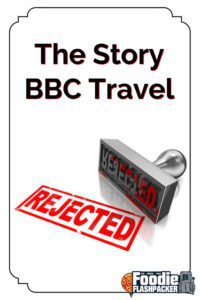 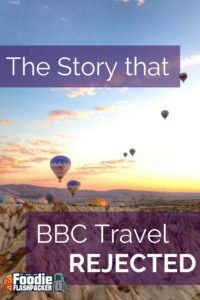 Background: BBC Travel put out an open call for submissions for their ‘Chance Encounters‘ series. It paid well, and it was a chance to be featured on BBC, so I obviously jumped on the opportunity.

While this is a departure from what I normally write about, I really quite like this story. My editor and I went back and forth on it and I spent quite a bit of time crafting it.

I emailed over the beginning of the story and was asked to submit the rest on speculation, but ultimately, the BBC passed on the story.

Even though BBC is passing on it, I like it enough to share here. And, despite the click-baitish title, I hold no ill will toward BBC Travel and hope to work with them in the future. So BBC, if you’re reading this, call me!

So, I present to you: The Story BBC Travel Rejected

My first night in Thailand, I matched with a guy on Tinder, we had apparently both swiped right. He invited me for drinks, but I was tired, jet lagged, borderline exhausted.

“Maybe we could meet tomorrow?” I suggested.

But tonight was the only time he was free. He was traveling with a friend, and she was sick. The rest of the time they had plans together.

“Sorry it didn’t work out then,” I told him, setting my phone down.

As I lay in bed in a cheap guesthouse, halfway around the world from my familiar life, it hit me. Wasn’t this why I had left home? Adventure, excitement, the possibility of something new— wasn’t this why I had sold everything I owned and come to the other side of the world with only what I could carry in a used backpack?

But now, when an attractive, seemingly interesting guy asks me for drinks, I can’t be bothered.

I grabbed the phone off the table to text him again.

“Actually let’s grab a beer,” I told him.

That night we met for beers and engaged in the usual first date banter. Where are you from, what do you do, etc. Afterwards we decided to grab more beer to take back to my guesthouse.

We stayed up all night discussing things with more substance. Politics, religion, racism. There was something between us and we both felt it. That indescribable feeling that writers have wasted so many words trying to describe. Chemistry, connection, timing, attraction –- it all seemed to come together at once.

As the sun began to rise on this small Thai island, we realized we were the cliché tourists: sitting on the beach watching the sunrise and still sipping beers as others went for their morning runs. 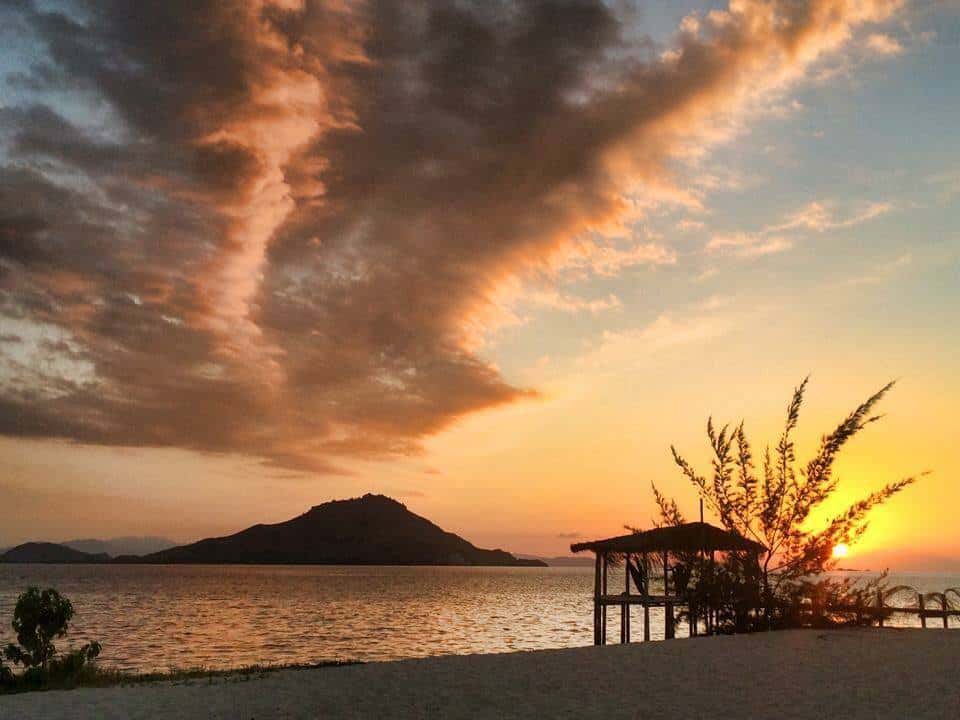 We spent the next two years dating, seeing nearly twenty countries together. Our love story played out all over the world. 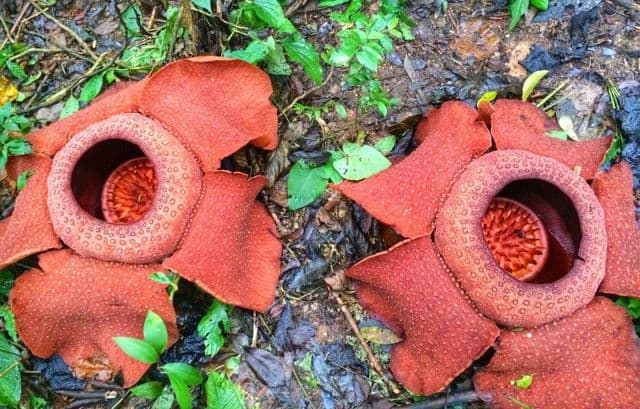 We shared his first white Christmas when we came home to the states to meet my friends and family. We rode hot air balloons over the fairy chimneys of Cappadocia. 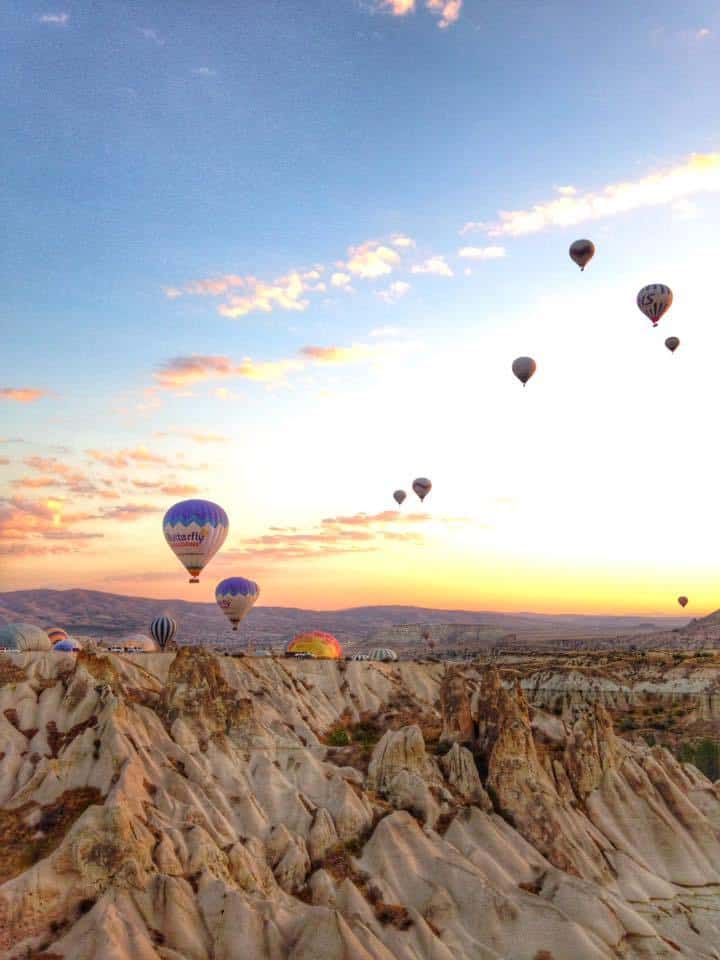 We went scuba diving off an idyllic island in Indonesia and traveled all of Iceland by car in search of the best waterfalls. 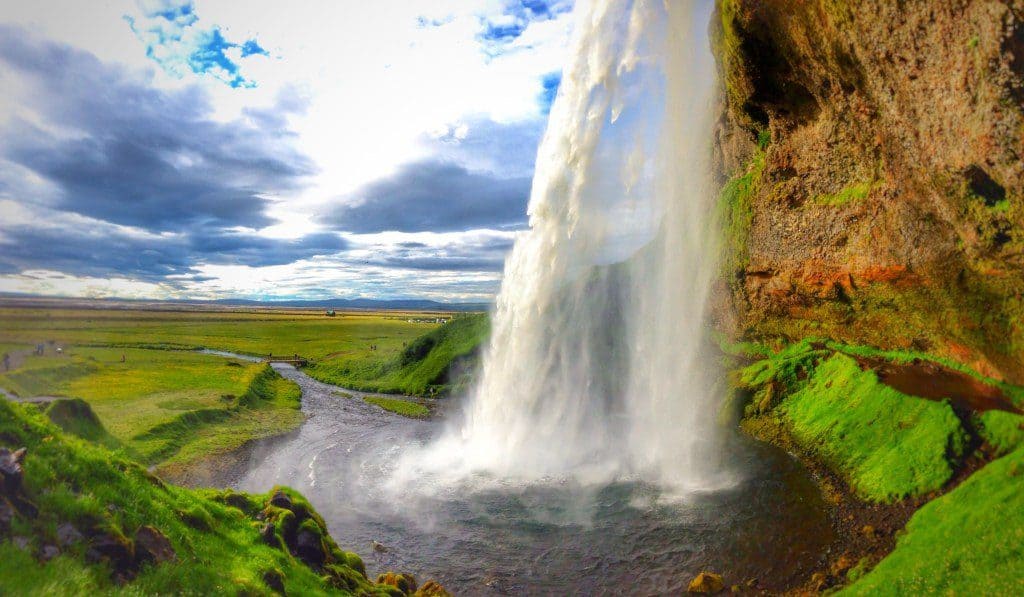 We climbed the temples of Myanmar. 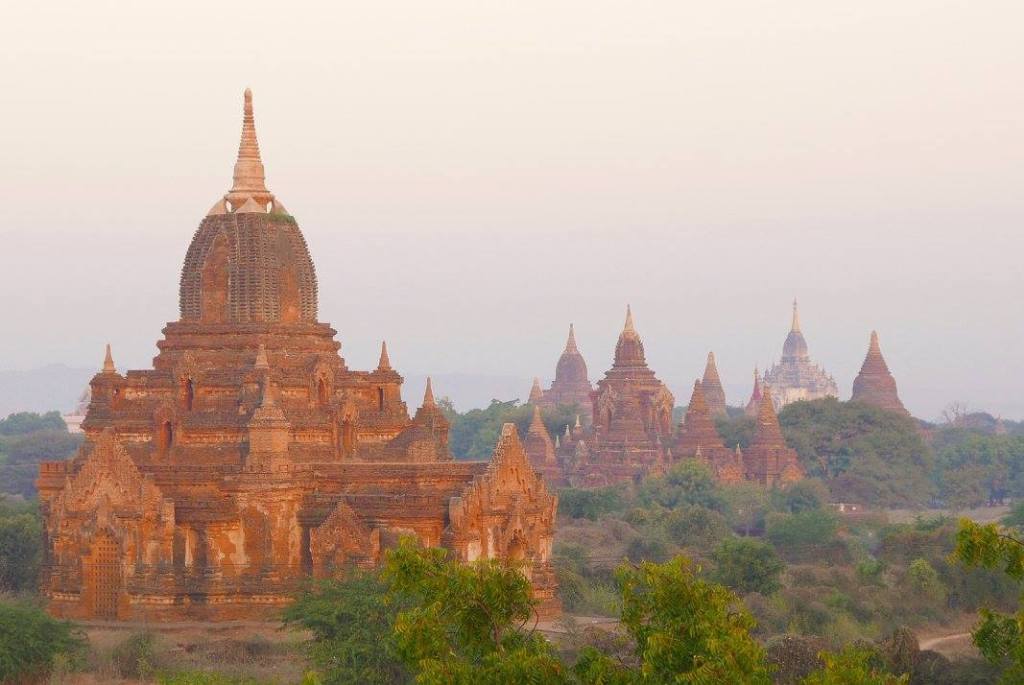 We sat on top of a stupa in Kathmandu and smoked hashish. We had authentic Turkish baths in Istanbul. We shared the perfect plate of pasta in Italy and had more than a little wine to wash it down.

We’ve been whale watching in Sri Lanka. We’ve argued on the streets of Bangkok. Twice.

At one point there was talk of marriage, kids even. I thought of proposing on the hot air balloon ride.

But eventually, the distance became too much. Never knowing when we would next see one another. During our first year of dating, we went three months without seeing one another. It was a relationship dependent on wifi, we joked.

We realized that as much as we cared for one another, the conditions were impossible. I feel if relationships are difficult then long distance relationships where you both live on different continents are even more so. His job as a flight attendant allowed us to see one another often, but it was always unsure, never certain.

We realized it would never work unless one of us quit traveling, and neither of us were ready for that. We had both left our homes and given up everything to follow our common dream of seeing the world, and the thing that had brought us together played the lead in our undoing.

It turns out travel was our real first love.

Today, he’s still one of my best friends. I’m actually flying to Bangkok to meet him tomorrow.

All from a single swipe right. 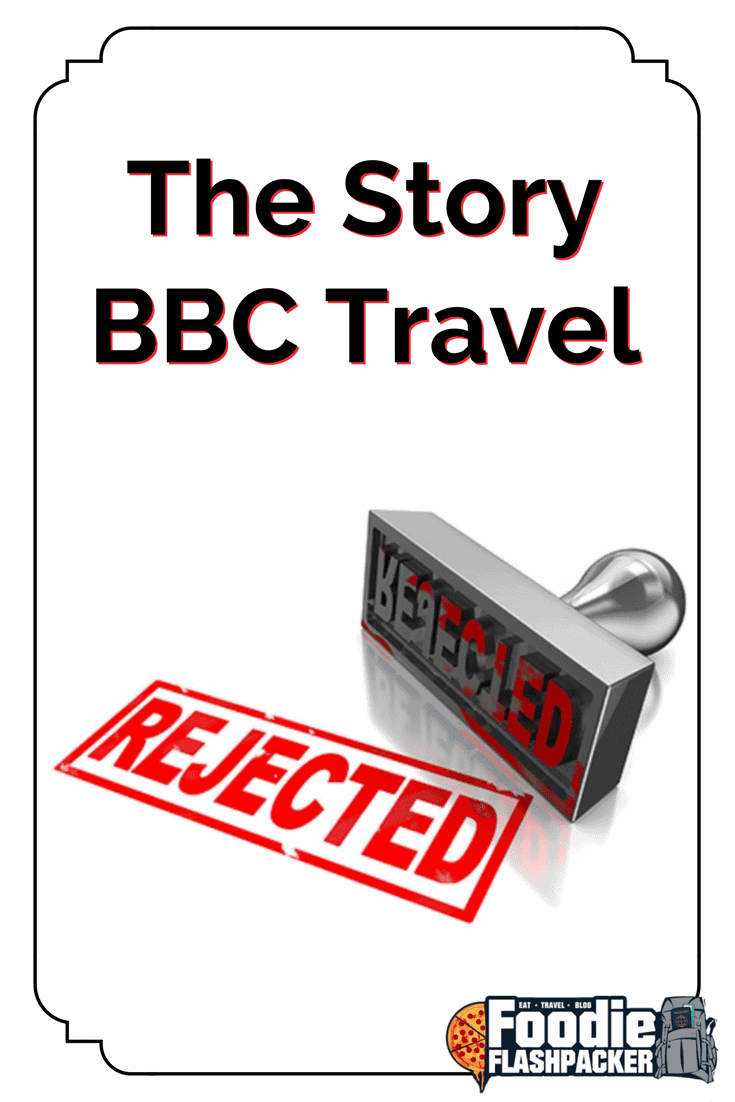 Hey Nathan! I stumbled on your site in Nomadicmatt's course. Just wanted to say hello and OMGee I lOVE food and your site and stories are great! Thanks for sharing your rejected BBC story -- it's interesting where travel ends up taking us in life :)

Thank you, Trang! I appreciate you saying that. I assume if you're also in the course you must be starting a new blog. Best of luck with it and although I'm far from an expert if you ever have any questions you feel I could help with feel free to contact me.

That's a bitter-sweet story that was well written. What was BBC Travel thinking?

Thank you for saying that! I really love that story. I was really hoping they would take the piece but next time, hopefully!

Thank you, I appreciate you saying that! I really love that story. It's one of my favorites!

I am reminded of something Jessica Lange said in an interview when asked how she got so lucky to have had such great men in her life (Paco Grande, Mikhail Baryshnikov, Sam Shepard). She replied, "How did they get so lucky?"

That's incredible and I have to say I'm the gal who doesn't text back when I'm too tired or can't be bothered.... I know, I know...... too lazy to get out of my own way huh! You inspired me Nathan.... and gave me a great yarn - cannot imagine why BBC rejected it.