I don’t often blog about blog-related things. But, I think reading about my experience at TBEX Ostrava might interest some of you. Take it as a behind the scenes look at my blogging life.

If you follow me on social media, you know I recently spent several weeks in Czech Republic attending TBEX, a blogging conference.

TBEX is the world’s largest travel blogging conference. It is a two-day event flanked by tons of pre and post activities designed to familiarize you with a country and empower bloggers to share the experiences with readers like you.

There are multiple TBEX conferences held worldwide every year, with one a year in Europe. This year’s European host city was Ostrava, the third largest city in Czech Republic and located right next to the Polish border.

I had already attended one TBEX event (TBEX Manila) so I knew what I was getting into (or so I thought).

This TBEX was loaded with way more pre and post events than my last one in Manila. In fact, I started attending (unofficial) meetups in Prague some 370 km (230 miles) from the conference a full week before the conference. 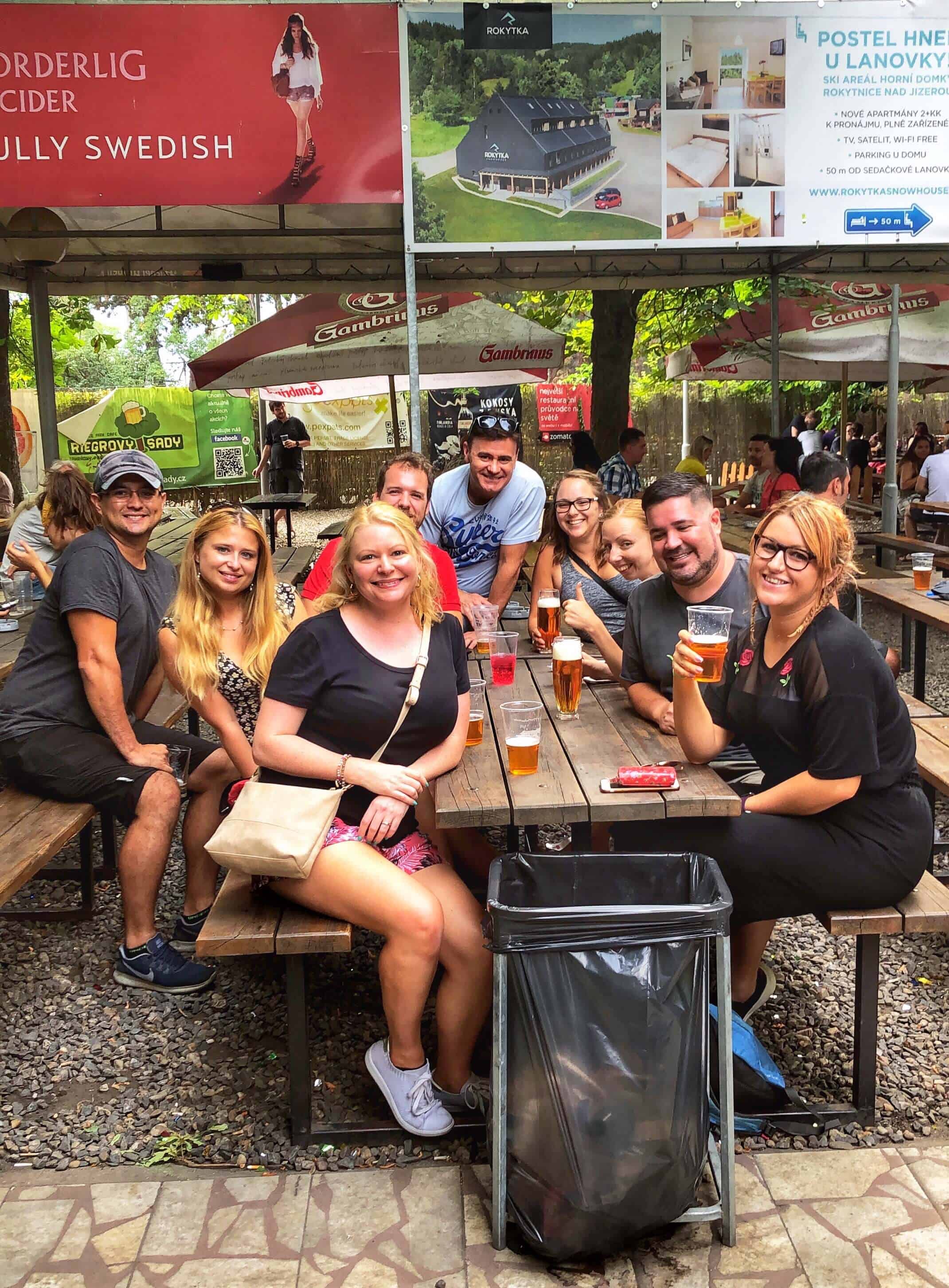 This may look innocent enough, but it ended eith 2 a.m. shots of absinthe

These pre events were not only a way for us to get familiar with the region before the conference, but also a great way to meet fellow attendees.

Some events were open to everyone, while you had to apply for others. One event was a tour of the Prague airport that included a scenic flight over Prague.

I initially applied for this event because of the scenic flight, but I actually ended up finding the airport tour more interesting than I expected. We toured the inner workings of the airport and got to see the back-end customers never experience. We visited the actually flight control rooms and even the huge luggage area, where we learned what happens to our bags after we check them in.

But, of course, the highlight was the flight over Prague. We flew in a TINY plane that could only hold six people, including the pilot! 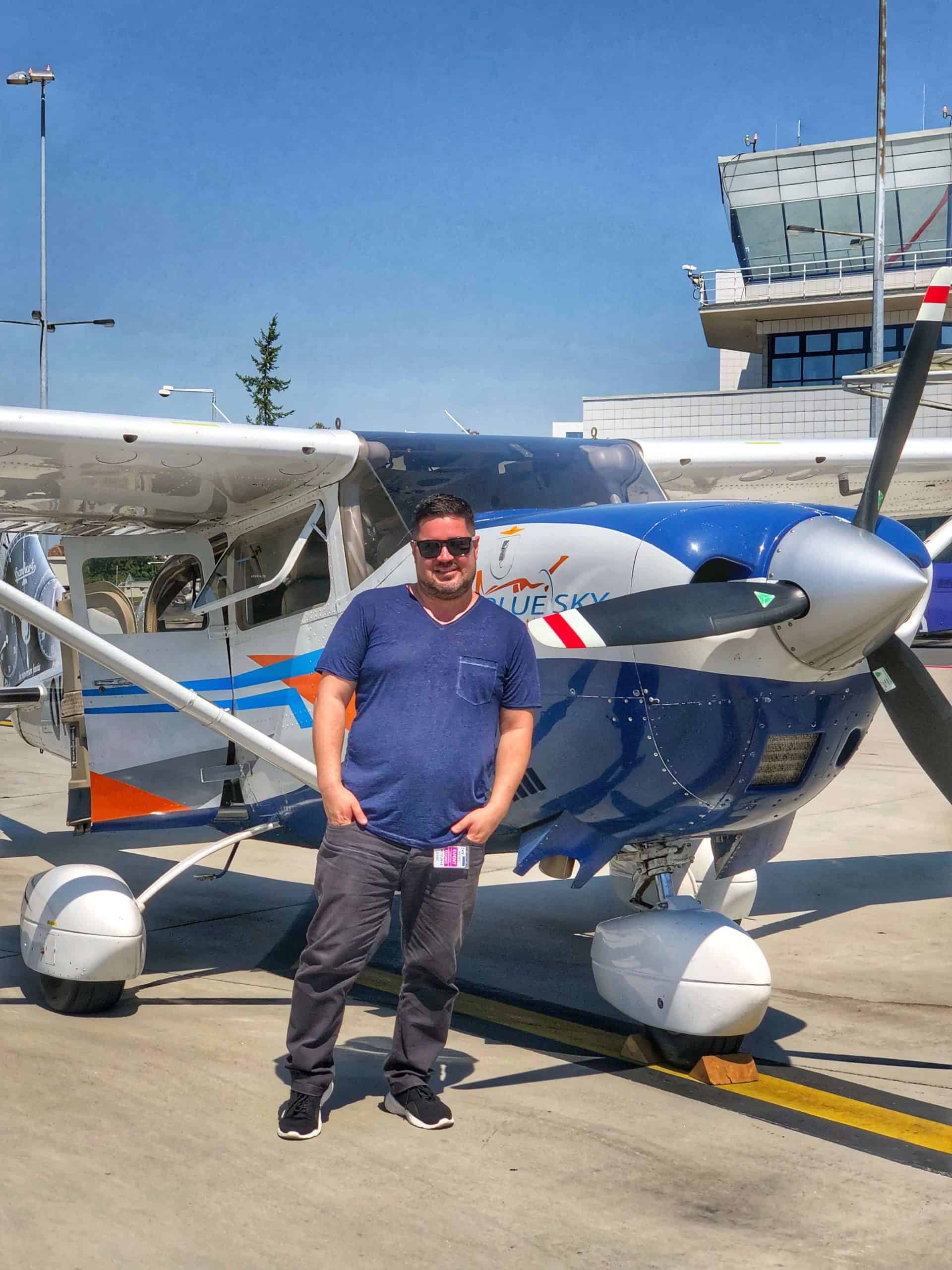 While only a quick 20 minutes, the ride over Prague was really gorgeous. Our flight path even took us over a castle.

After the plane ride over Prague, we quickly jumped on a (first class) train to Ostrava, where the conference would begin a few days later. But first, I had more pre events to get to in the conference city!

I was excited for this conference for a lot of reasons. One of the main ones was that my friends from Hand Luggage Only were giving the opening keynote. I met these guys when we attended the Nepal press trip last year, and I was happy to catch up with them again. They are such huge names in the industry, yet are genuinely nice guys that are always down for a beer and a laugh.

By the way, they totally nailed the talk, like we all knew they would. 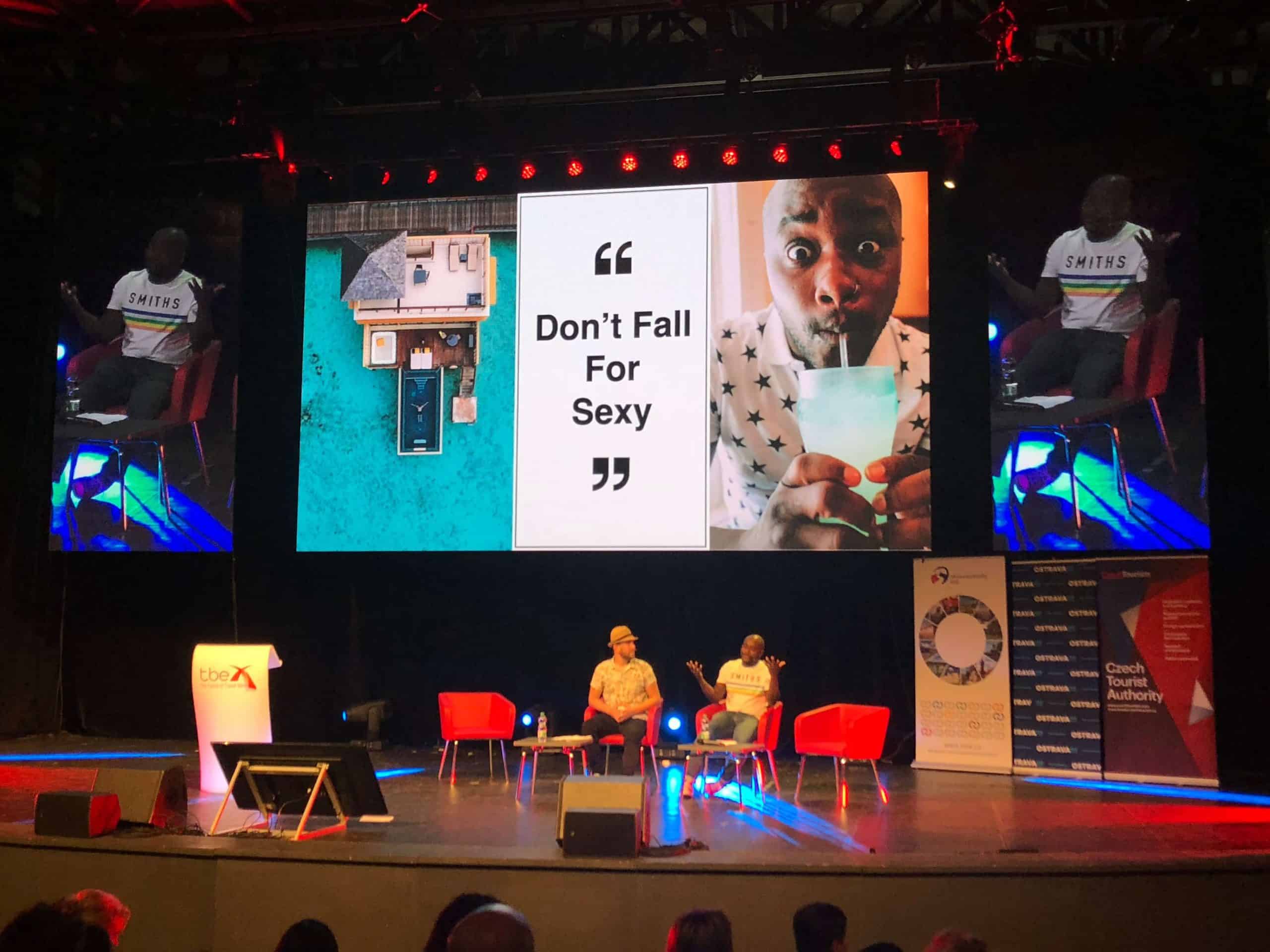 Next up were a bunch of breakaway sessions. Attendees got to choose which ones to attend based on your blogging niche. The organizers had a wide variety of topics and we had no problems finding relevant talks.

I attended several great ones, but my favorite was given by Gemma and Laura of Make Traffic Happen. They discussed how to optimize blog posts to get more site traffic. I can’t wait to start implementing their suggestions.

The couple from Hey Dip Your Toes In also gave a talk about working with brands and developing long-term relationships. It gave me a lot to think about going forward.

Finally, the conference’s closing keynote was one of the best I’ve ever seen. Given by two local guys I had never heard of, they run a popular YouTube channel called The Honest Guide where they give travel advice for visiting their home city of Prague. 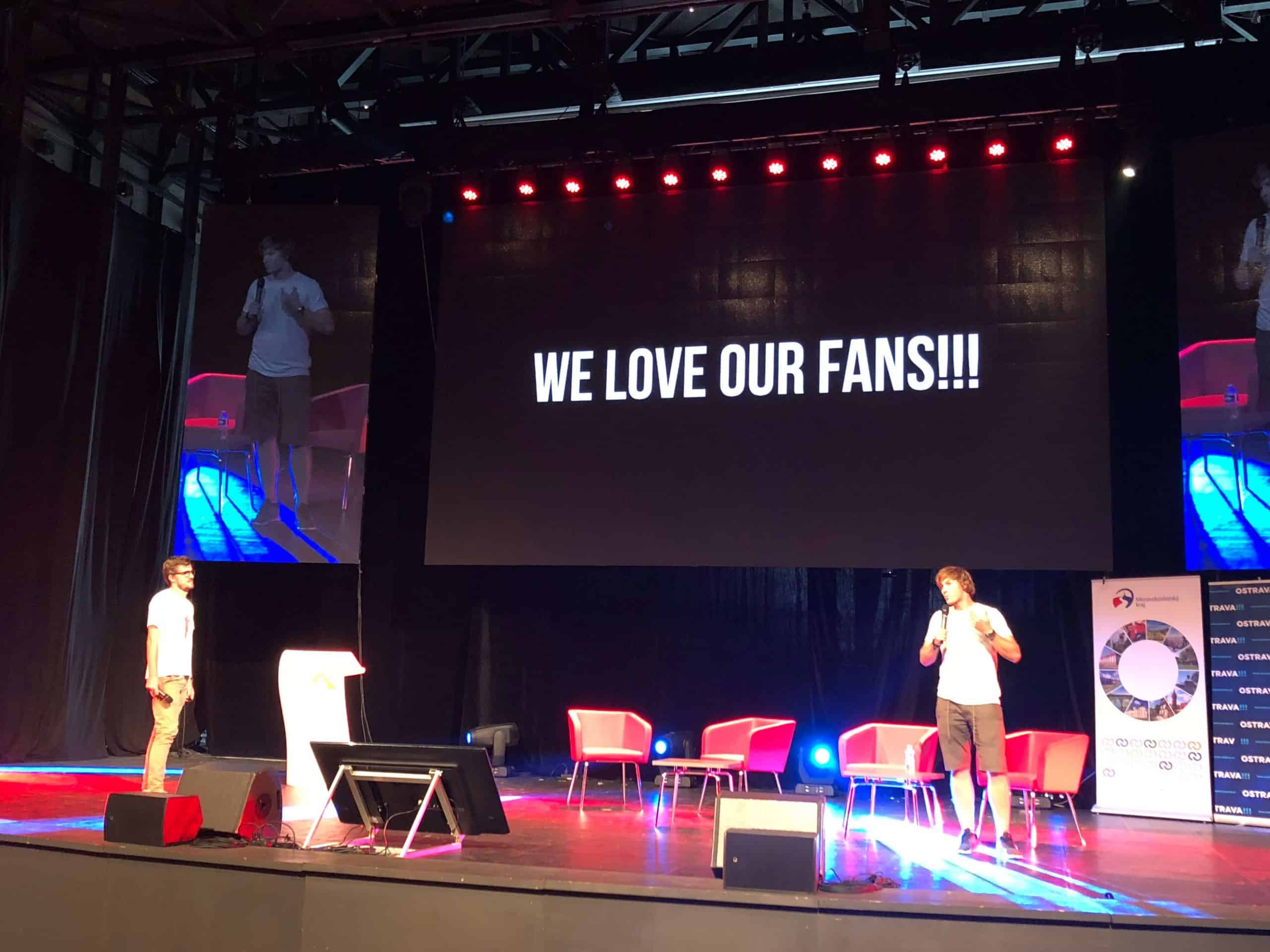 Onstage, they were absolutely hilarious. I signed up to start following them on all of their channels. But then I (sadly) found out they are much more serious in their videos than they are onstage.

Still, these two are an incredible travel resource for anyone planning a visit to the Czech capital.

Of course, no conference is complete without nightly parties. There were opening parties, closing parties, beer tours, an LGBT history pub crawl (which we crashed since the list was full) and my favorite—a cryptomania networking event.

For that one, we divided into teams and scrambled around the city solving crypto puzzles. The clues led to a private champagne-fueled popup party.

Why was this particular event my favorite? Because my team won. I would love to say I carried us to victory, but that would be a lie. 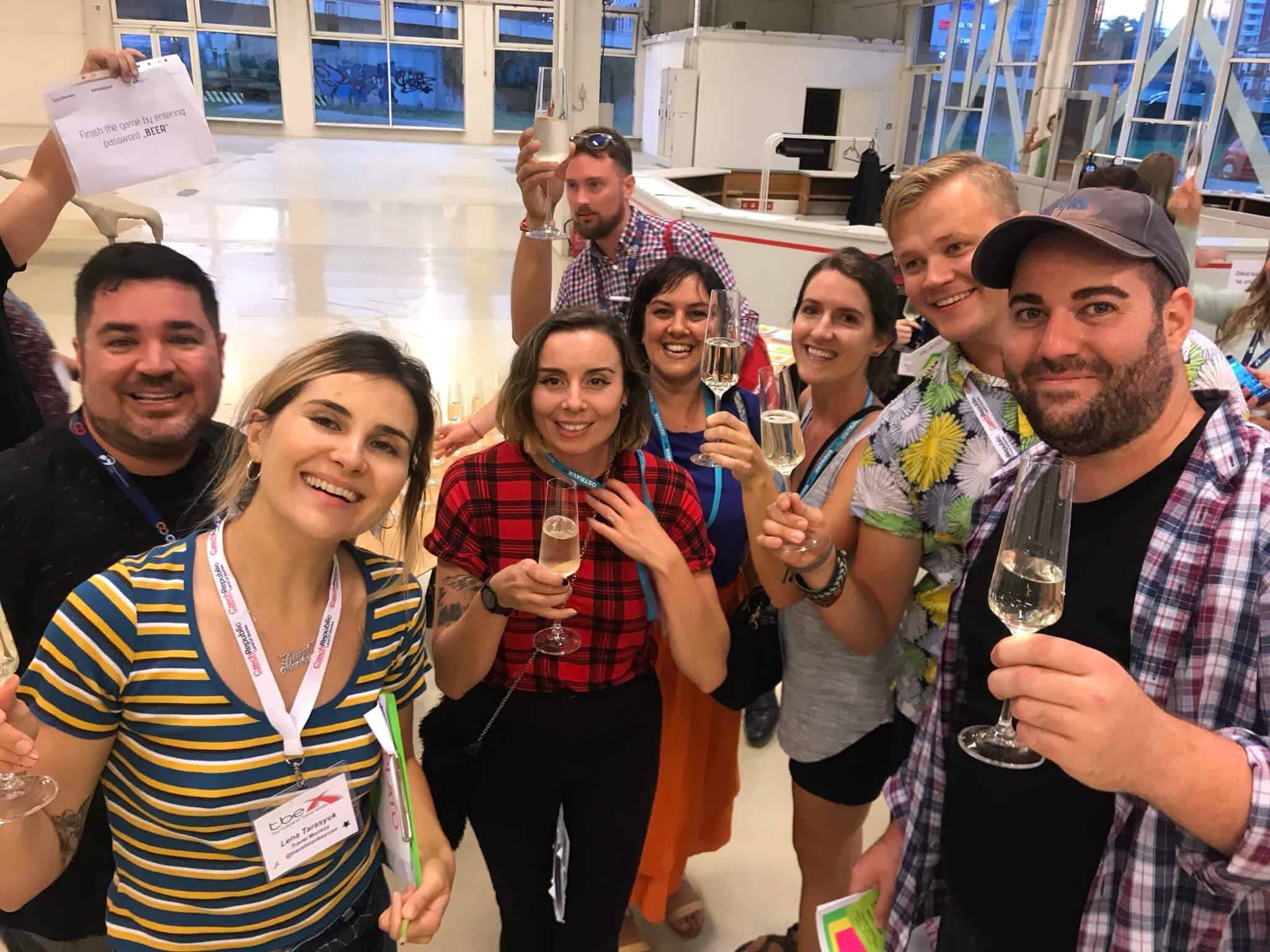 One of the prizes for winning this contest was a ticket for a future TBEX, so I’ll definitely be attending another conference soon!

The morning after the closing party, we all said our goodbyes and made our way to our post conference tours. Like the airplane ride over Prague, these were tours ones that you needed to apply for. Fortunately, I was accepted to the group sent to South Moravia. This region of the country is famous for their wine making.

Our first stop: Brno, Czech Republic. Here, we climbed a tower in the middle of town to get this view: 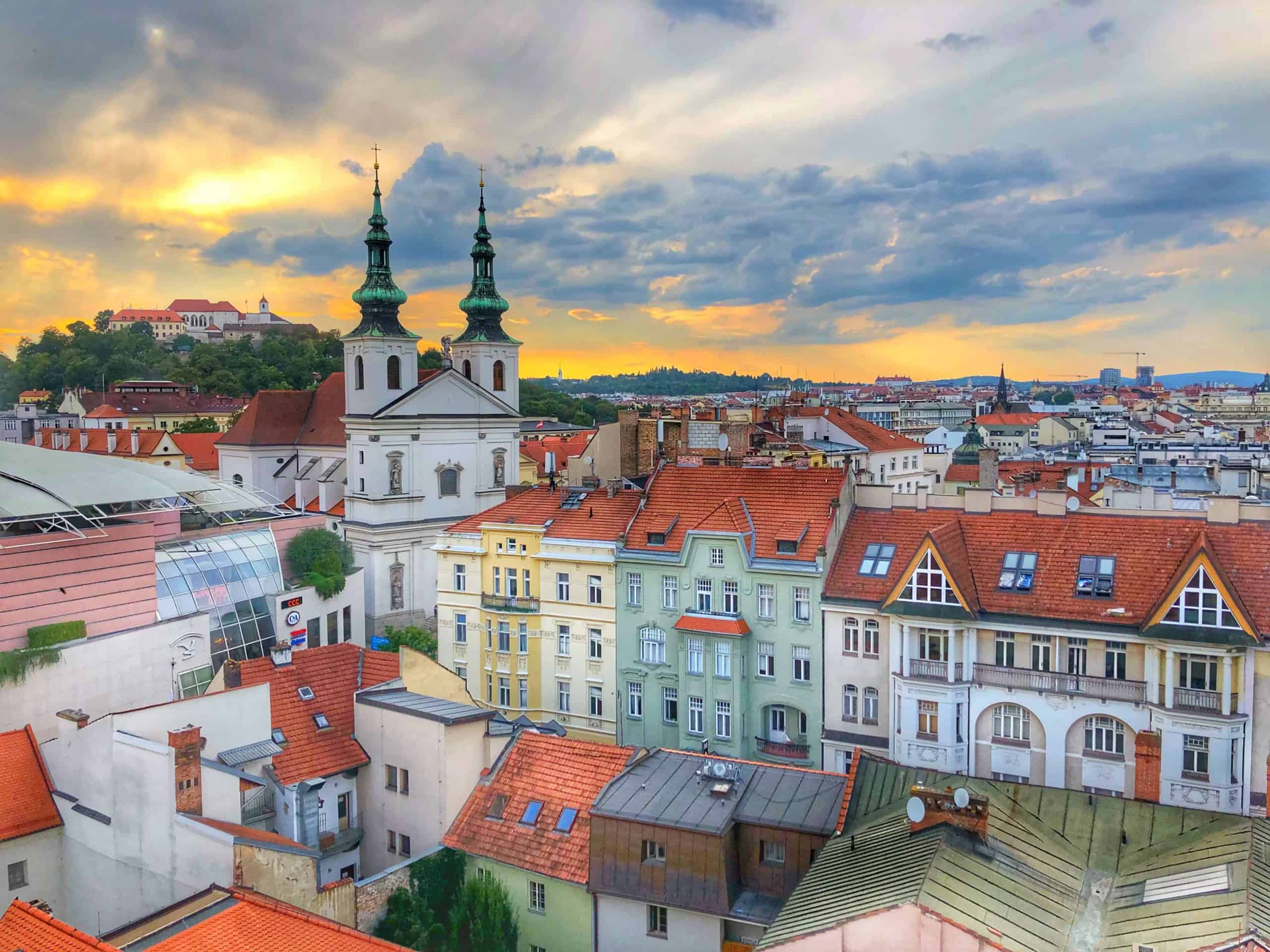 As we toured the region for the next few days, we ate at some of the best restaurants 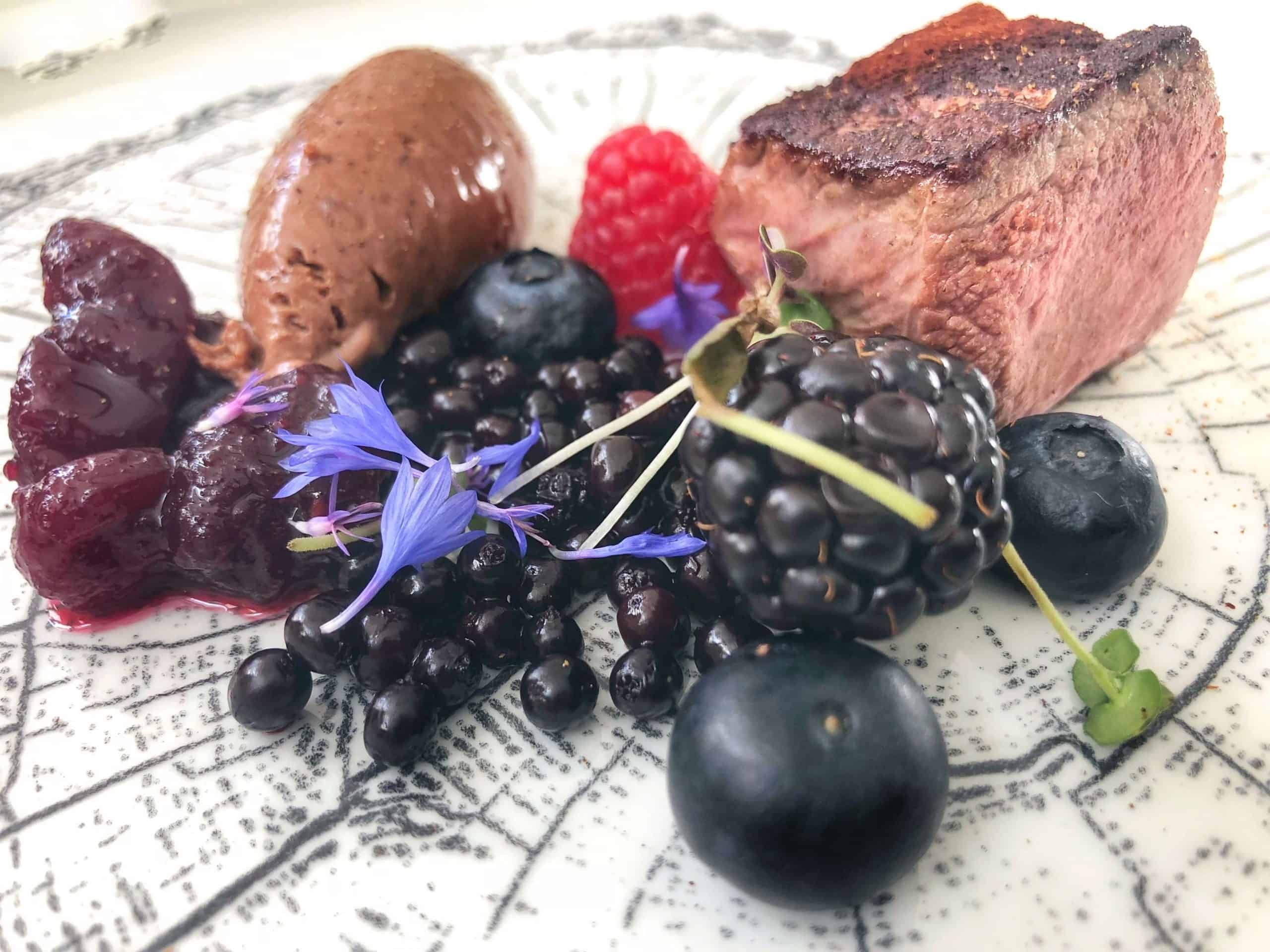 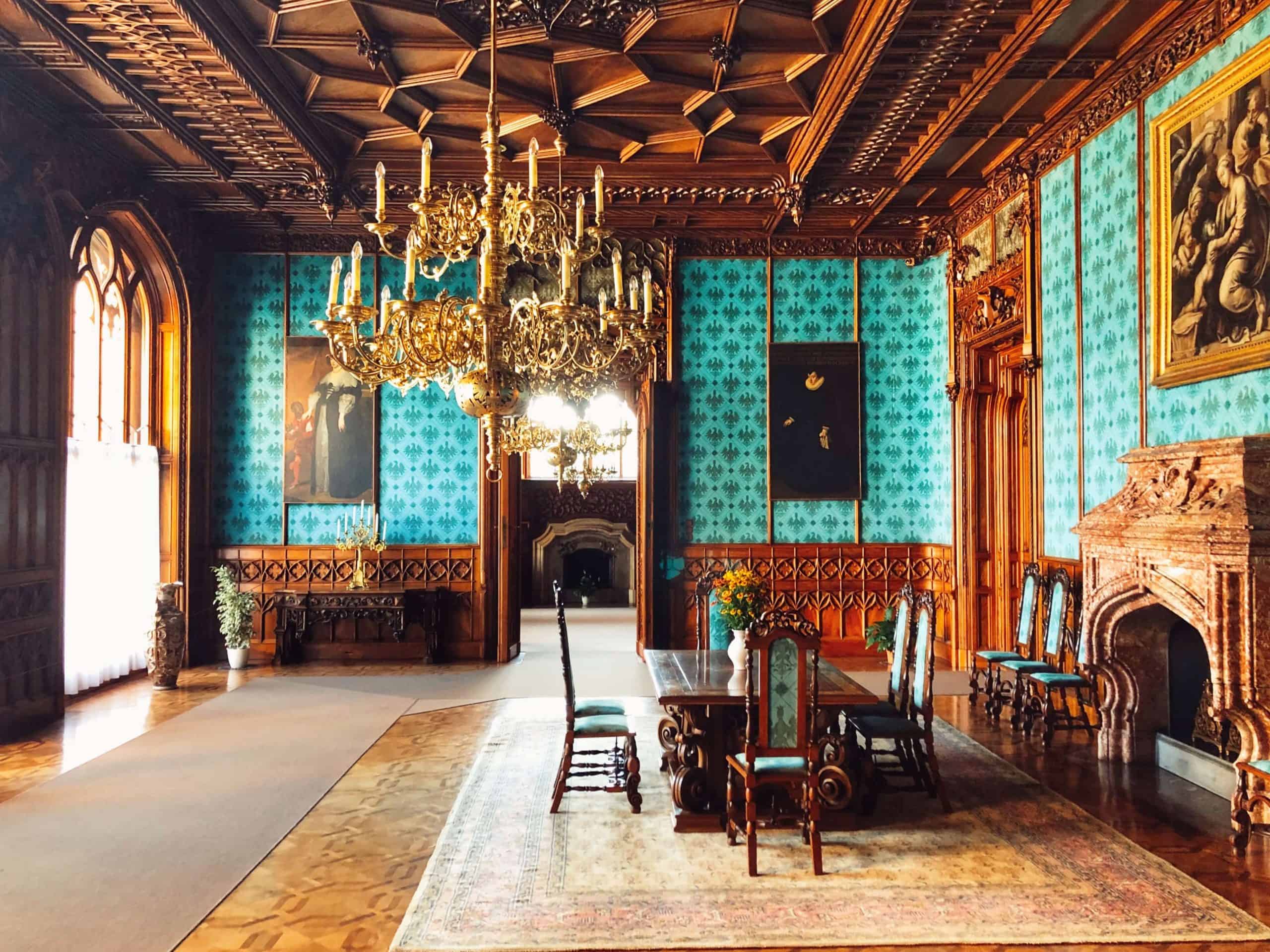 and visited Unesco World Heritage Sites like the Villa Tugenhadt, an impressive example of modern architecture. 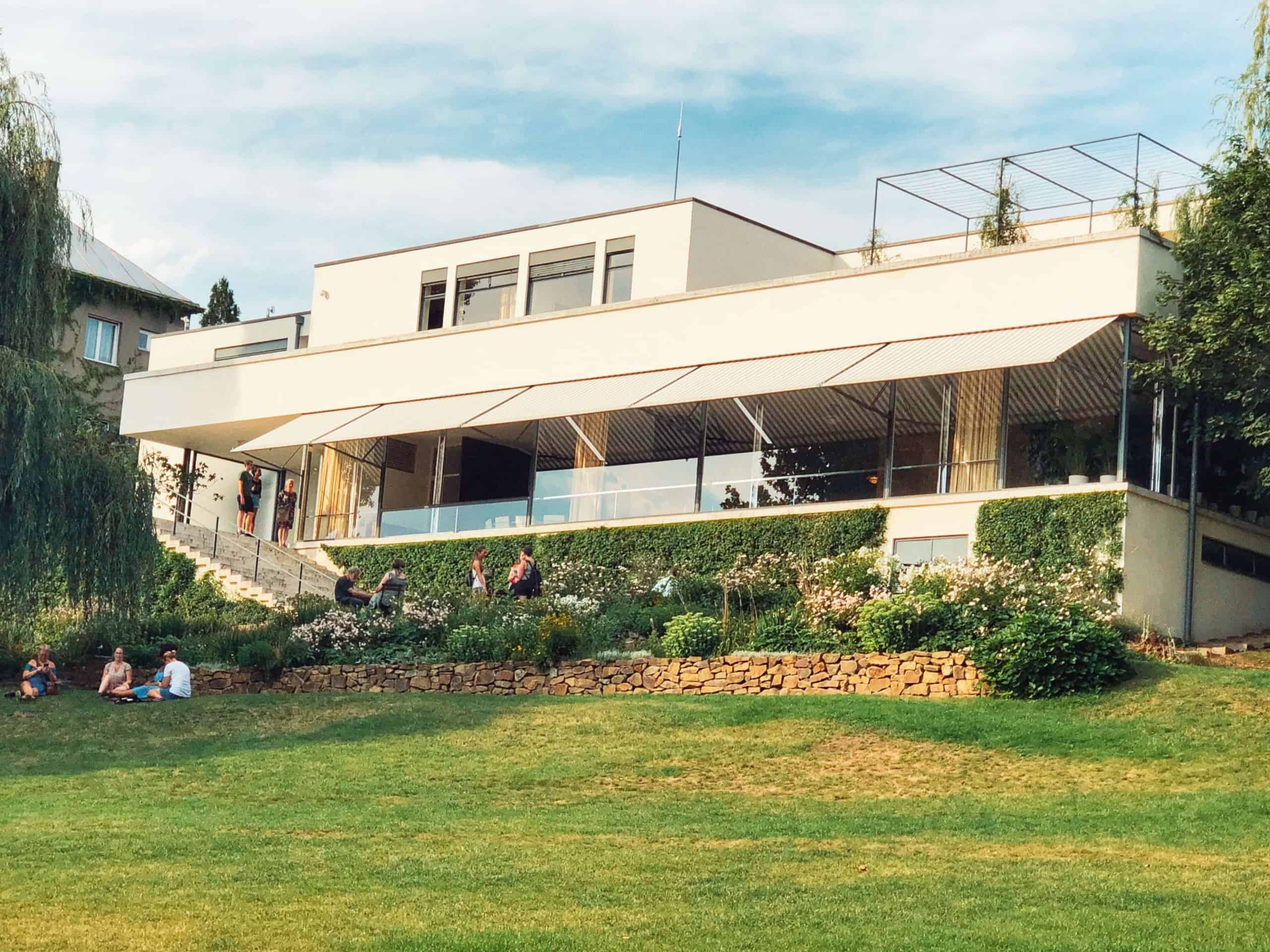 The highlight of the trip? We took a hot air balloon ride over the town of Brno. 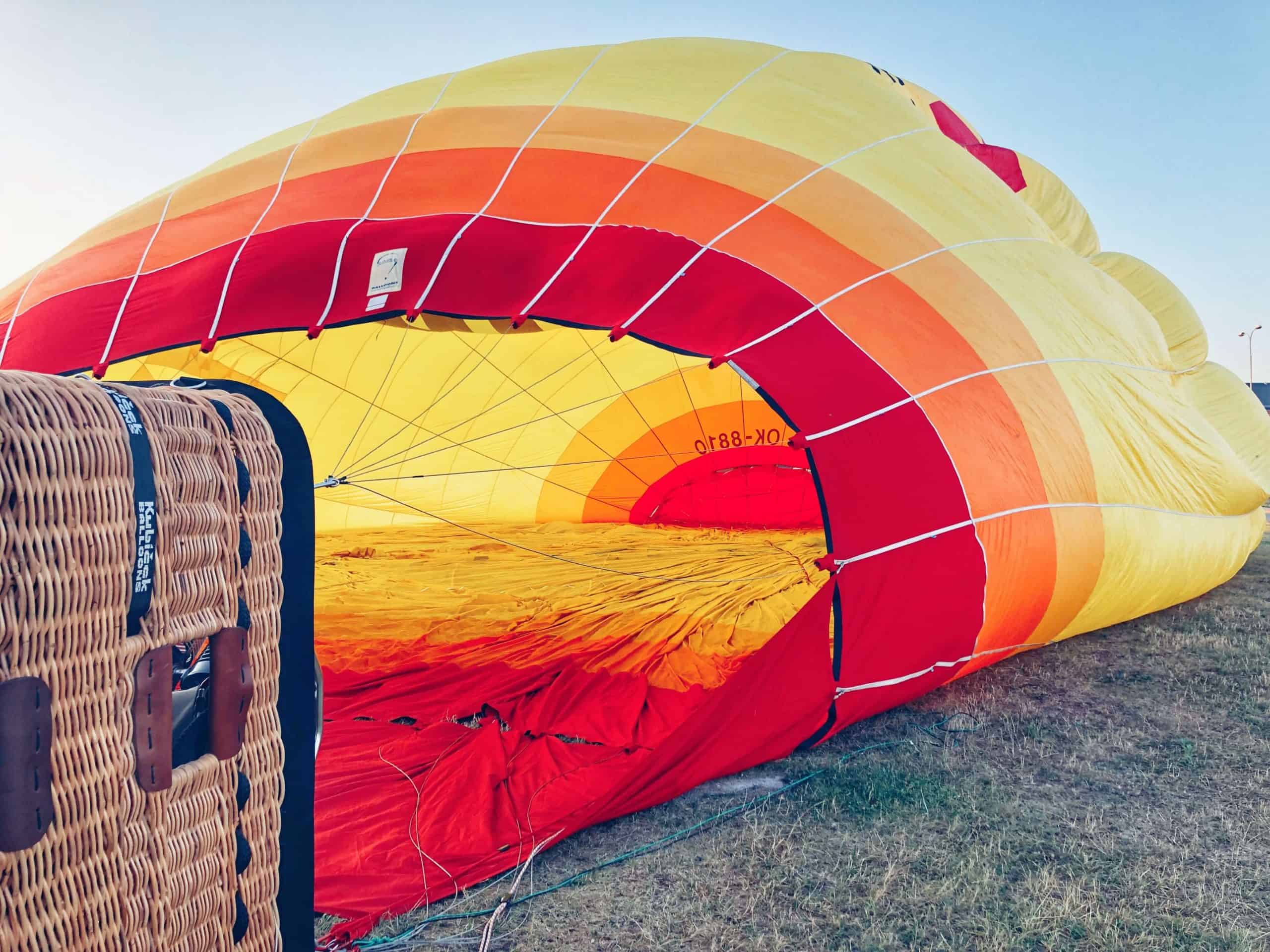 It was only my second balloon ride ever (the first was a hot air balloon ride in Cappadocia, Turkey years ago).

The views were stunning. But those who watch my Instagram stories know we had a bit of a crash landing. 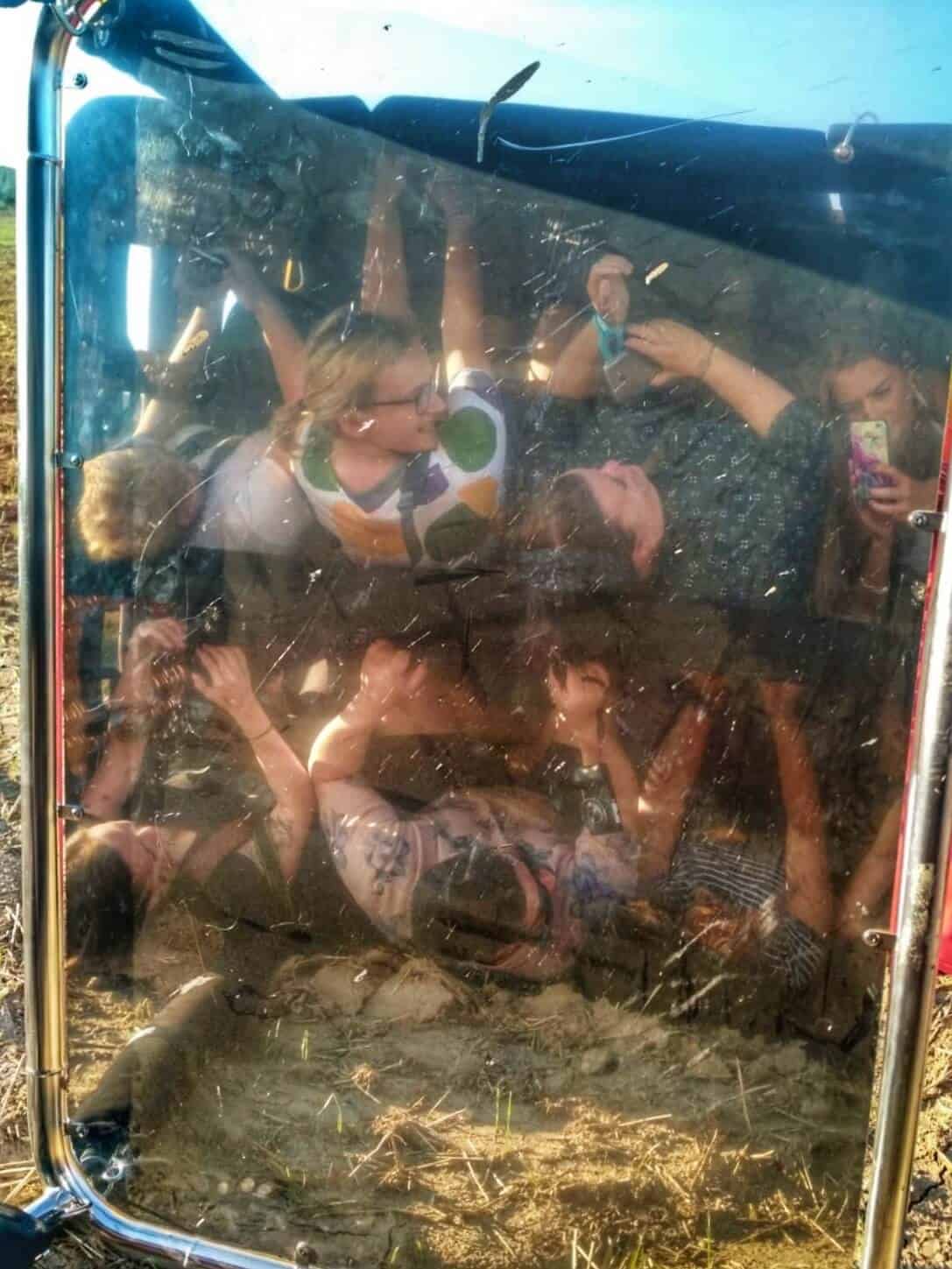 Hanging upside down after our crash landing

Fortunately, it was a soft landing. No one got hurt but it did makes for funny stories, especially if you guys saw the video of us upside down!

Next, we made our way to the nearby town of Mikulov for the night. There, we toured wine cellars dug into the sides of hills that expanded far underground. I had never seen wine cellars like this. Each of the cellars produced wines ranging from simple to intricate. 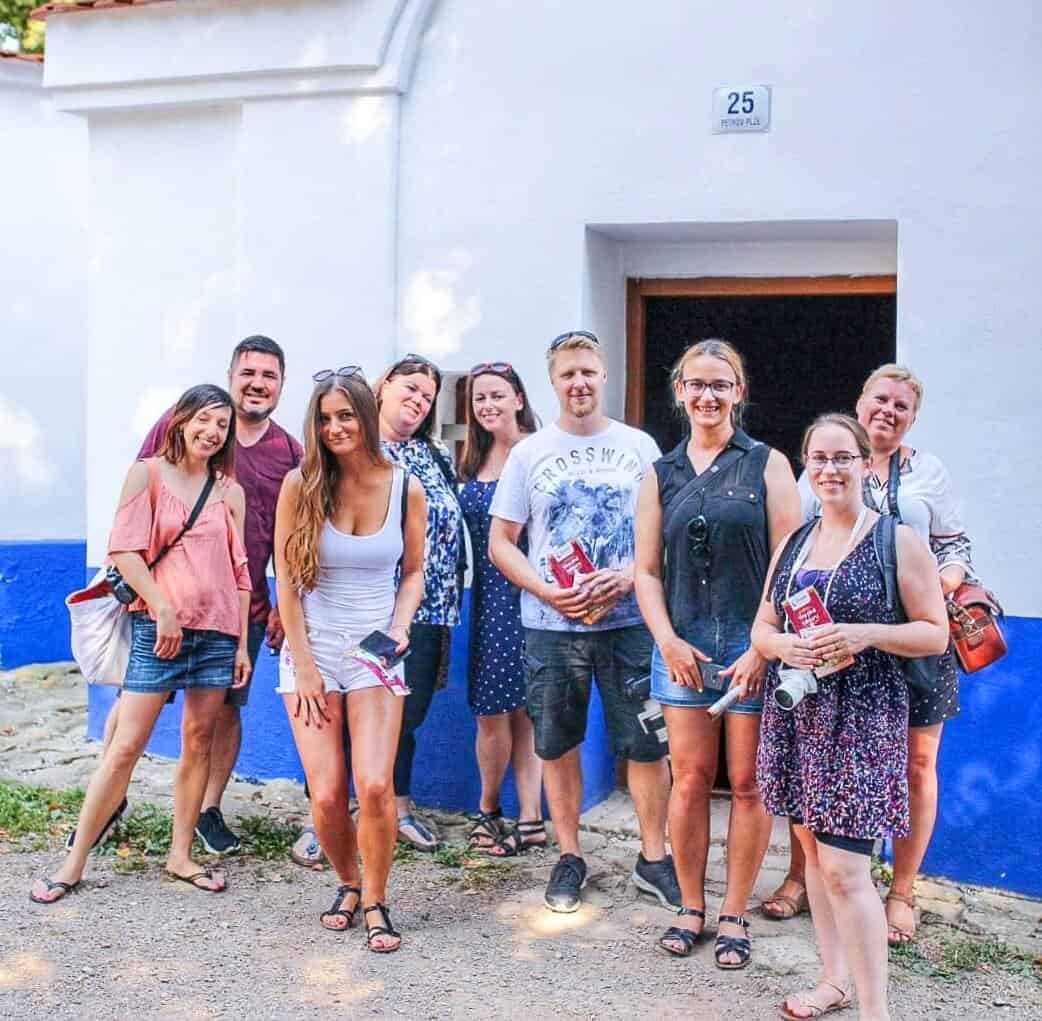 At every place we visited, friendly winemakers met with us, eager to share their wine and keep our glasses full! 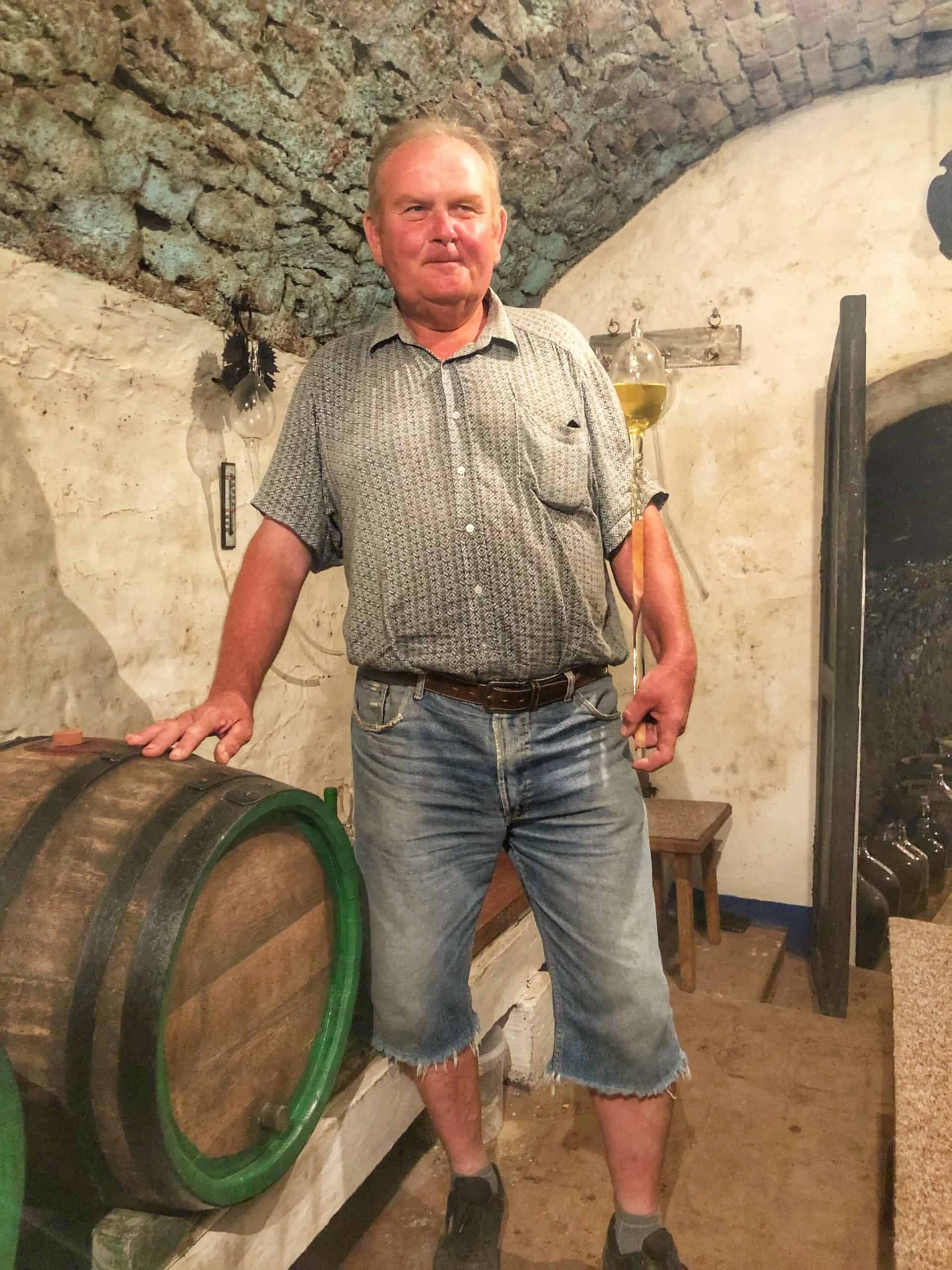 On the way back to Brno, we were scheduled to “meet the aunties”. I didn’t really understand what that meant.

We arrived at a house and were greeted by a group of older Czech ladies. I would argue that they are more grandmotherly than aunt like, but whatever. This stop turned out to be one of our favorites.

First things first, they poured everyone a shot of raki—strong homemade liquor. Next, they passed around homemade products and gave us demonstrations of how they had made them.

As you may know, I’m not one for sweets. So, I tried to decline the homemade pastries one of the aunt’s offered. “No, take one,” she insisted. 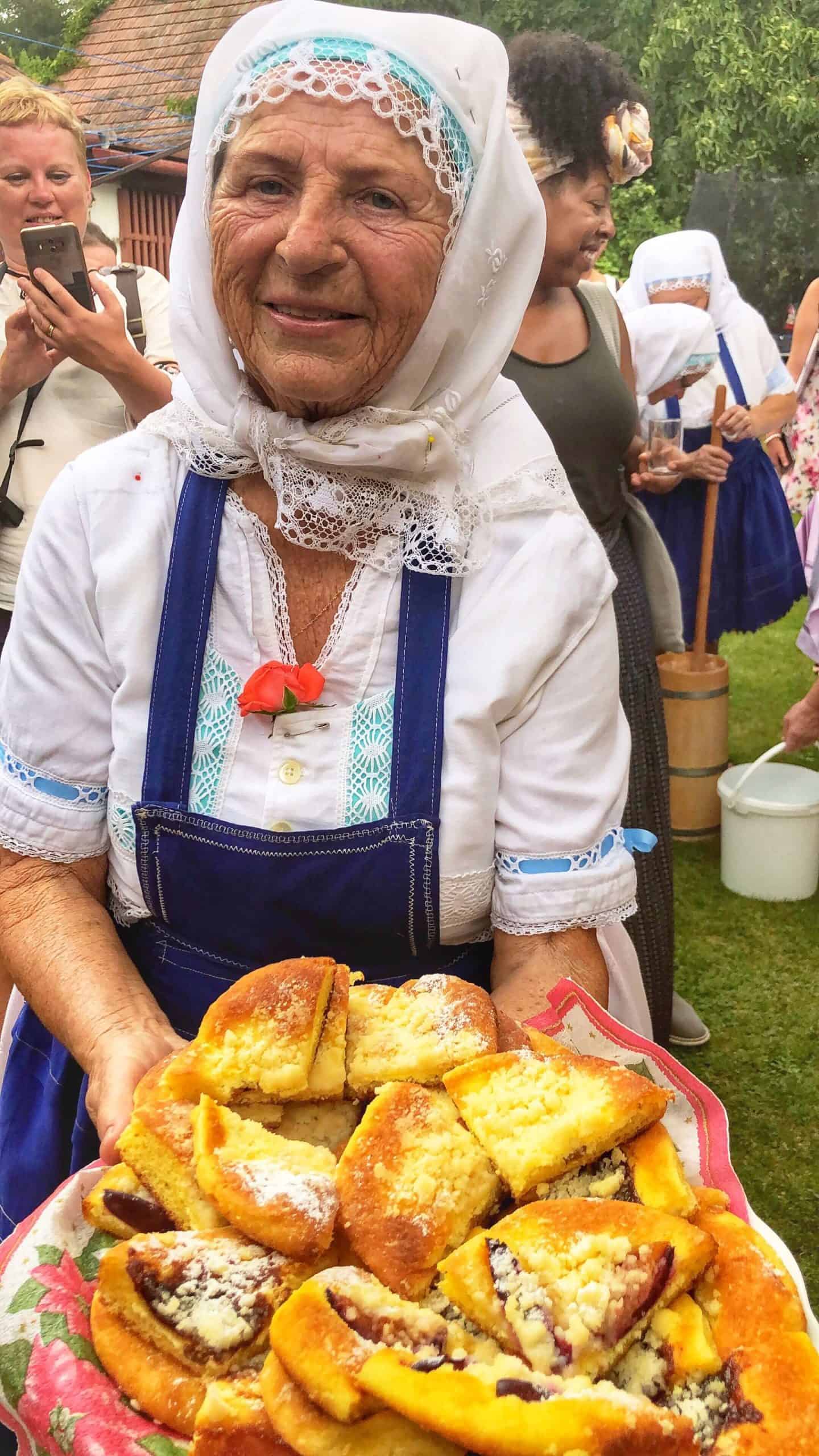 How could you say no to her?

Saying goodbye is always a bit sad. We had all become such fast friends—especially after surviving our hot air balloon crash!

Fortunately, the organizers had planned a gorgeous garden party for us to say our goodbyes. 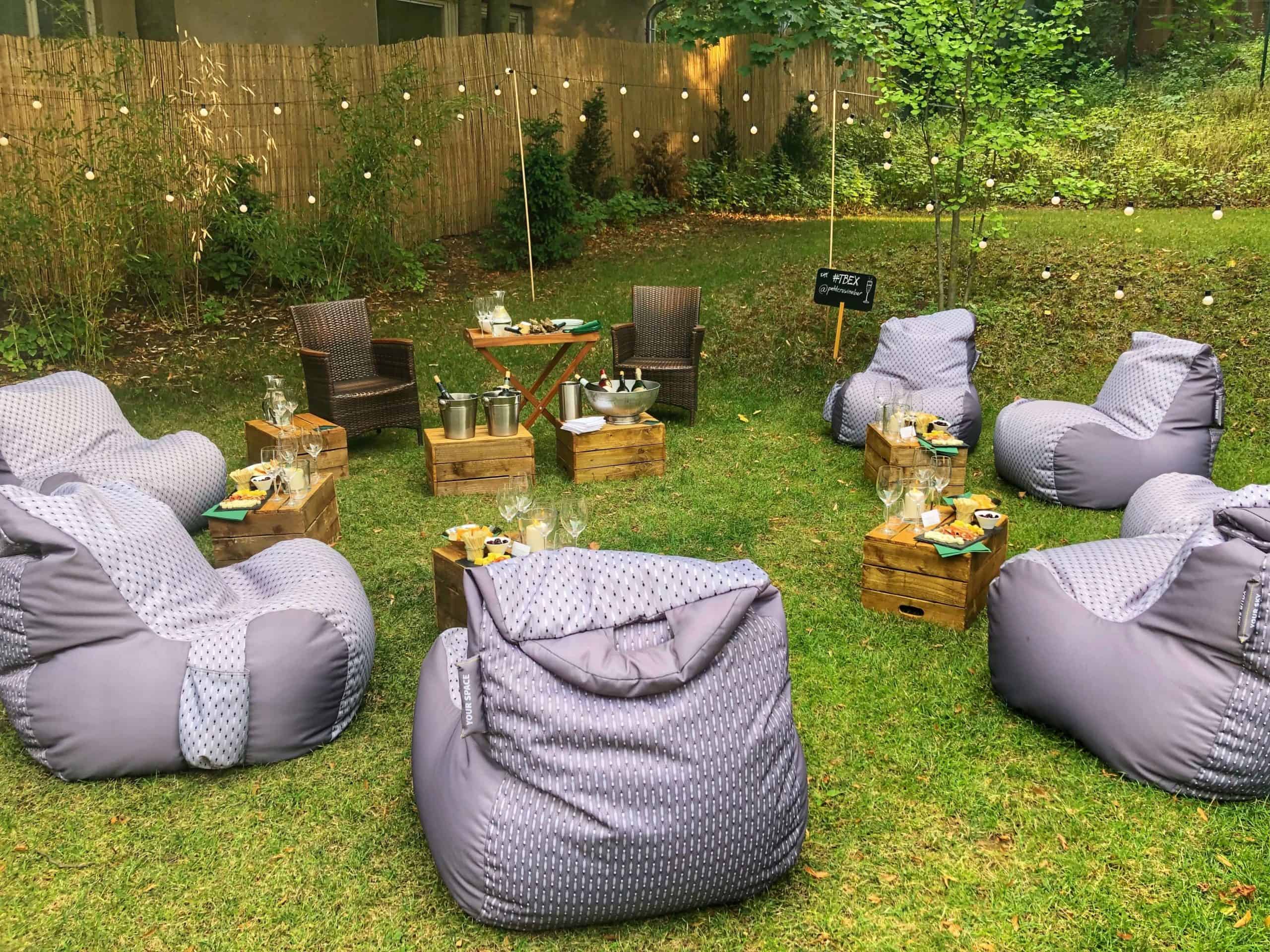 There, one of the top chefs in town shucked fresh oysters and poured us a few of his favorite wines from the region. 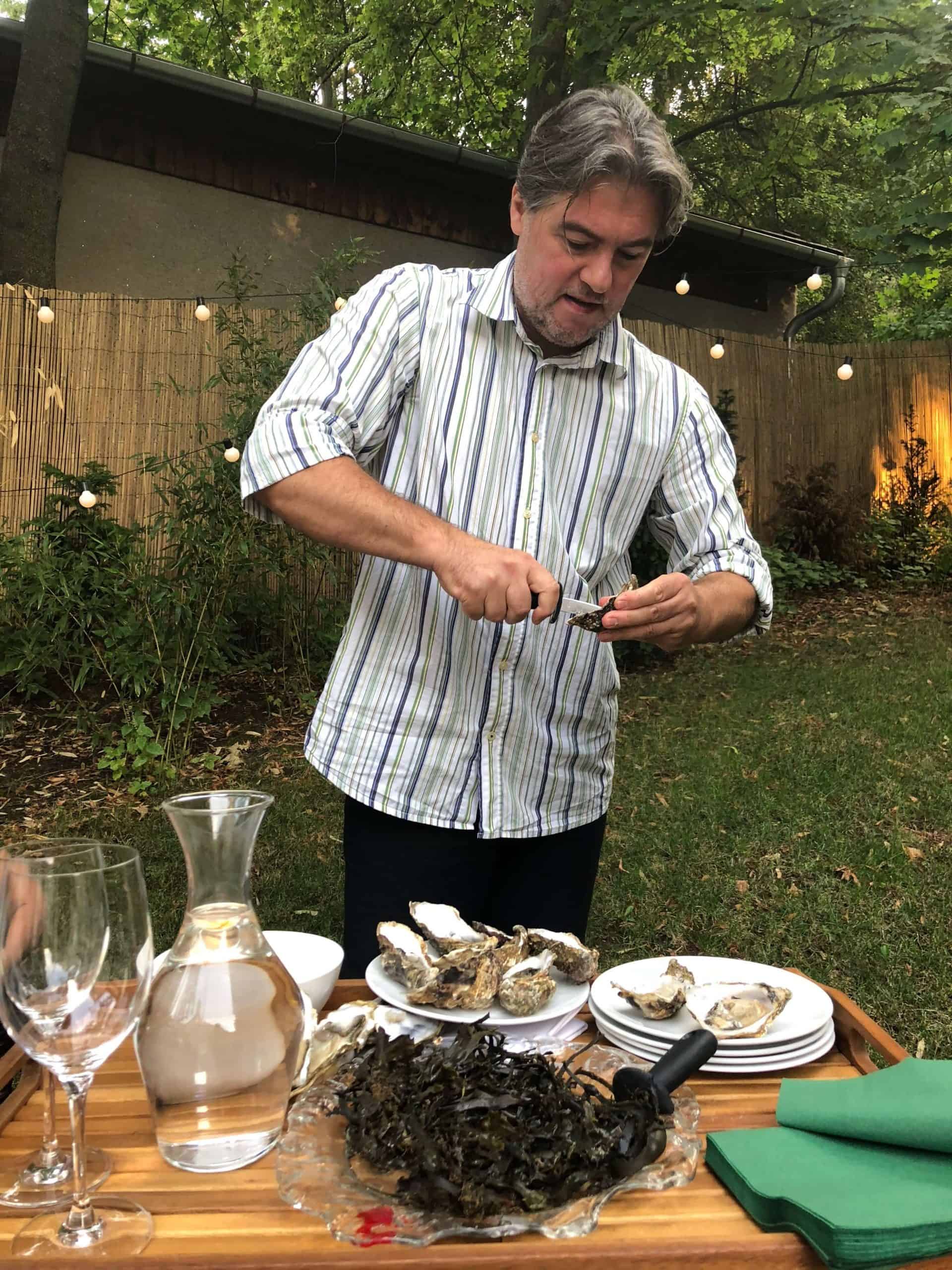 All in all, it really was a perfect way to say goodbye. And, all would have been well except…for our last night the organizers arranged for us to stay in a nuclear bunker. The dorm/hotel had been converted from a fallout shelter.

I didn’t mind it so much, as it was only for one night and makes a good story. I did hear that some people with breathing issues weren’t able to stay overnight.

If you want to read a funny account of it, check out my friend Tammilee’s post. I laugh every time I read it.

Unfortunately, it’s impossible to mention everything we did at TBEX. Like I said, our schedules were jam-packed. But these are my favorite memories from my time there.

Below, I have included a couple of links for you guys to check out if you like. One of the best things about TBEX is catching up with bloggers I already know. I also love the opportunity to meet new bloggers doing some really great things. In addition to those I’ve already mentioned above here are a few names that were new to me but I’ve since started following. Check them out! You might like their work as well:

Jon from Here Be Barr is doing some really cool stuff. I especially like his cost of living in NYC vlogs and of course, foodie vlogs like this new one he put out about Mexican food in NYC:

What do you think was the coolest part of TBEX Ostrava? Let me know in the comments section below!