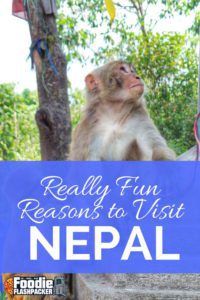 During the HTM 2017 Conference, we were fortunate to spend time being shown the gorgeous country of Nepal on organized trips before the meetings began.

During the talks, we learned that although many people focus on Everest as the jewel of Nepal, the country wants to showcase more of the region to encourage tourism after the devastating earthquakes that rocked the region in 2015.

After nearly a month touring the country, I present to you the highlights of Nepal (other than Everest).

Chitwan National Park is Nepal’s first national park and was designated as such in 1973. In 1984 the park was named a UNESCO World Heritage Site.

The park is famous as one of the few remaining places in the world where you can see Bengal Tigers in the wild.

Although we weren’t able to see any tigers during our visit, the park also is home to leopards, sloth bears, river otters, foxes, wild boar, honey badgers, hyenas, wild dogs, and numerous types of birds.

We were able to spot one of my favorites: rhinos. 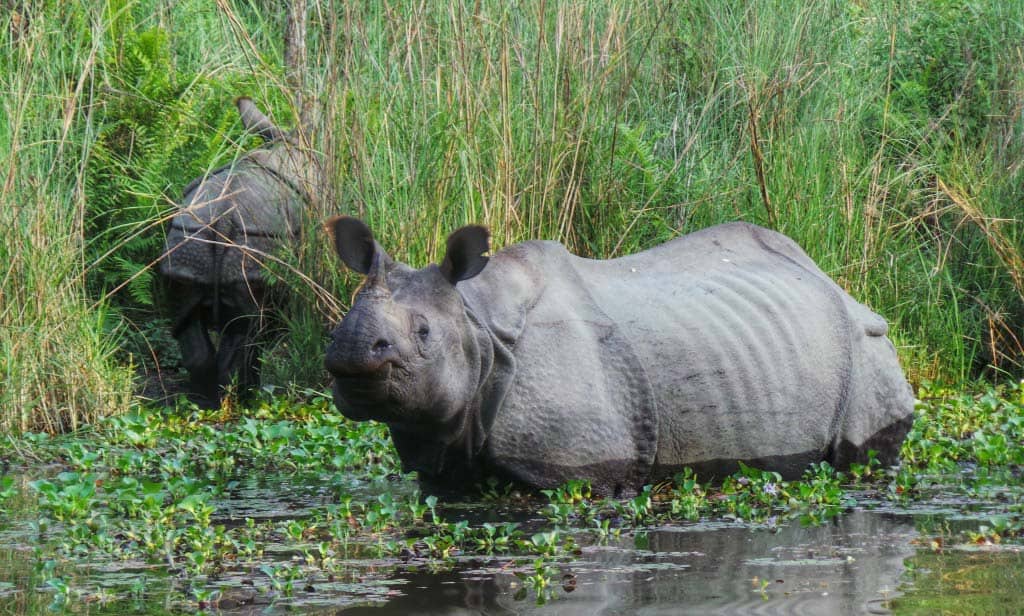 We crept up as close as we safely could to get this photo. As the rhino spotted us and took interest, moving closer, our guide hurried us back to the Jeep. Apparently they move faster than you think!

Lumbini, which means “the lovely,” is the famous birthplace of Buddha. The site is commemorated with a gorgeous golden statue of Buddha as a child. 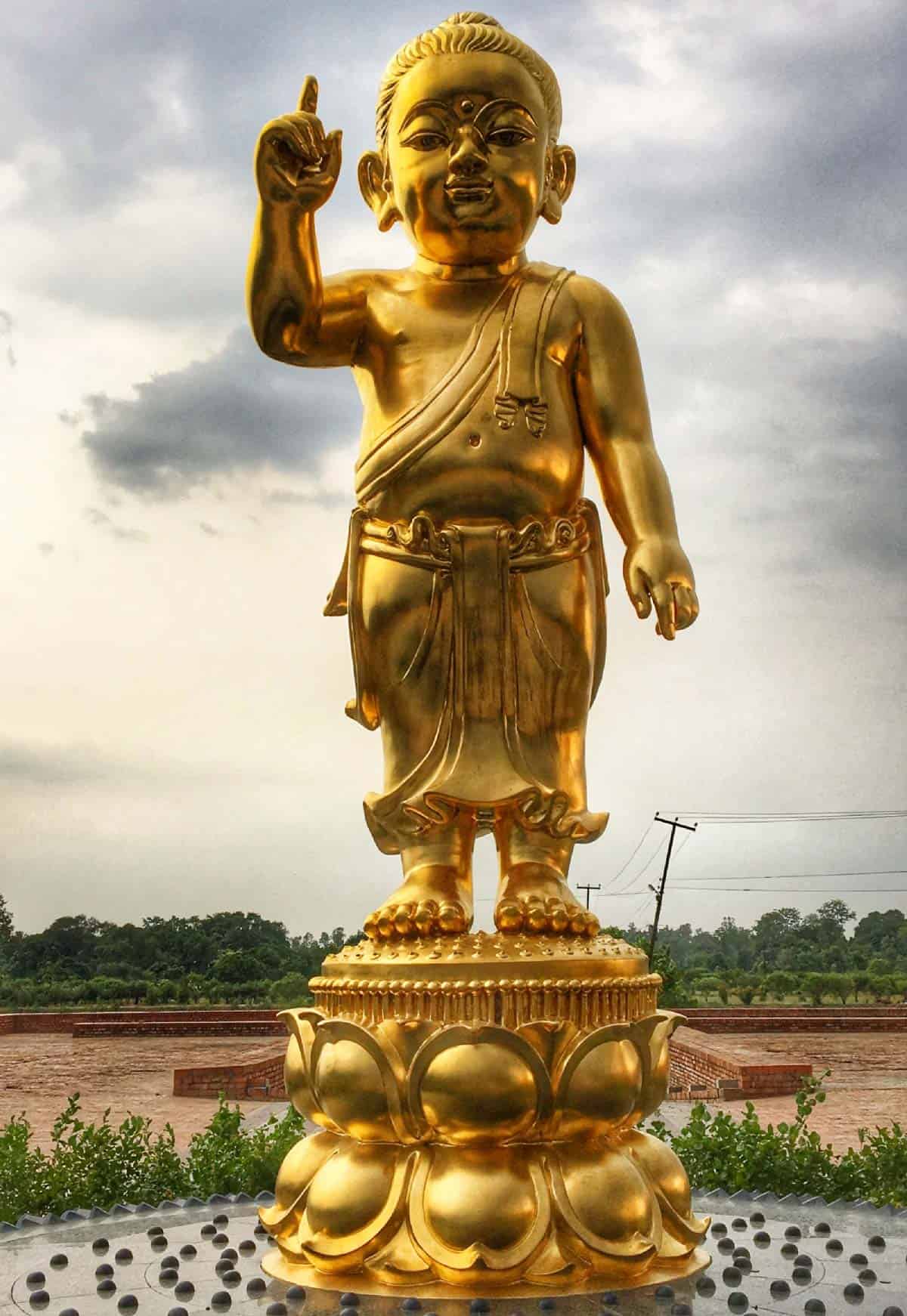 One of my favorite things about the site is that no hotels, shops or restaurants have been allowed to be built on the property. 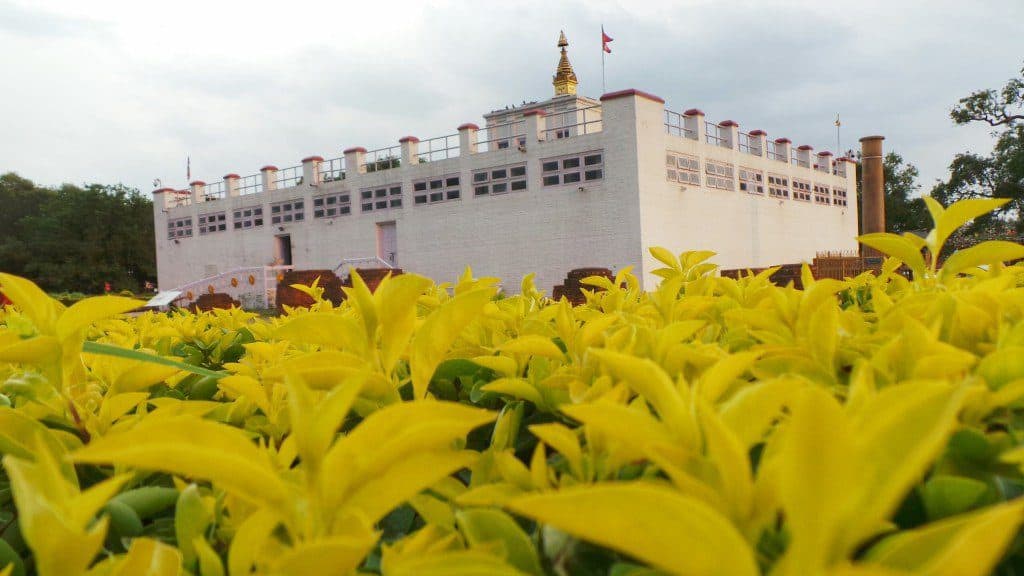 Instead, temples and prayer flags permeate the area, making it very peaceful. 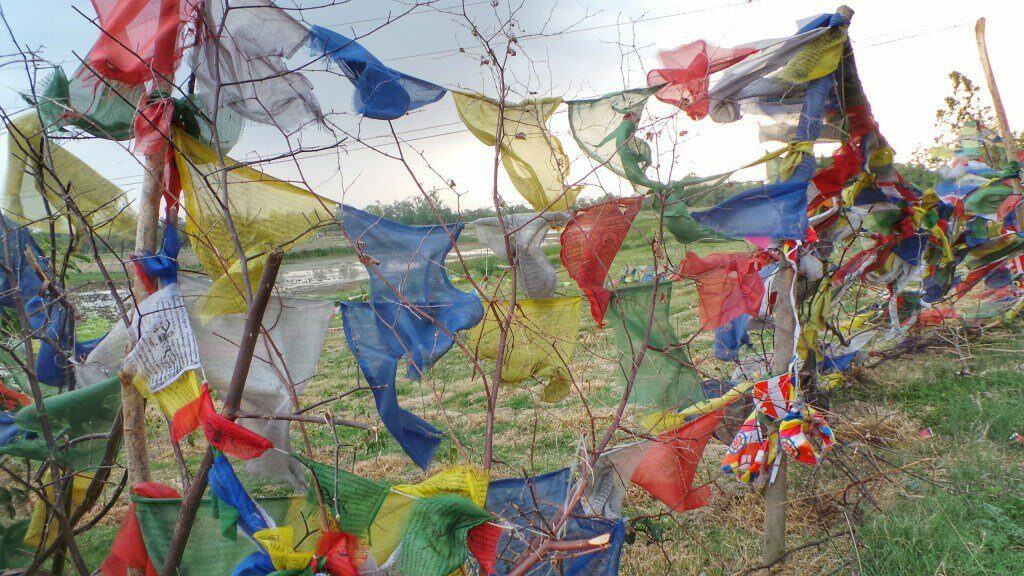 Pokhara is my favorite spot in all of Nepal. The town has the feel of a small, sleepy town but, area wise, it is actually the biggest town in the country. It is also known as the tourism capital of Nepal.

The main area of the town is centered around a gorgeous lake. You can rent boats and spend the day on the water. 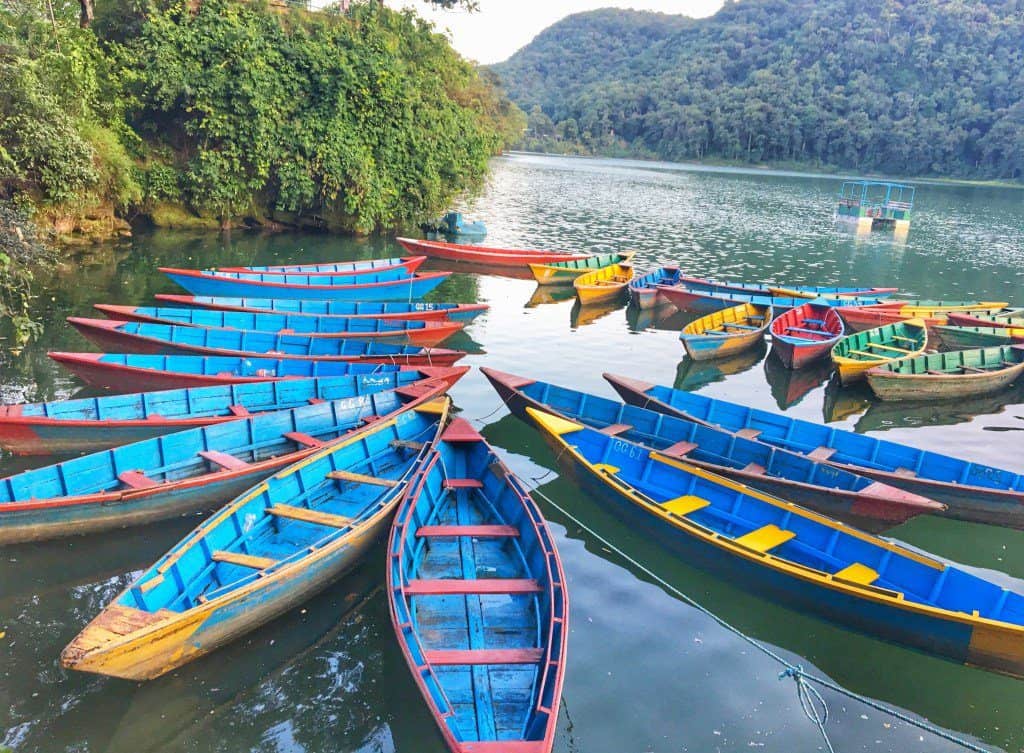 Pokhara is also a base for many trekkers due to its proximity to the Annapurna mountain range. In fact, three of the ten highest mountains in the world are located near Pokhara.

Pokhara has also become famous for paragliding because of the ideal conditions and gorgeous views. During my most recent visit, I spent an hour soaring above the city before gently landing next to the lake. 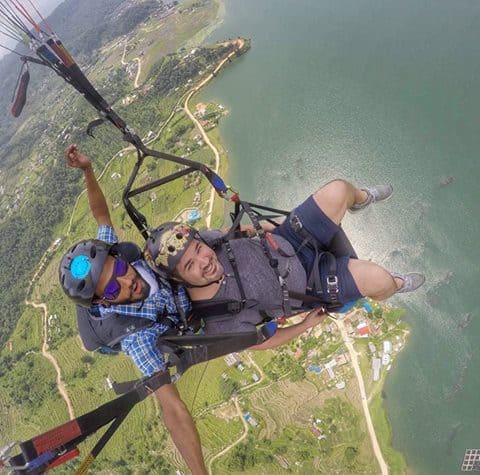 The Monkey Temple (local name: Swayambhunath) is one Kathmandu’s most famous attractions. The actual temple itself is nice, but not much different or more impressive than most other temples in the country. 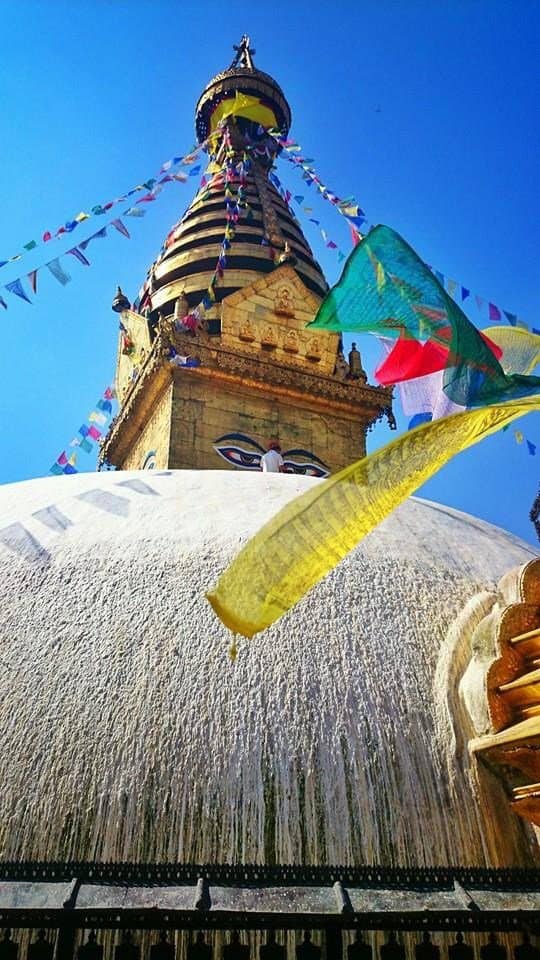 What makes this temple unique is that there are hundreds of monkeys living at the site. As you make your way up the 365 stairs to the stupa located at the top, you’ll likely cross paths with many of the small temple residents. 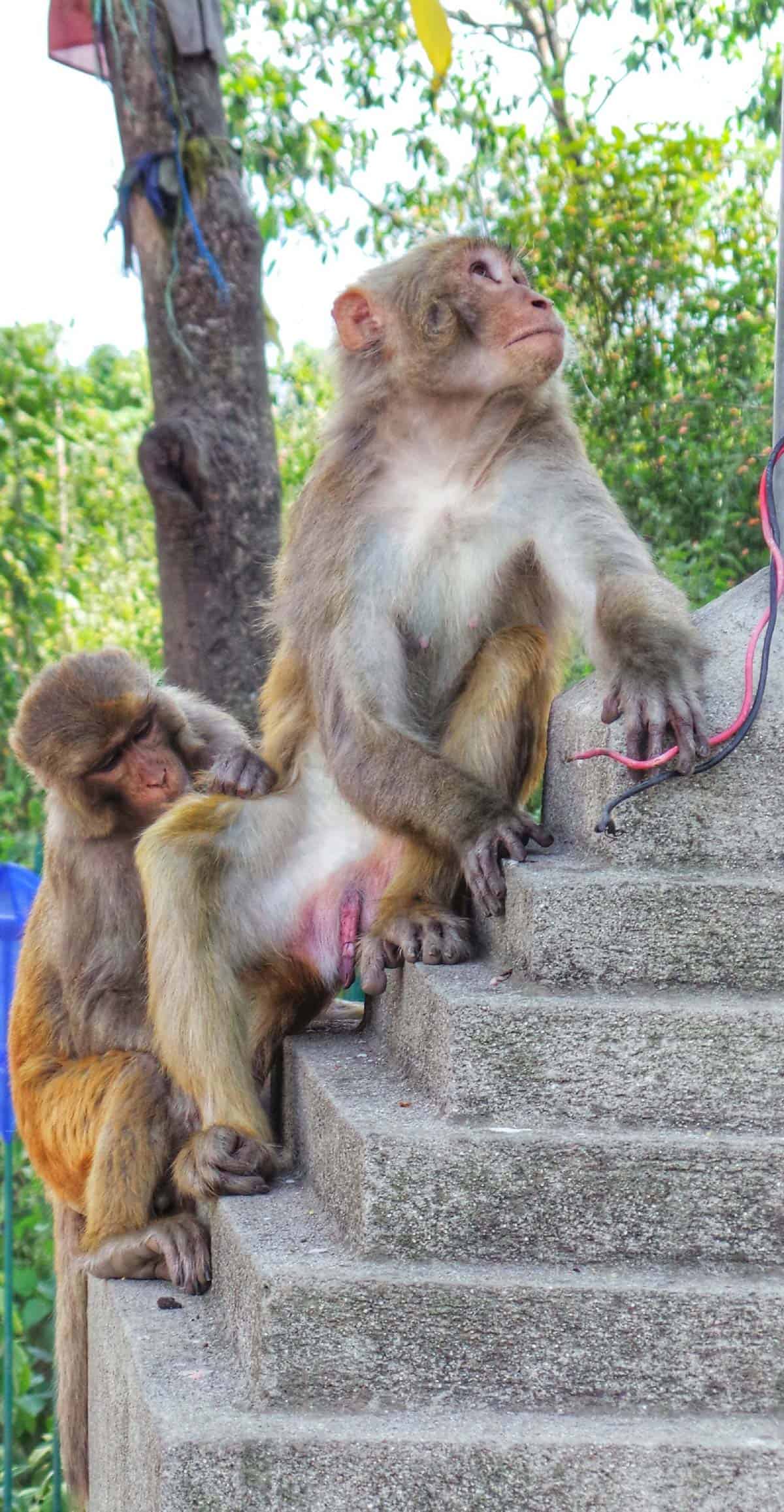 You must be careful– the monkeys have been known to steal from temple visitors, and you don’t want to be in the middle when the monkeys start to fight!

Nepal is not known as a foodie destination, and in fact, most of their most popular items originated in surrounding countries. 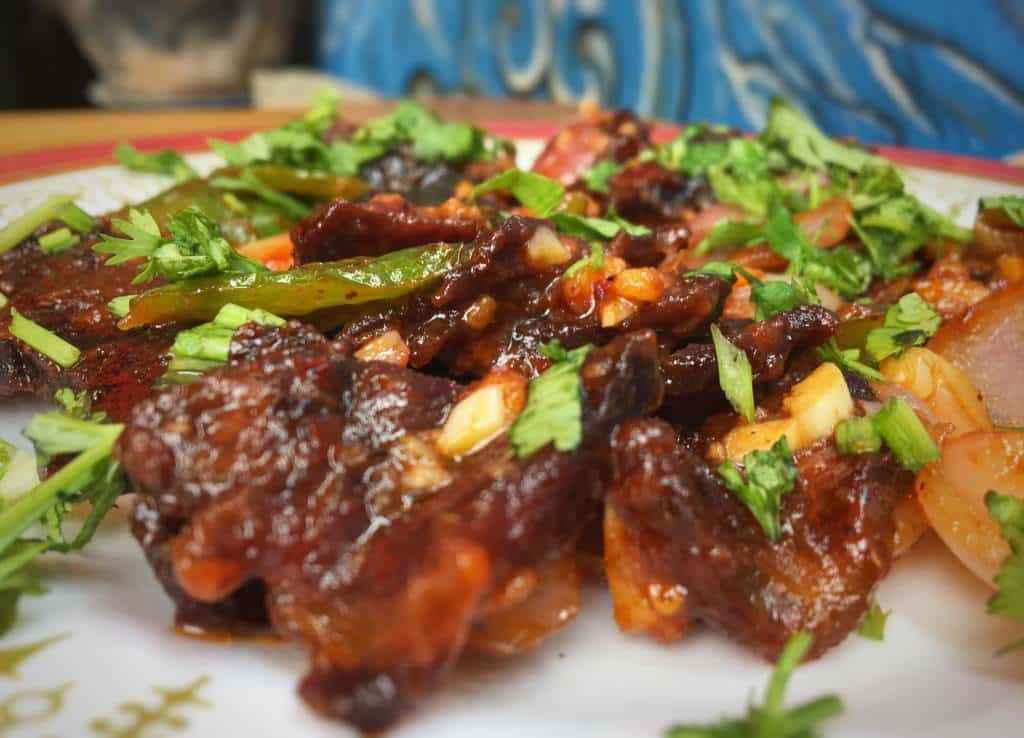 But, during a recent walking food tour of Kathmandu, we tasted some really delicious Neapali food. 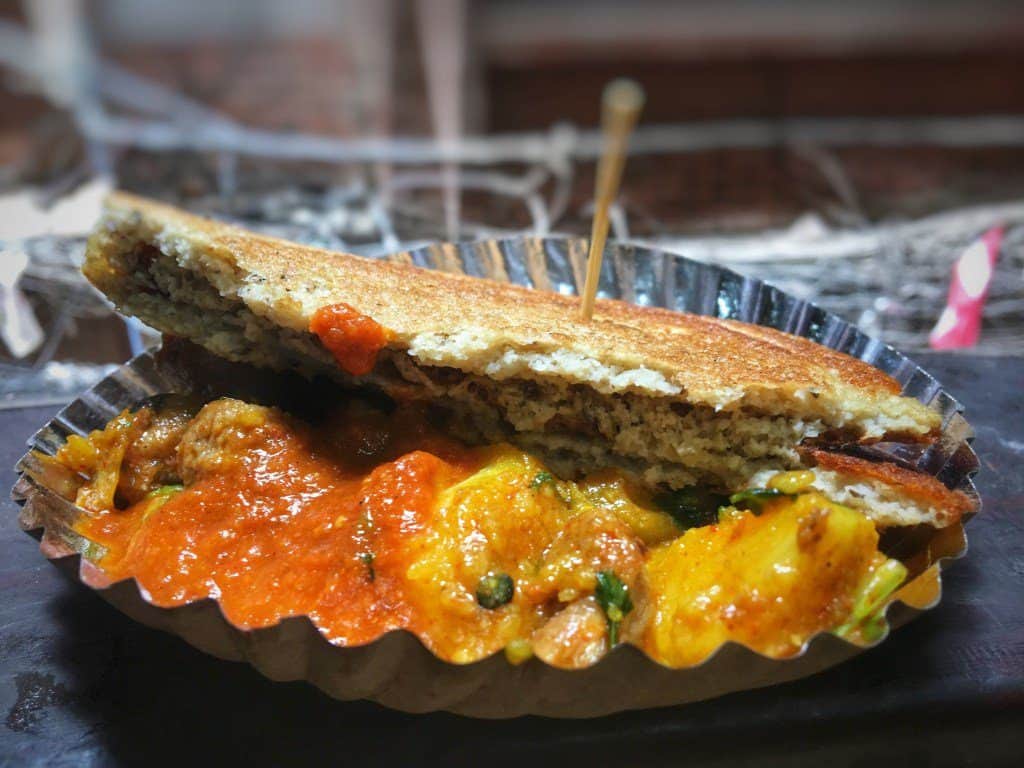 If you go with an open mind and an empty stomach, you’ll discover some great and authentic local dishes.

During the conference, one of the presenters said that the jewel of Nepal is not Everest, but instead the people. I couldn’t agree more. 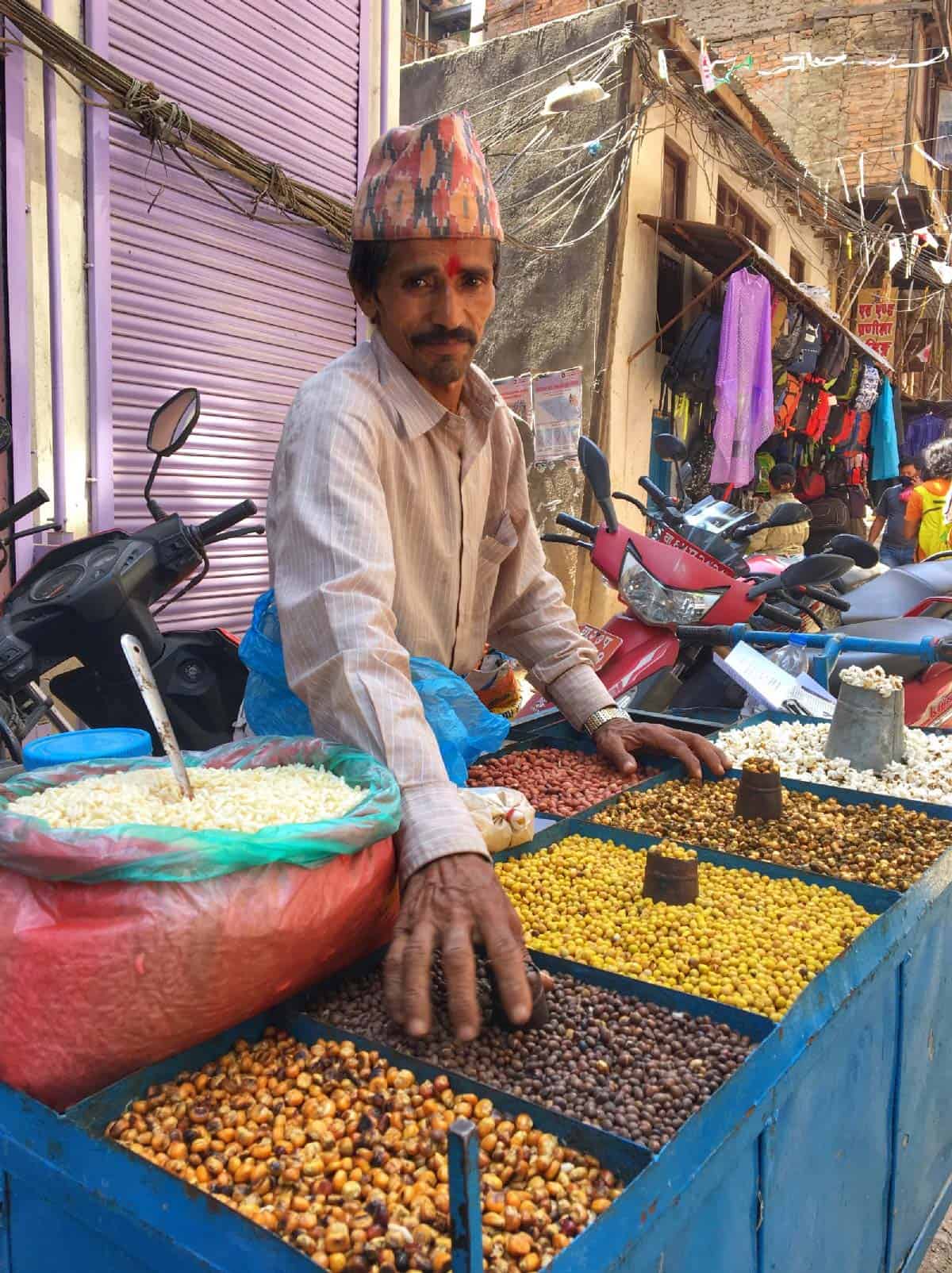 Every city we visited, every hotel we checked into, every guesthouse we stayed at, every restaurant we dined at– the people were always so nice, warm and genuinely interested in us and what we were doing. 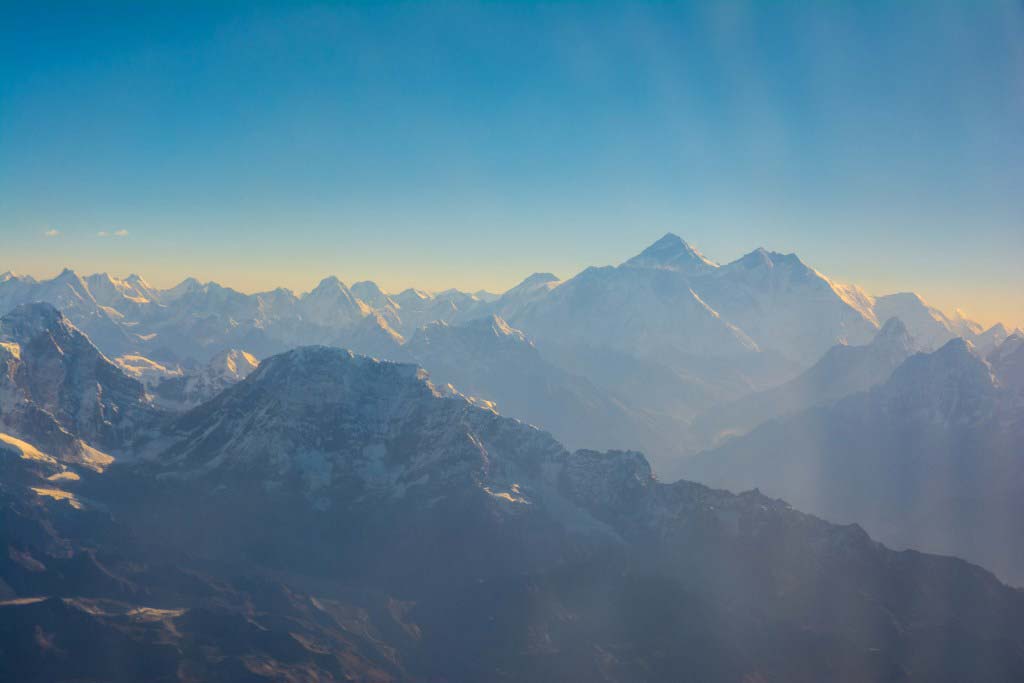 Ok, I know this post is about what Nepal has to offer besides Everest, but you can hardly talk about Nepal without mentioning it.

My friend Steph took a mountain flight of Everest and captured this amazing shot:

She had initially asked me to join her, but it was a bit expensive, so I didn’t end up going. After seeing this shot, I regretted that decision!

So there it is — my reasons to visit Nepal other than (and including) Everest. What do you most want to see? What would make you book a trip today? Let me know in the comments section below!

Asia's Most Epic Viewpoints That'll Make You Buy A Plane Ticket | Where in the World is Nina?

Awesome Post. As we all know that Nepal is famous around the world because of Mount Everest but there are many things to do in Nepal such as Paragliding, Rafting, Trekking to other famous mountains like Annapurna, Manaslu, Kanchenjunga etc.

There is indeed so much to Nepal if one were able to take their glance away from the mighty Everest. I am especially interested in Lumbini, the birth place of the Buddha. I have visited Sarnath and Bodh Gaya and would love to visit Lumbini.

Oooo, i'd love to try the food! I can't believe you got so close to those rhinos. Exciting adventures :)

Wonderful feeling of being there! So many photos and posts about Nepal are epic in scale. I long to visit but getting there is another thing!