When I heard that the World Food Championships was accepting applications for judges, I immediately jumped on it.

Unfortunately, when I began sending in my information, I was told applications had closed. “Please keep my information on file for next year…” I replied.

But several days later, I received a follow-up email informing me the selection committee had found a spot for me — I was in!

What are the World Food Championships?

The World Food Championships are one of the biggest, if not the biggest, events in United States food sports. Over 400 teams compete each year for a grand prize of $100,000 in cash and prizes.

And on top of the grand prize, more than $200,000 is given out as prizes across 10 different categories.

Competitors from around the world (there were 51 international teams this year) come to battle it out in a variety of competitions ranging from best burger, chili, sandwich, steaks and desserts!

The worlds largest outdoor cooking facility (with more than a half million dollars in equipment) was constructed for the event.

In other words, this is major.

Also, even though I’m an American, I haven’t covered any food from my own country on my blog. This was a double win!

I have to admit, when I first heard about the location, my first thought was, “hmmmmm…. that should be interesting.” I knew literally nothing about Alabama.

I went in without expectations, and I was blown away. Orange Beach is gorgeous, truly gorgeous. I had no idea. 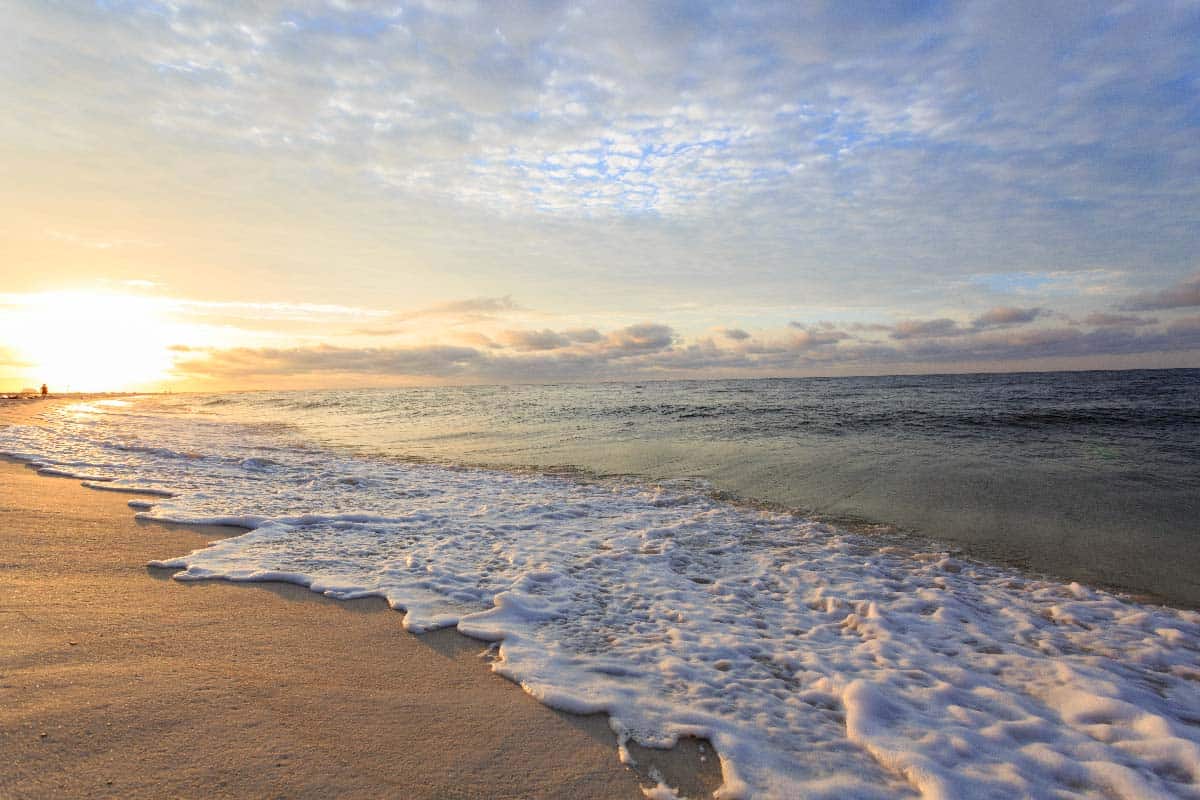 The city has 32 miles (more than 50 km) of the whitest sand I’ve ever seen outside of the Philippines. It’s so pure, in fact, that they call it “sugar white” sand. 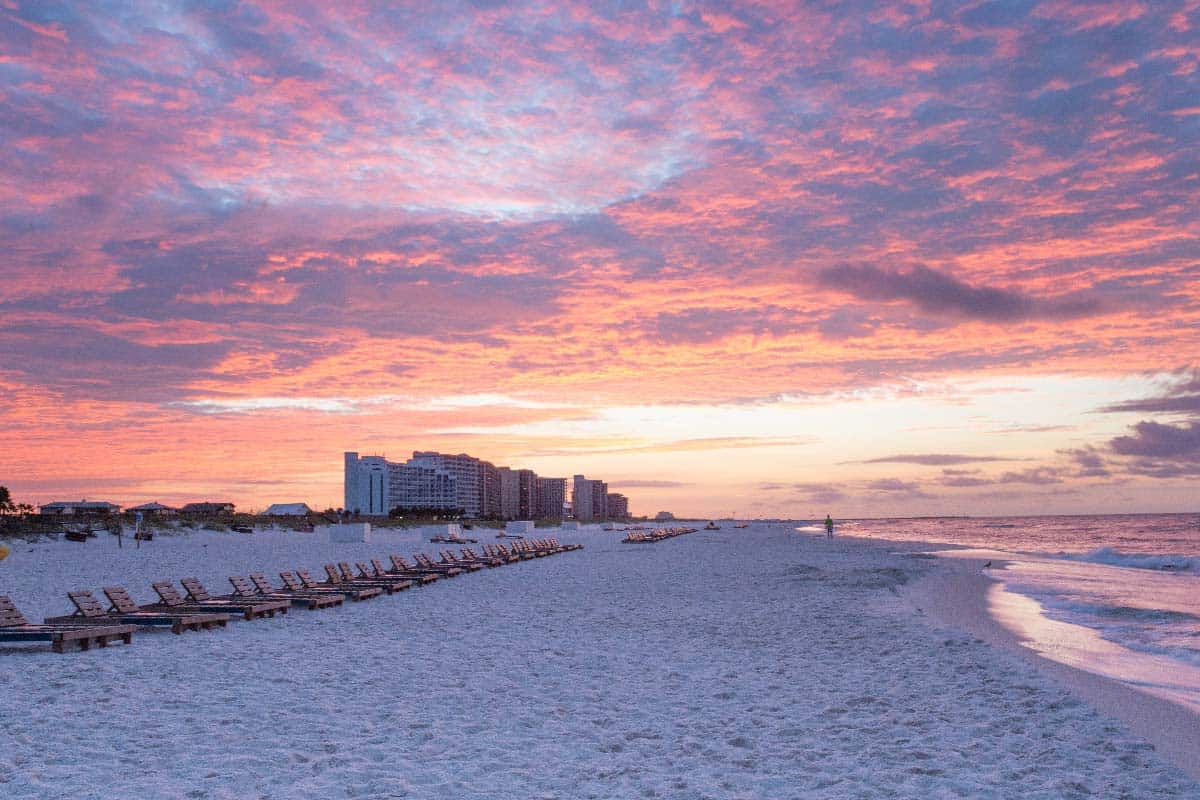 And the people there — they were some of the friendliest locals I have ever met in my life. As someone from Oklahoma, I thought I understood southern hospitality, but this was next level. Everyone was just so polite, friendly and helpful.

Upon arriving, I checked into the seriously impressive Turquoise Place condos, where I stayed for the duration of the competition. The condos are HUGE. Three bedrooms, a hot tub on the balcony overlooking the ocean, another hot tub in the master suite — I would go back next year, even if it was just to stay at the Turquoise Place again. 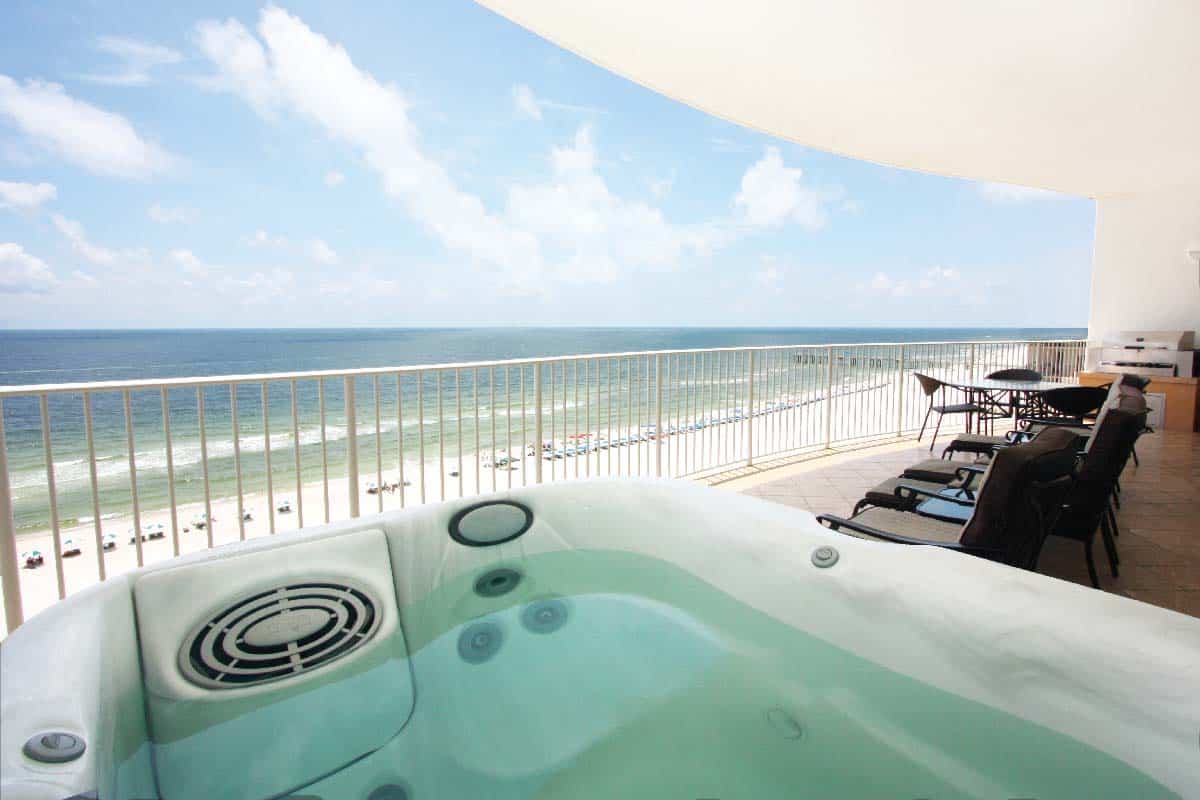 Turns out, I wasn’t just a judge

I may have (almost certainly) only skimmed the information the organizers sent over as I happily imagined I would spend the entire time eating my way through the competition.

I was actually part of the media summit. Every day, we were briefed on the happenings of the previous day and informed of what we could expect for the day ahead.

The founder, Mike McCloud, somehow found time in his insane schedule to meet with everyone participating in the summit and give us our daily briefings.

We learned that there are approximately 800 ways to enter the competition, including online competitions, recipe contests, and more. These different entry opportunities encourage home cooks, not just professionally trained chefs, to participate.

I believe, that on any given day, a home cook, given the same tools and equipment, can perform at the same level as someone who has been classically trained. – Mike McCloud, WFC Founder

In fact, this year, the participants were 34% chefs, 43% competition teams and 19% home cooks.

In my time at the competition, I learned that the real stories behind food sport aren’t just about who placed what in what category. Instead, I was struck most by the stories behind the competitors and the work each had done to get there.

Mike told us a few of the stories behind some the competitors.

A 16-year-old foster child was competing in the program through the Make-a-Wish Foundation.

A 14-year-old cancer survivor made it to the Top 10 category in the Bacon championship.

An 18-year-old student was being accompanied by his instructor, who was using her personal leave and paying out-of-pocket to support him at the competition, all because she believed in him.

A 71-year-old home cook grandmother made it into the top 10.

But out of all the stories I heard, Josie’s stuck with me the most. After suffering a personal watercraft injury, her doctors told her she would live the rest of her life as a quadriplegic. Four months after hearing this devastating news, she walked across the WFC stage to receive her award.

These are the stories I will remember long after the competition ended — the ones that demonstrated the determination it takes for anyone to make it this far in a food sport event and the tenacity with which these same competitors overcame obstacles in their lives.

Having only ever seen food sport from the comfort of my couch ,I had no idea how intense it actually is. Our media passes provided access to the  floor where competitors were cranking out dishes. 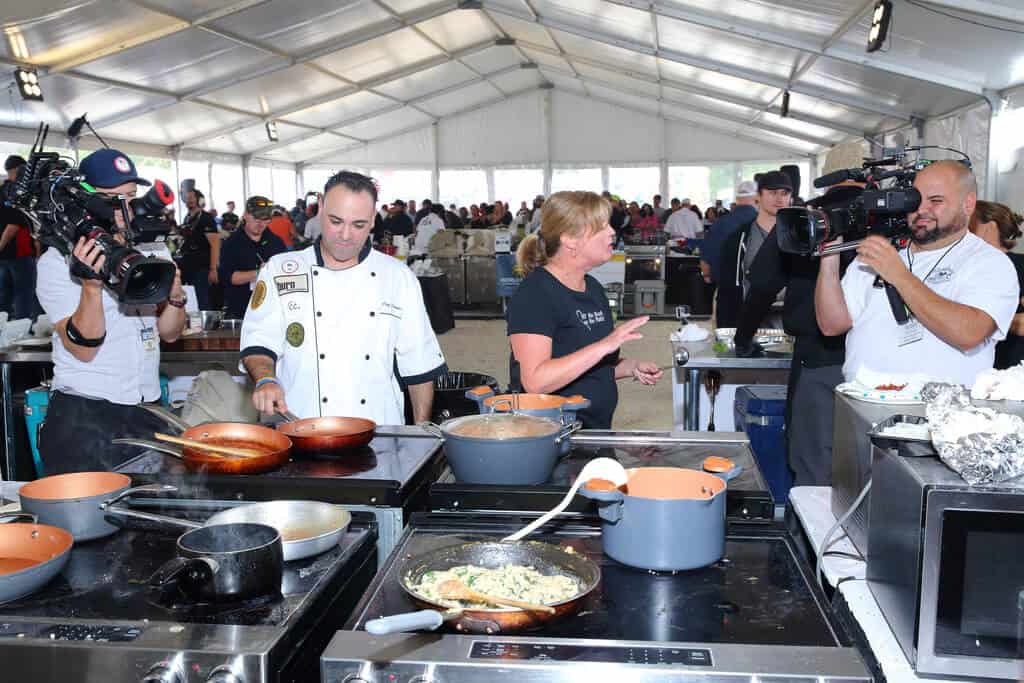 Competitors were intensely focused on their work, some too busy or concentrated to even acknowledge or answer those that calling out to them.

As the clock ticked down, contestants were still perfecting their dishes. 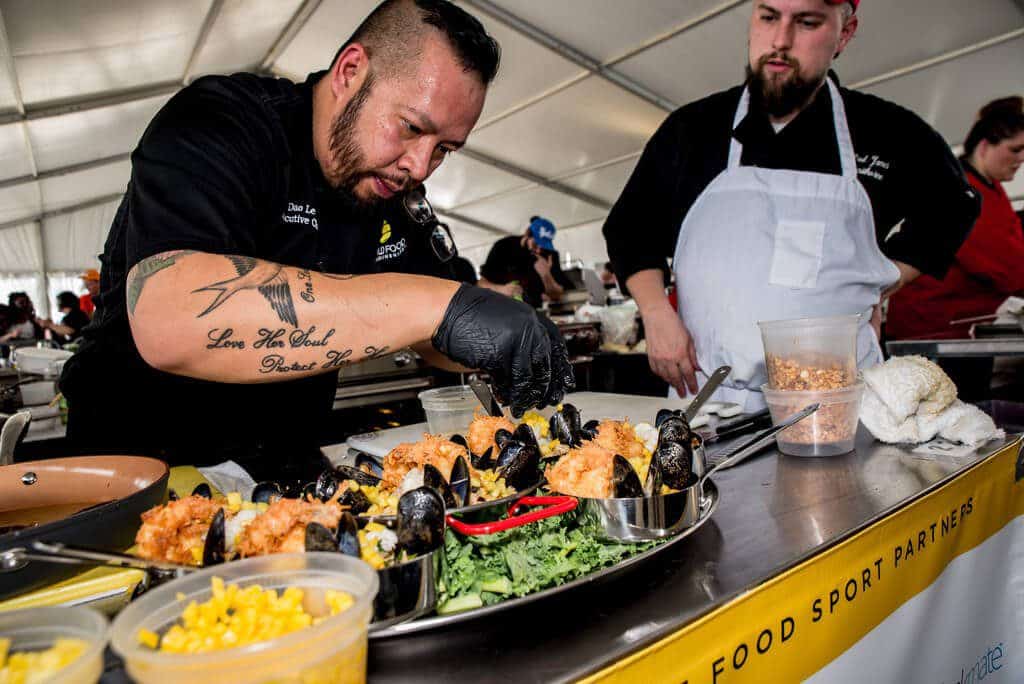 We held our breath several times as competitors raced in at last second, barely setting their entries down before time expired. Even if just a second late, dishes aren’t eligible to compete. 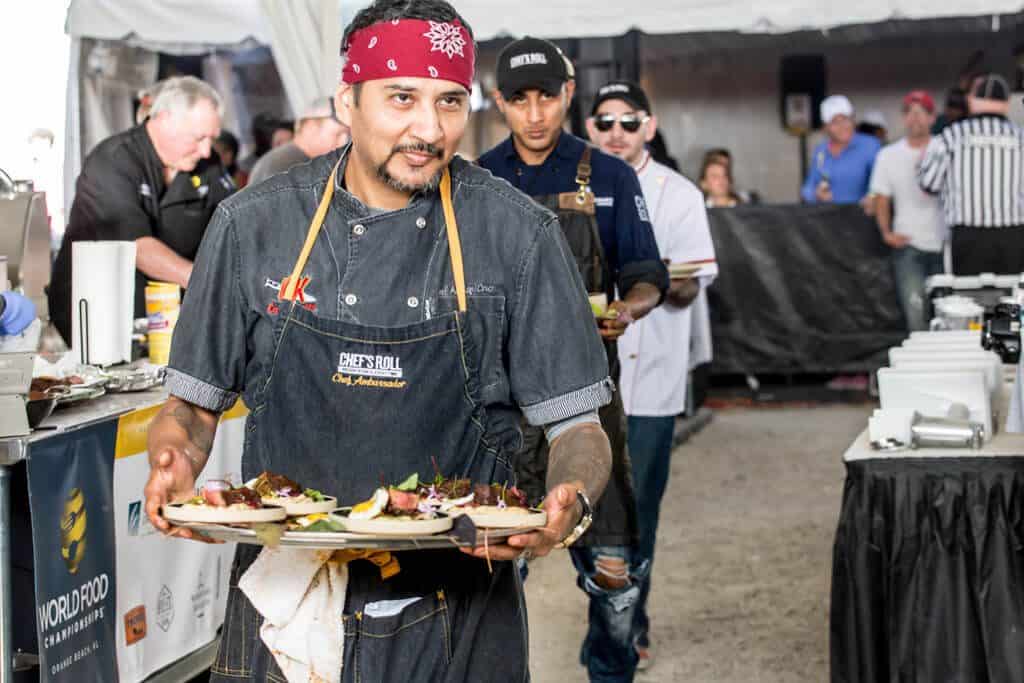 During the course of the competition, at least 8,862 dishes were created and judged. I was ready to get on the judging floor and sample as many as I could. 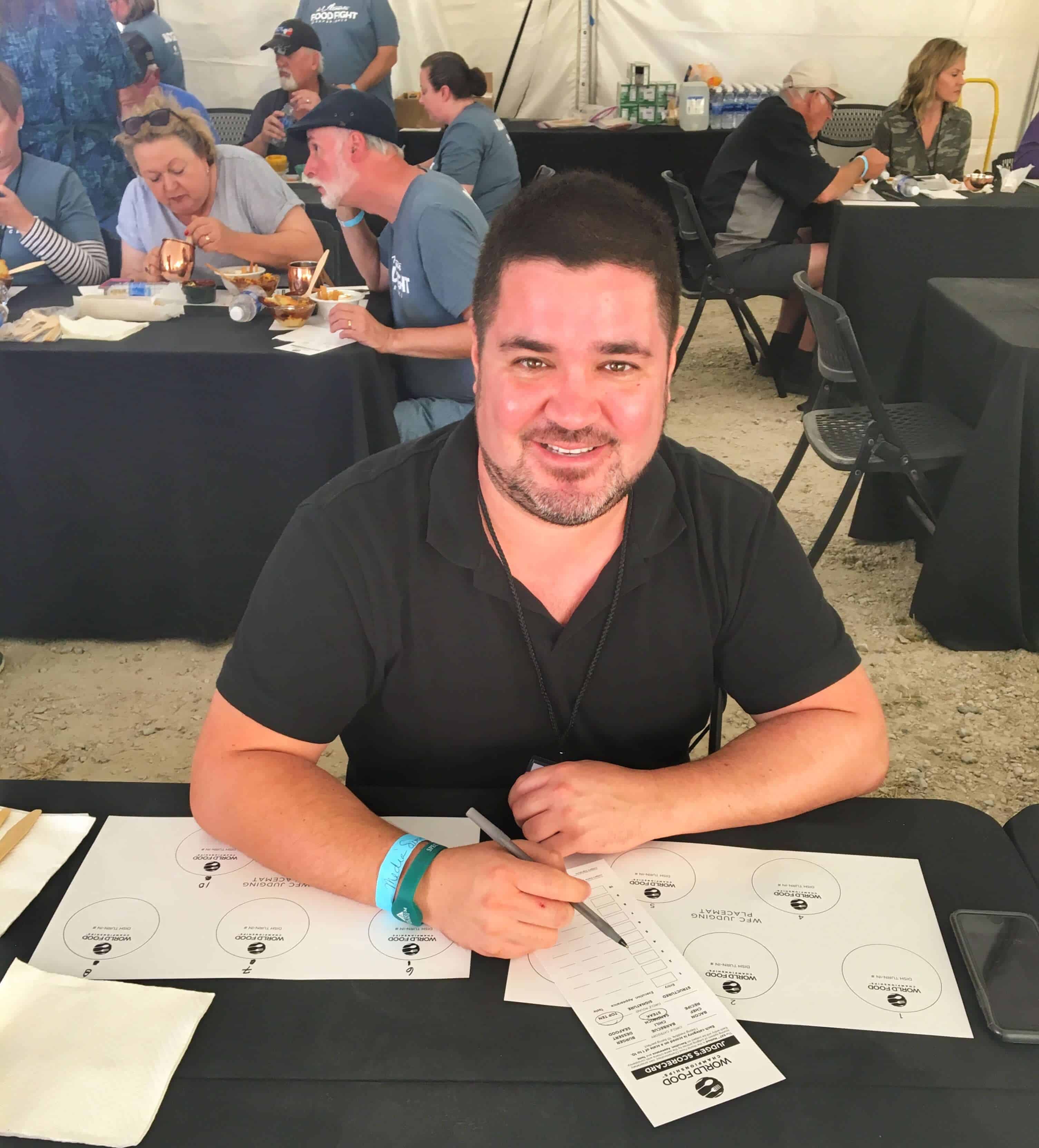 All judges had been certified in the WFC’s proprietary E.A.T. judging methodology. E.A.T. stands for Execution, Appearance and Taste.

The method is a blind judging process, meaning that we didn’t know which competitor submitted a particular dish. In fact, one of the main tenets of the process is that each dish is judged on it’s own, not in comparison to other dishes.

This is not a comparison or recipe contest, this is a performance competition. – Mike, WFC Founder

After my training, I was chosen to judge three different categories — Seafood, Recipe and Steak. Here are a couple of photos from each category.

From the seafood competition: 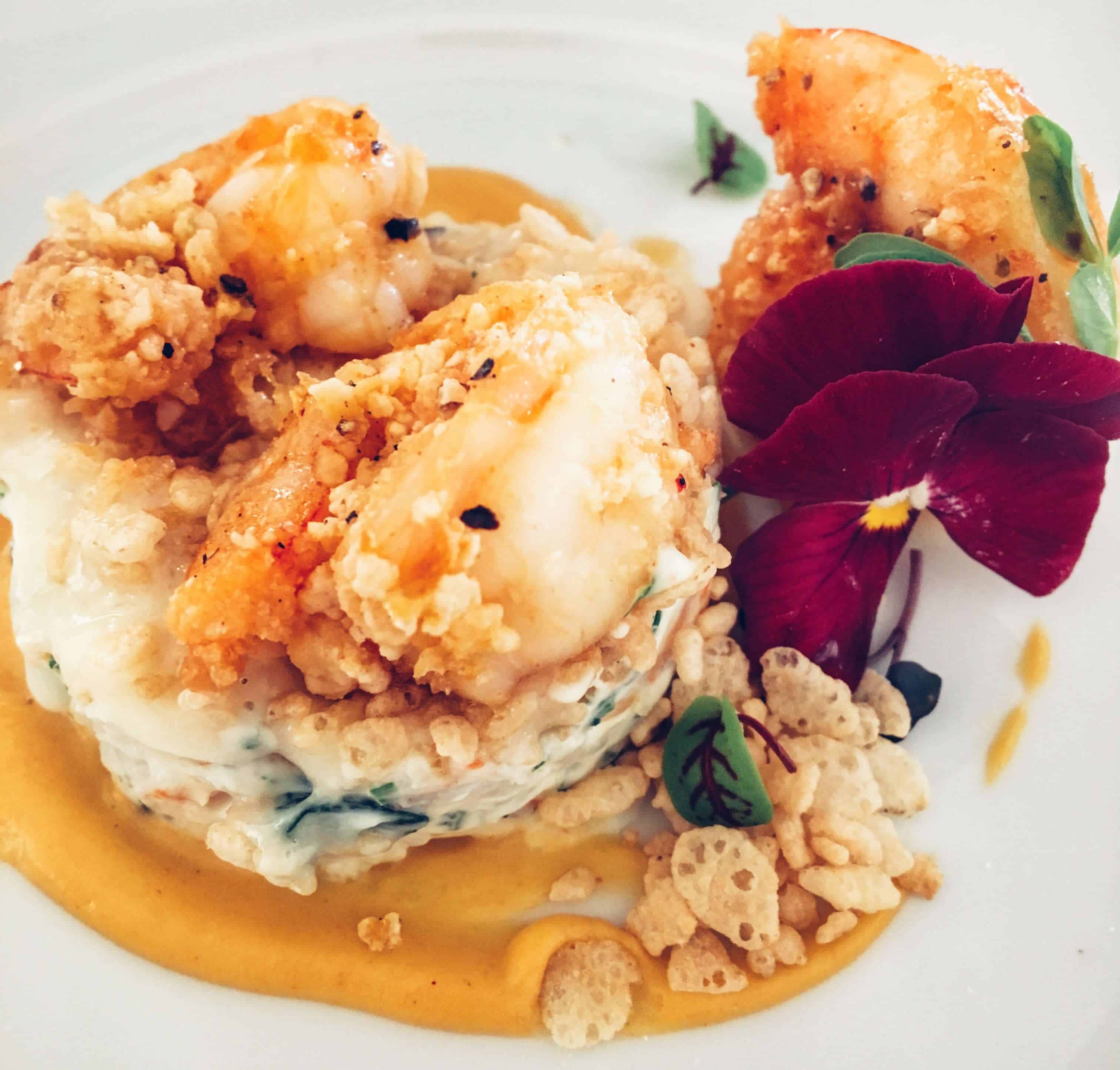 Not only was this shrimp dish delicious, but it also won high marks for appearance! 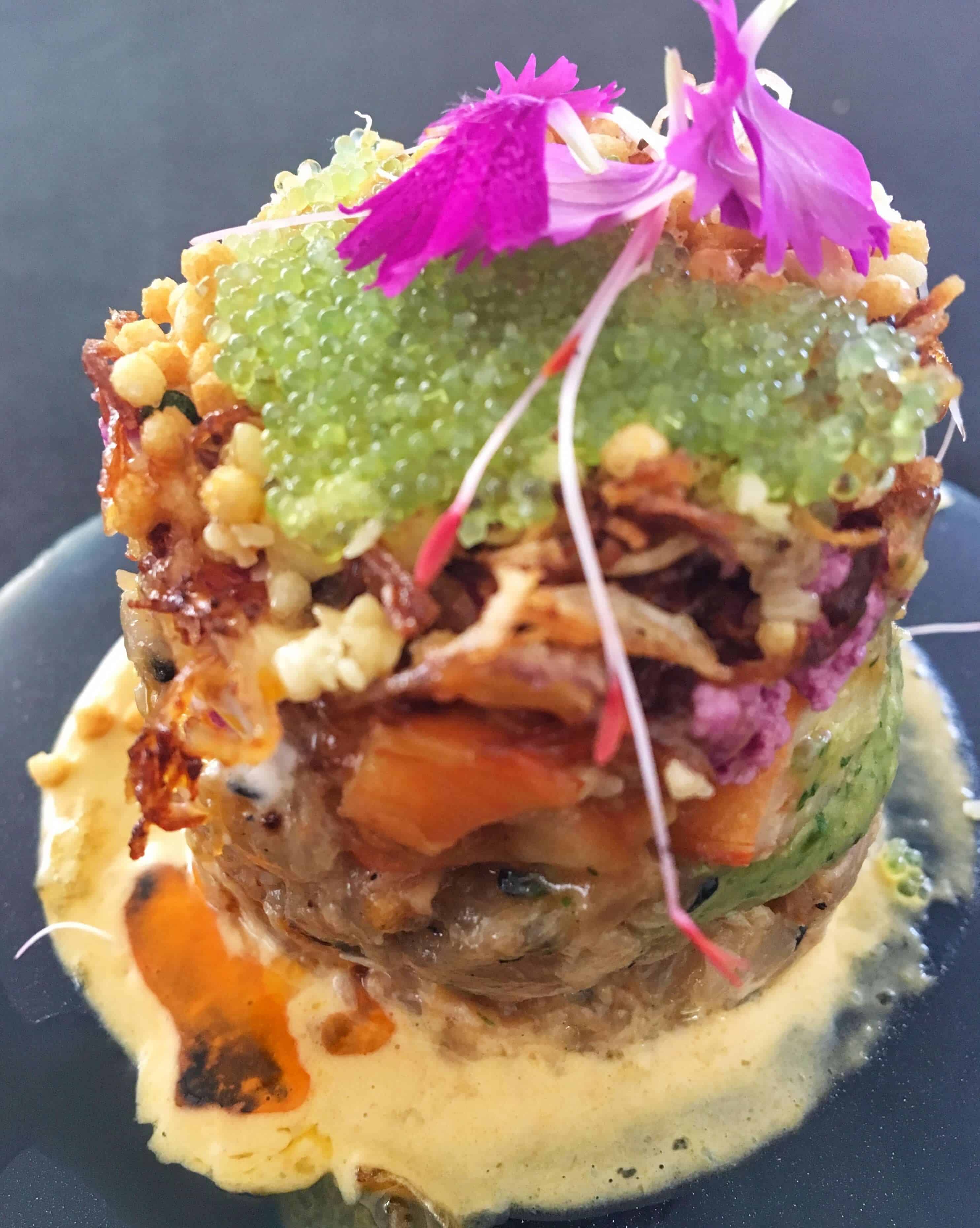 This dish was gorgeous. One of the ingredients was Pop Rocks — it made for an interesting flavor combination. 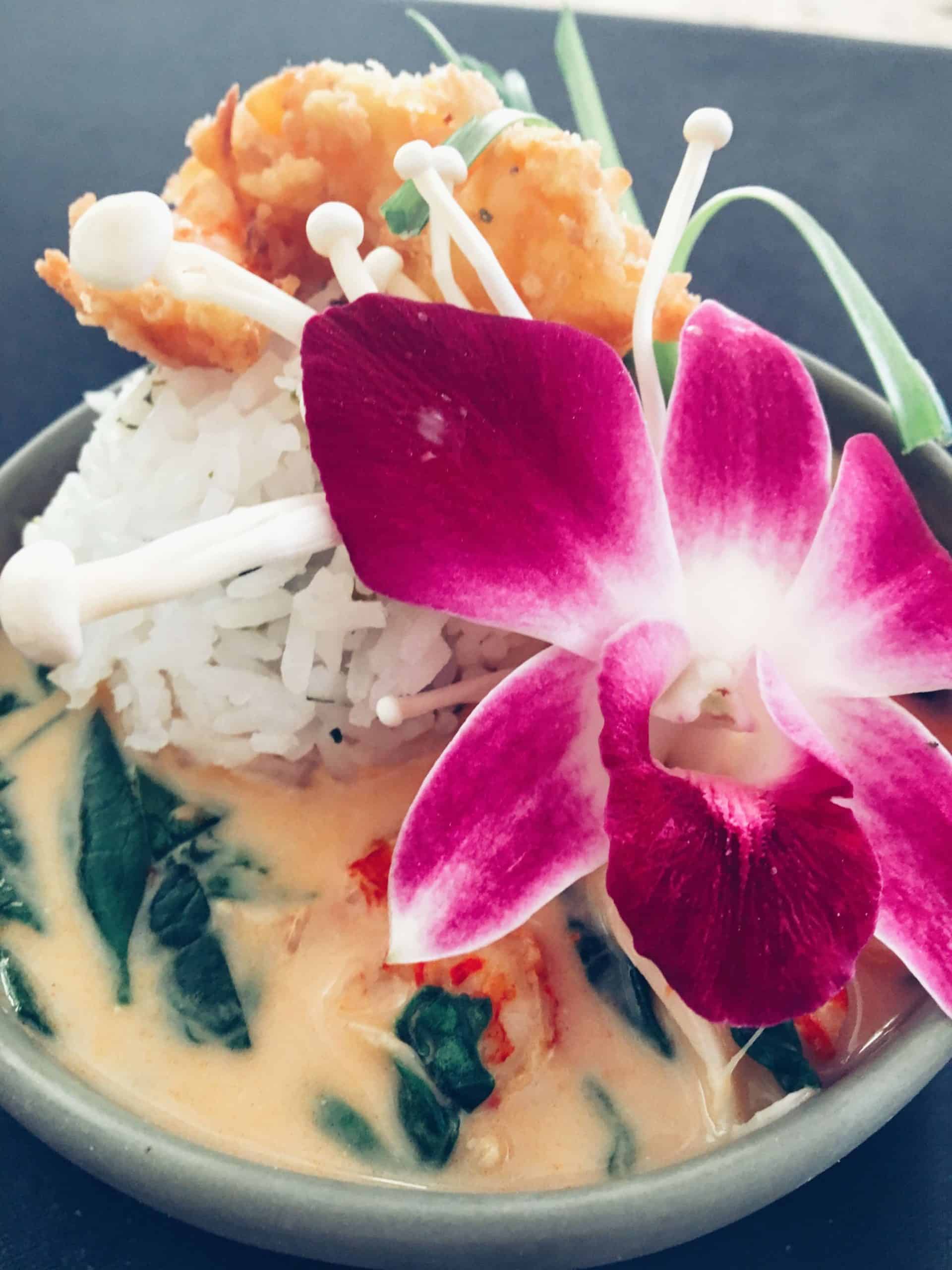 My favorite dish from this category. This dish was inspired by Thailand.

From the Top 10 Recipe contest: 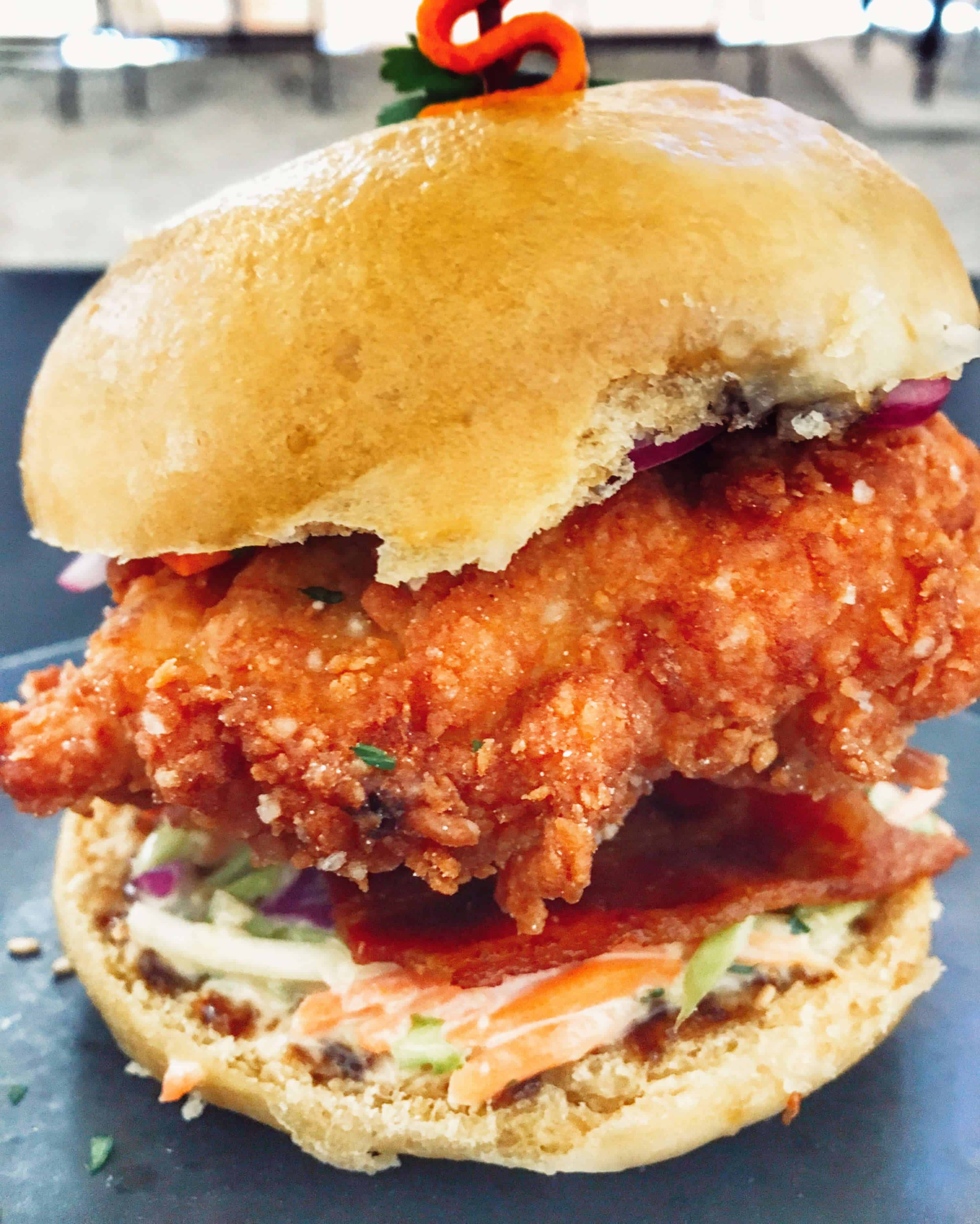 This fried chicken sandwich tasted even better than it looks! 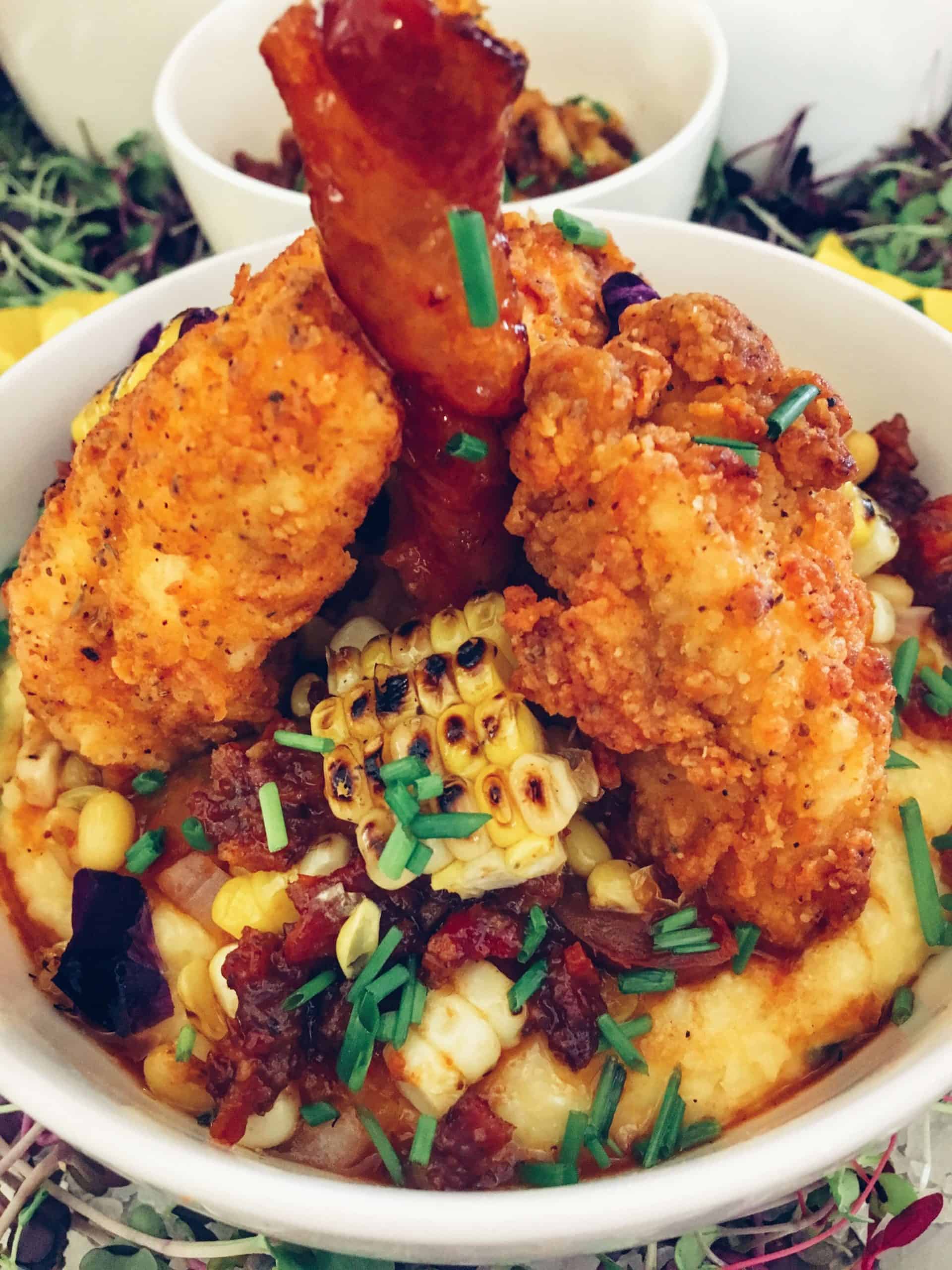 Hands down my favorite dish from this category and maybe the best dish I tried. Double fried chicken, bacon, grits, scallions…not only did I give this dish a perfect 10 on taste, it’s also the only dish I finished!

I was so excited to judge this category! I love a good steak, and as all the competitors had advanced to the Top 10 Round, I knew I was about to try some excellent dishes. 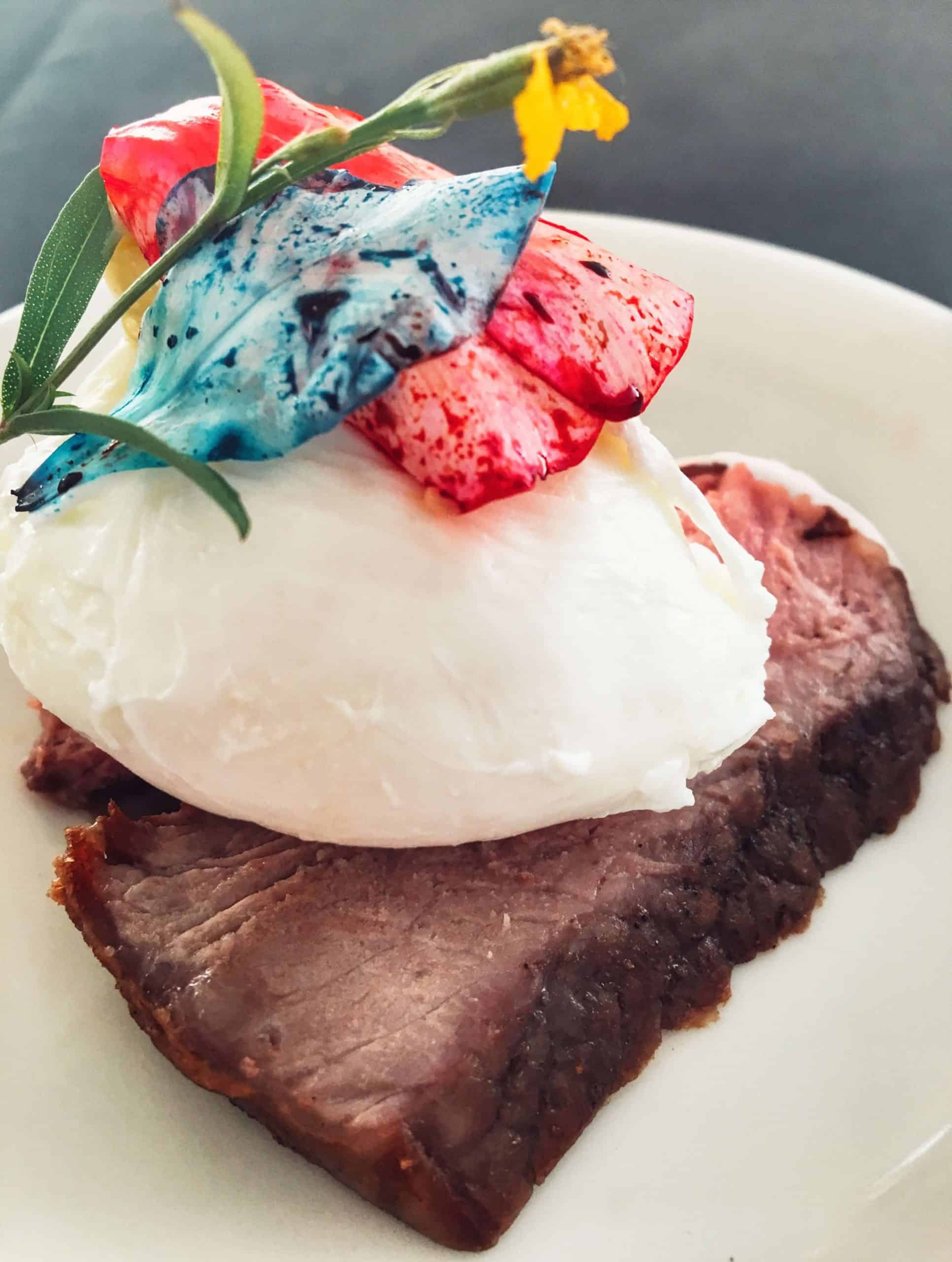 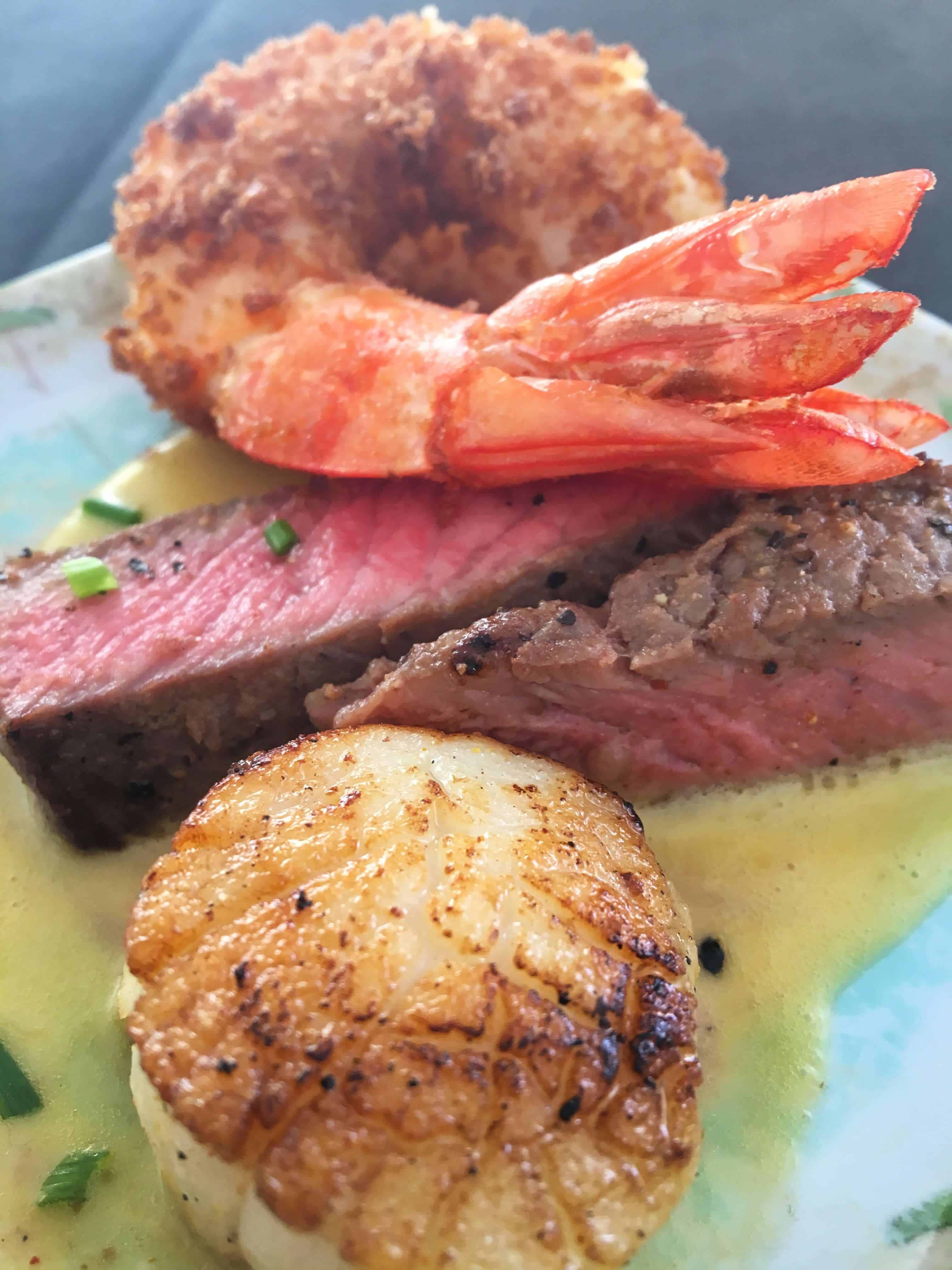 This version of surf and turf had both shrimp and scallops. 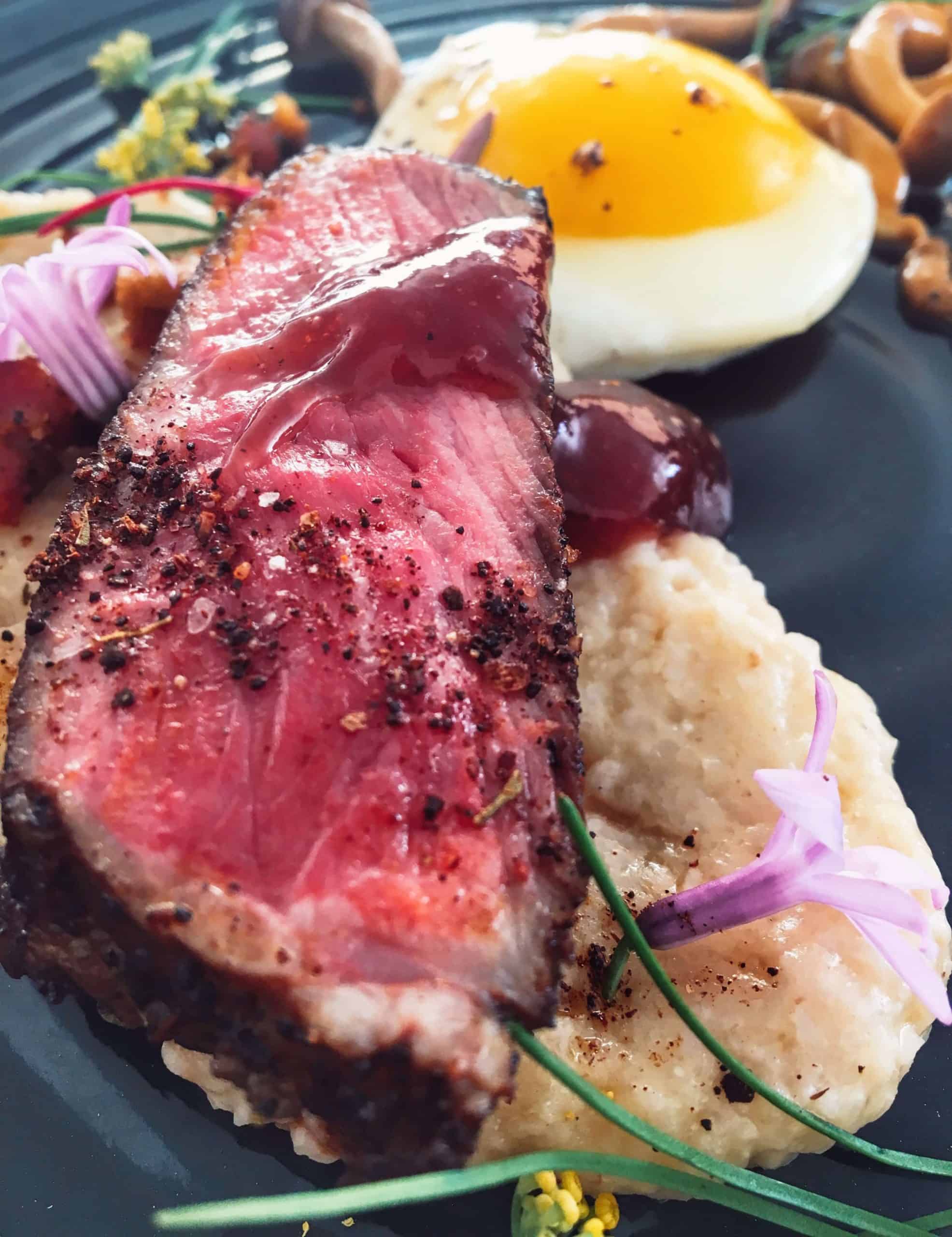 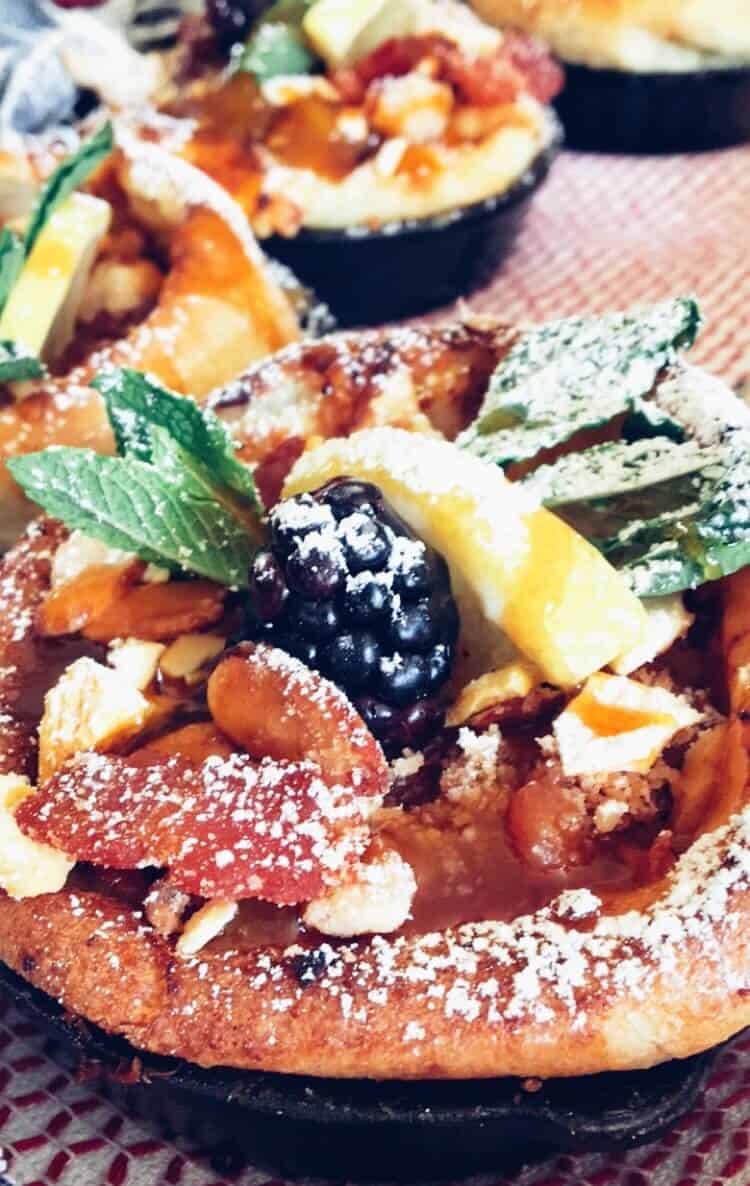 A savory dessert entry in the bacon competition! 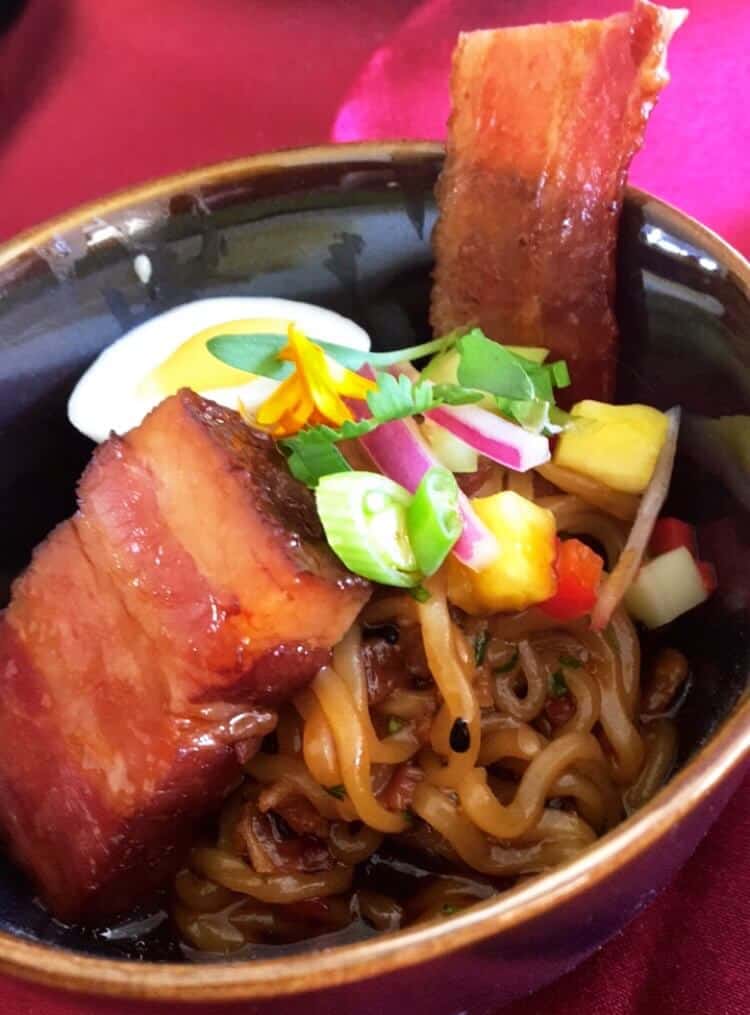 A version of Ramen, also in the Top 10 Bacon category. 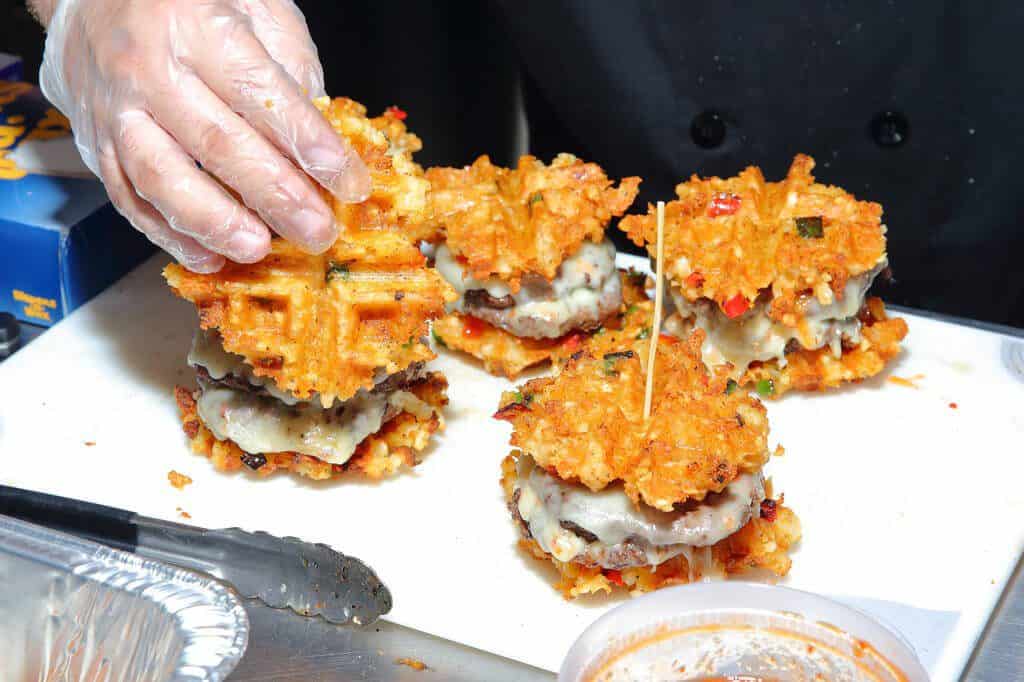 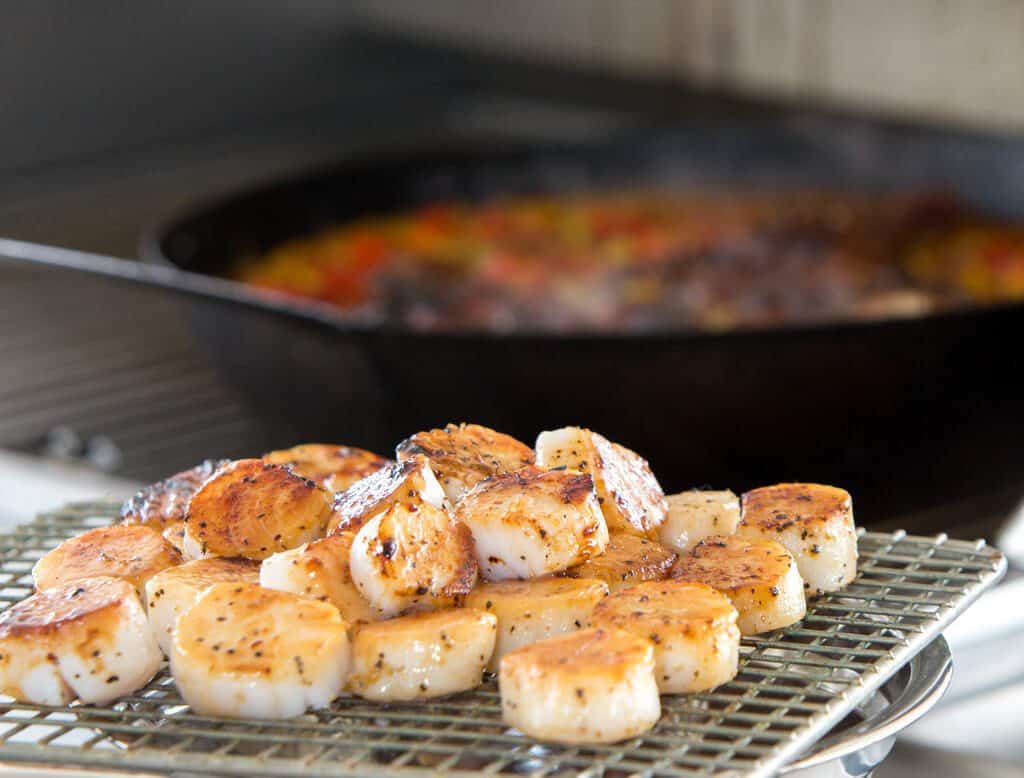 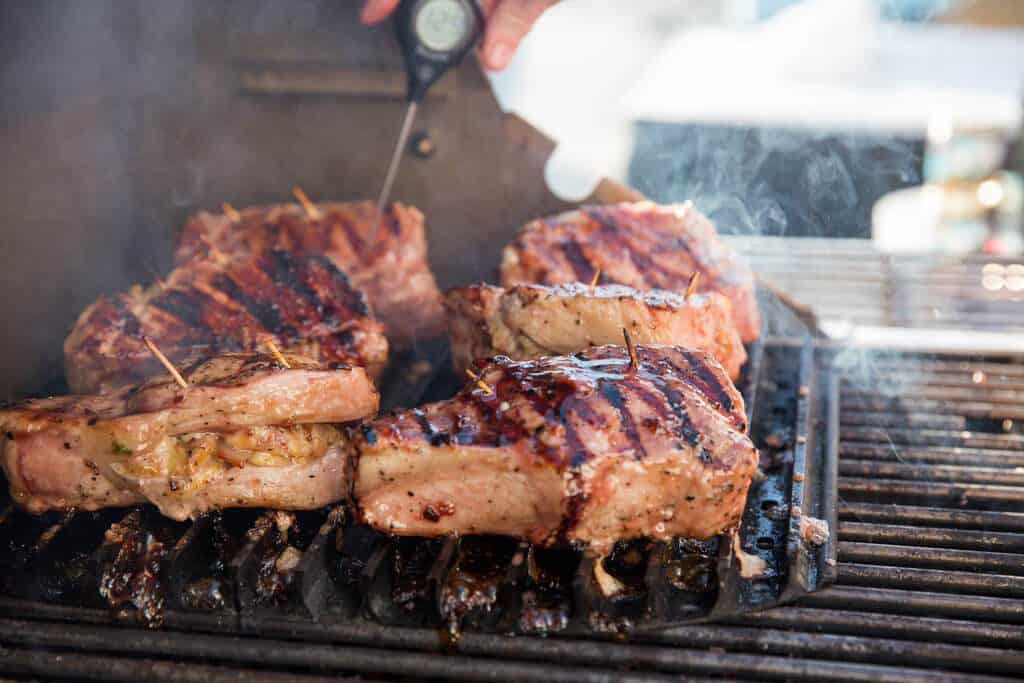 We attended the awards ceremony on the final night of the competition to find out who had won each category. The final competitions will take place in April, when the $100,000 prize purse will be awarded.

This will give the WFC time to promote the Top 10 chefs, the winners in each category. Those winning chefs will return to compete against one another for the chance to take home the grand prize.

Be sure to watch this blog — I’ll update this post with details of the winning chef as soon as it’s announced!

Would I participate in the WFC again?

Absolutely. Overall, the competition was a great experience. There were a few hiccups, as you’d expect from running any event this size, but I was able to meet some great new people, learn about food sport, see an area of my home country I’d never had the opportunity to visit before, and, of course, try some incredible dishes. Overall, I’d say it was a huge success!

Had you heard of the World Food Championships ? Are you a fan of food sport? Let me know in the comments section below!

If you enjoyed this post, please consider pinning it using the image found below!

The story was fabulous. A few Months ago I joined Smoker recipes contest I was in 2ndposition and got 2k USD as a reward. Cooking is my hobby and I am happy to earn few bucks from my hobby :D

That's amazing- congratulations! I would love to try your cooking sometime. It's nice when our hobbies reward us, especially with cash!

This is amazing! I've never seen Southern food so beautifully plated like this. What were the qualifications that we needed to become a judge at this contest?

Great story! I want to judge next year! Are you going back? Is it in Alabama every year?

I'm not sure if I'll go back or not- I hope to be invited! I think they're doing it in Alabama every year, as far as I know!

I haven't previously heard of the World Food Championships, but I very much enjoy watching food and cookery shows both in Germany and the UK!

But what fantastic food you got to sample. Even if it was just a little bit!

Thank you so much! It was a lot of fun. I hope to return next year!

That was such a fun and delicious event to be an insider. It was so great meeting the fabulous Foodie Flashpacker in person. ;)

I wholeheartedly agree!!! I hope the 2017 WFC Media Summit is able to coordinate a reunion at some point (mainly, just so we all get to hang out with you again...& have a bottle of wine or 2!)