Maybe it was the gloomy weather. Maybe it was that I didn’t do enough advance research and I might have, somehow, through no fault of my own, ended up staying in the murder capital of Hong Kong. Who knows. Whatever the reason, I fell in like with Hong Kong rather than love.

Before I went several of my friends had told me how much they absolutely loved the city. They said they would live there if they could afford it and made it sound like the most amazing place on the planet. I went thinking I was going to be blown away. I thought my life was going to be changed. It wasn’t all bad; it’s not as if I hated the city.

I went on a really great walking food tour where I tried local dishes like snake soup and the famous Portuguese egg tarts. The egg tarts were as delicious as everyone described- creamy in the middle with a flaky, buttery crust. I could see why everyone raved about them. The snake soup was surprisingly delicious, even though I was a bit skeptical at first. We had many more dishes on the tour but these were two of the most rememberable of the afternoon.

One of the things I most wanted was the iconic skyline shots from the bay. I managed a few of those and in fairness the weather did make for dramatic photos. 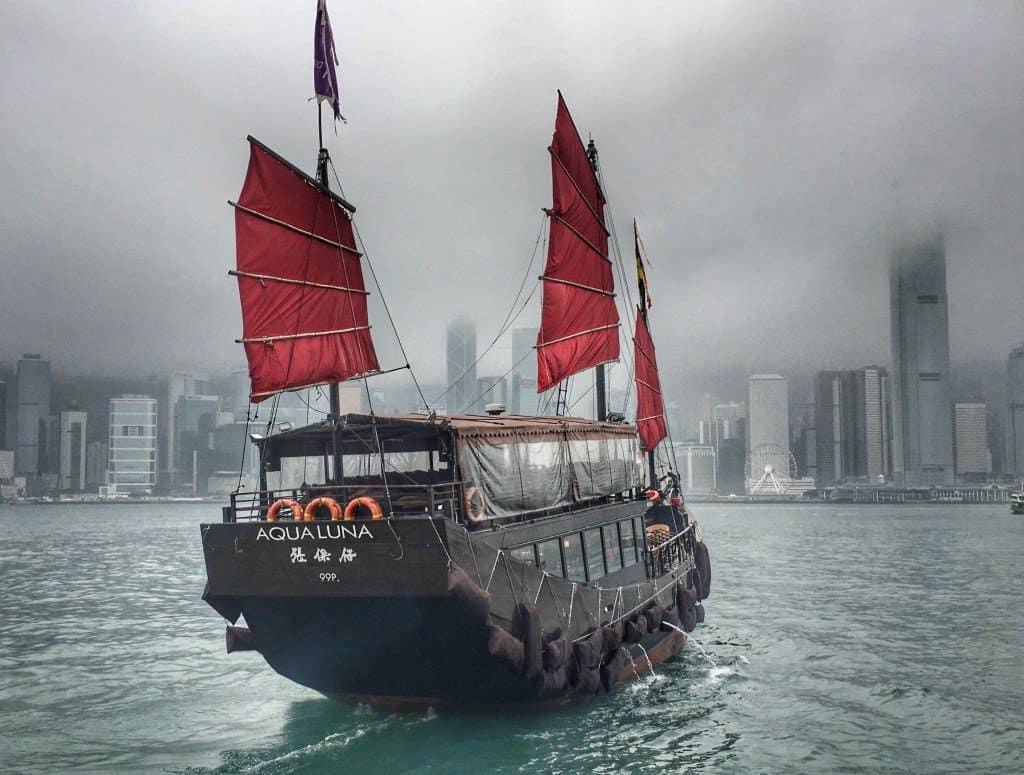 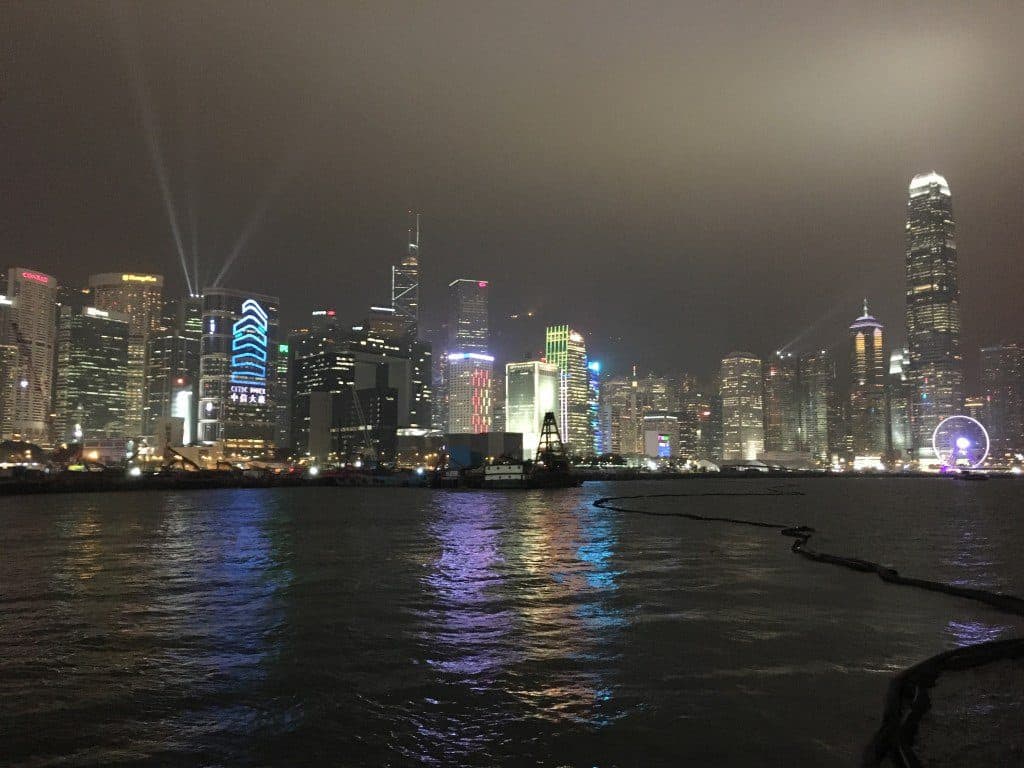 I even managed to find the Nan Lian Garden, a gorgeous spot of quiet in a crazy city. Fortunately I found it during one of the few afternoons with a window of no rain. 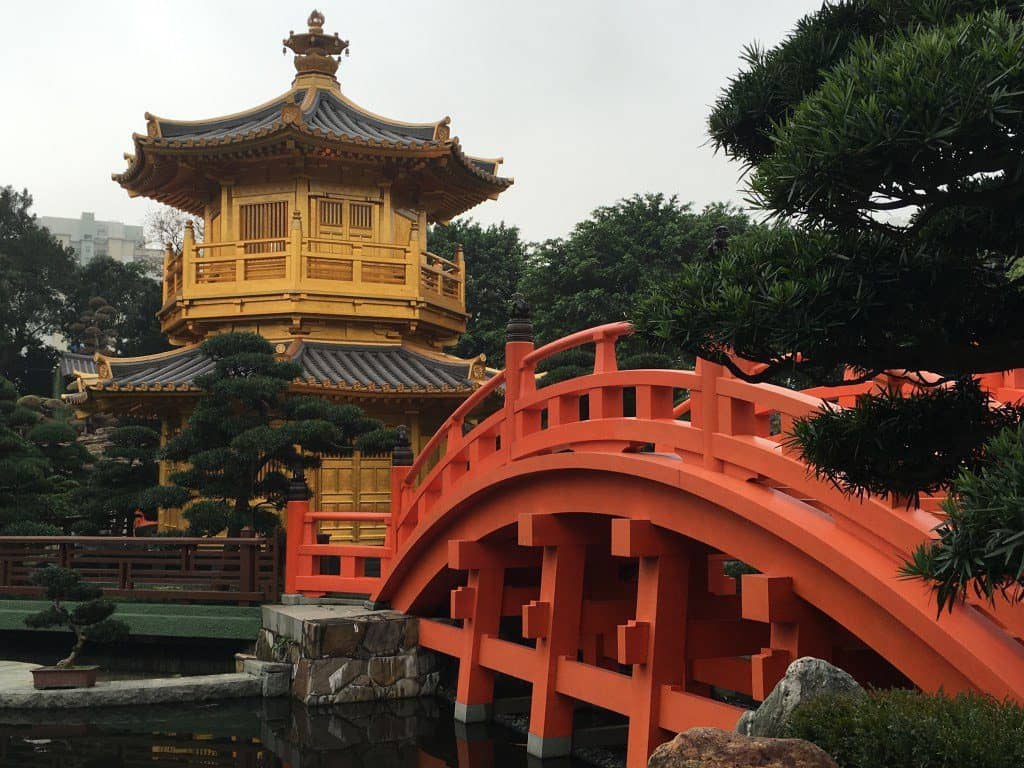 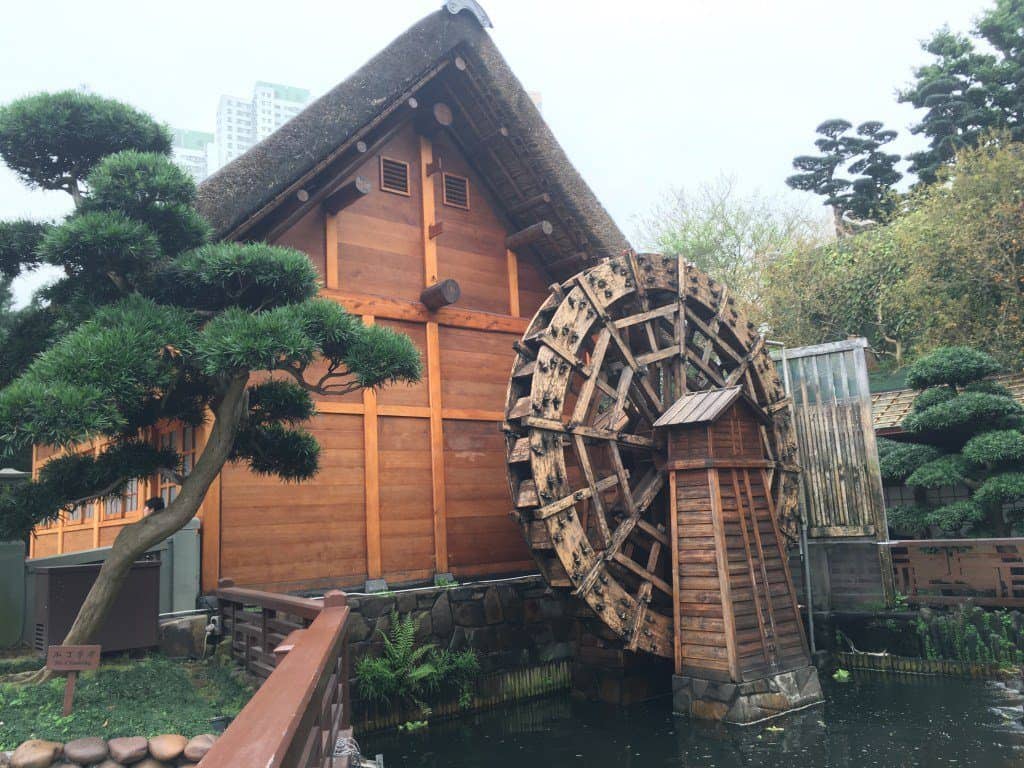 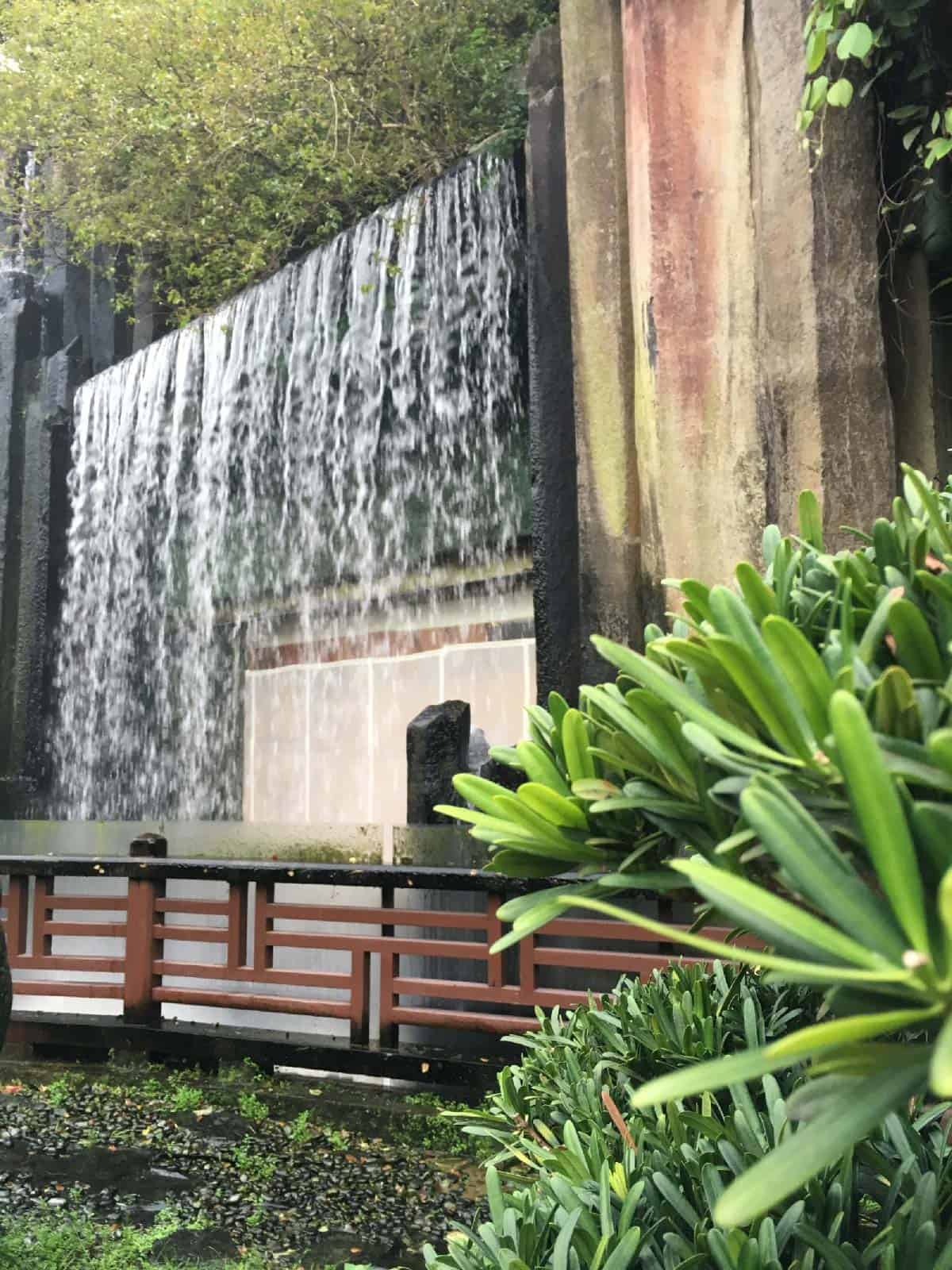 One of the most fun nights I had in Hong Kong was meeting my friends for drinks at the Stone Nullah Tavern. The happy hour is a “beat the clock” concept- all drinks start at 1 HKD (.13 USD) and the prices double every twenty minutes. So of course the goal is to drink as much as you can as quickly as you can without dying. The pours were understandably small and you couldn’t order more than one drink at time, but for thirteen cents a drink we weren’t complaining!

I took a trip to a neighboring island called Cheung Chau and had a nice lunch. It was interesting to visit such a sleepy little fishing island less than an hour from the madness that is Hong Kong. 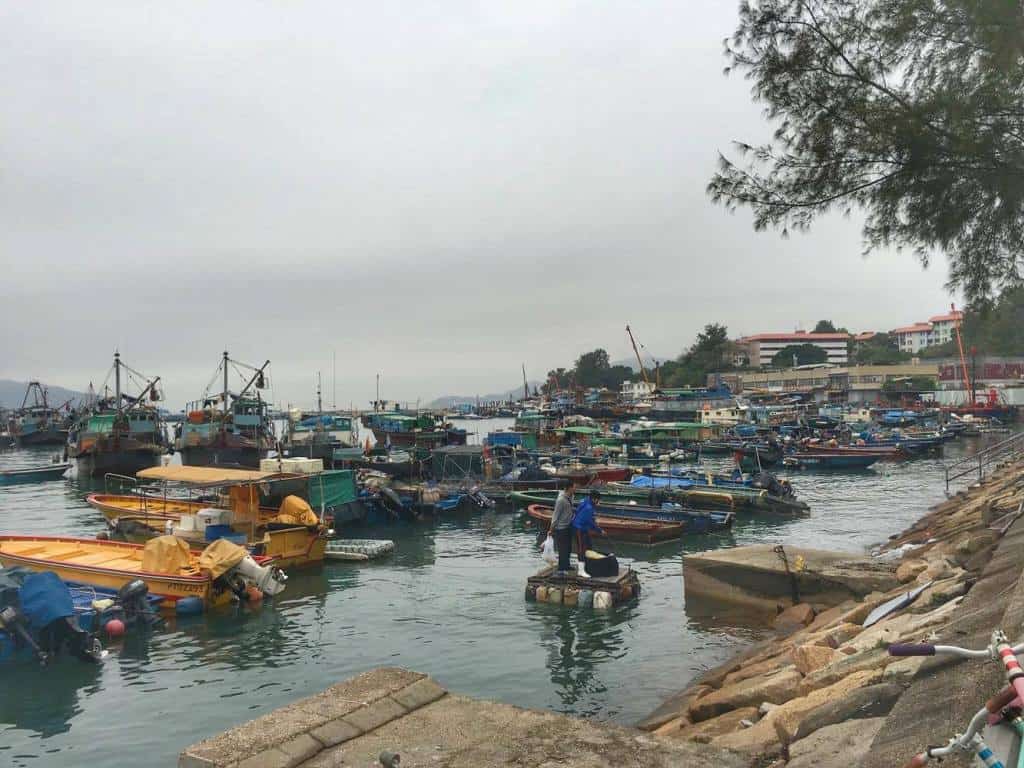 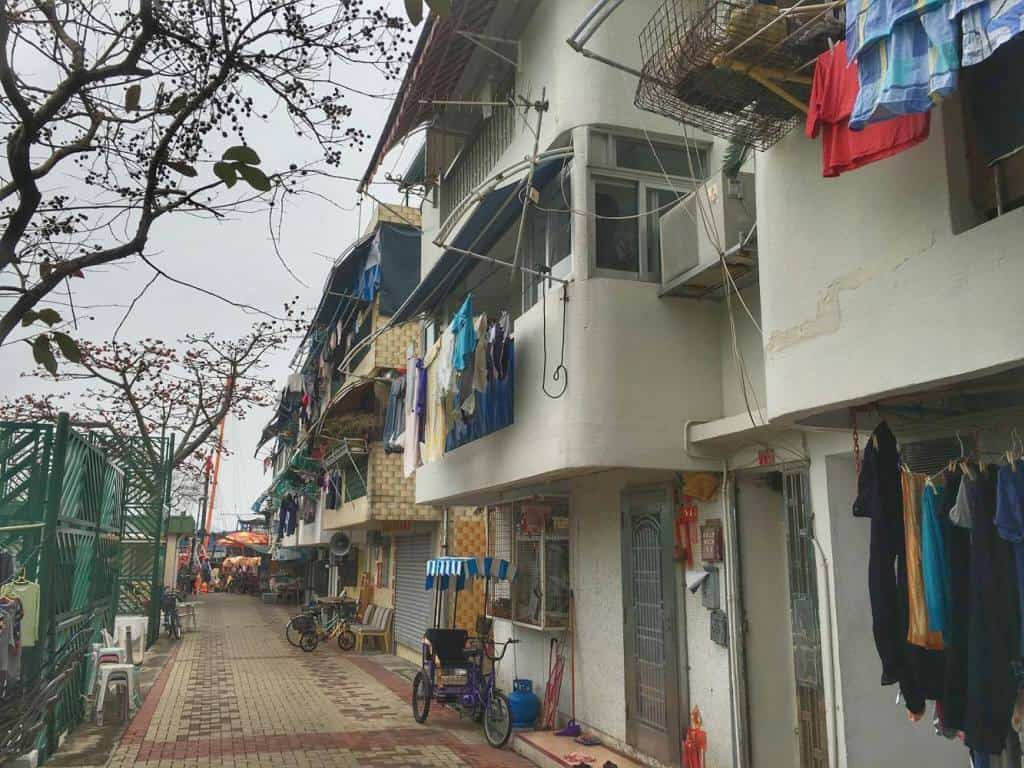 What I didn’t get to do were the big tourist sites such as Victoria’s Peak and Big Buddha. The weather was too bad, too rainy, and too foggy. Sadly, there were no views to be had.

Will I give Hong Kong another chance? I hope to make it back there again, sooner rather than later. I think if I were to visit when the weather was better it might just be love. 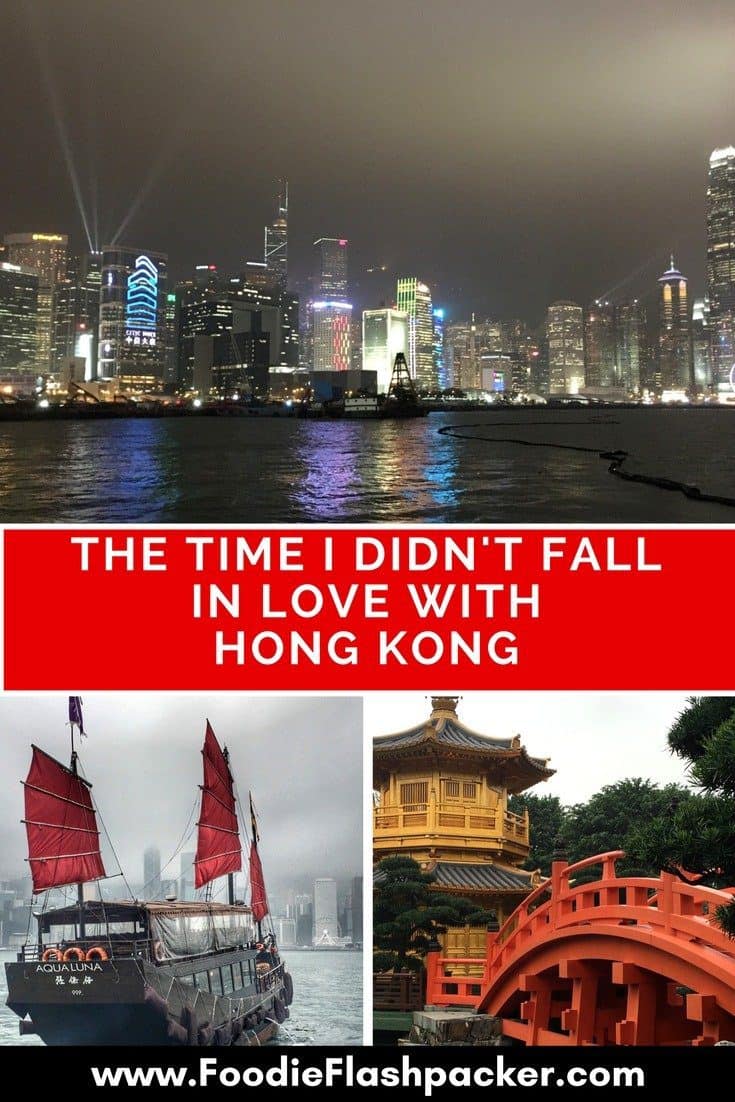 Have you ever visited Hong Kong? Was it like or love for you?

The weather definitely makes a huge difference in what I think of a place when I visit. Your pictures turned out nicely despite the gloomy weather. I hope to go to Hong Kong one day as well. Here's hoping I have better luck with the weather.

I hope you have better weather also! I went back a couple of weeks ago and the weather was thankfully much better. When you start to go feel free to message me if you need any advice on things to see/do while you are there.

Bad weather can really knock a trip out from under you. I remember travelling to Alaska and we had to cancel almost every activity we had planned since they had become too dangerous. Looks like you still had some experiences though, and now a reason to go back!

Ah, that would suck! I remember one time we were in Cancun and they called our room and told us "the ocean is closed today". Apparently there was some bad weather.

Have not been yet but it sounds like an alright place. Not too crazy about the prices though! Looking forward to hearing about round 2.

Yeah, the prices are a deterrent for sure. Especially since I've been basing myself in Thailand the prices seemed crazy high as compared to here!

Liz At Retracing My Stamps

Aw... I'm sad that the weather wasn't good. Hong Kong can be a hit or miss especially if the weather is bad and that you didn't go somewhere that fits you. The beauty of HK is that there's always something for everyone. im sure there are places waiting for your love there that you didn't hit. And like everyone said, your pictures are amazing!

Thank you! The fact that there was so much good food helped. I'm sure next time I'll have a better/different experience.

Weather can totally change your perception of a destination, especially when you have high expectations. Despite the rain, it looks like you found some fun things to do in Hong Kong. The food tour sounds fascinating. I don't know how I'd feel about snake soup, but skeptical is probably a fair assumption. Gorgeous photos, too! The weather did you at least one favor. That shot of the boat is beautifully haunting.

Thank you! I actually really liked the snake soup, I would have it again. I was pretty happy with the pic of the junk boat!