A Walking Tour of Istanbul with Serif Yenen 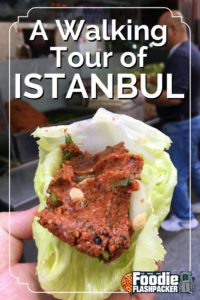 Serif Yenin is the go-to expert for walking tours of Istanbul. He has showed his beloved city to great names such as Princess Michael of Kent and Pope Benedict XVI. He’s even worked with the most famous celebrity of all: Oprah Winfrey. 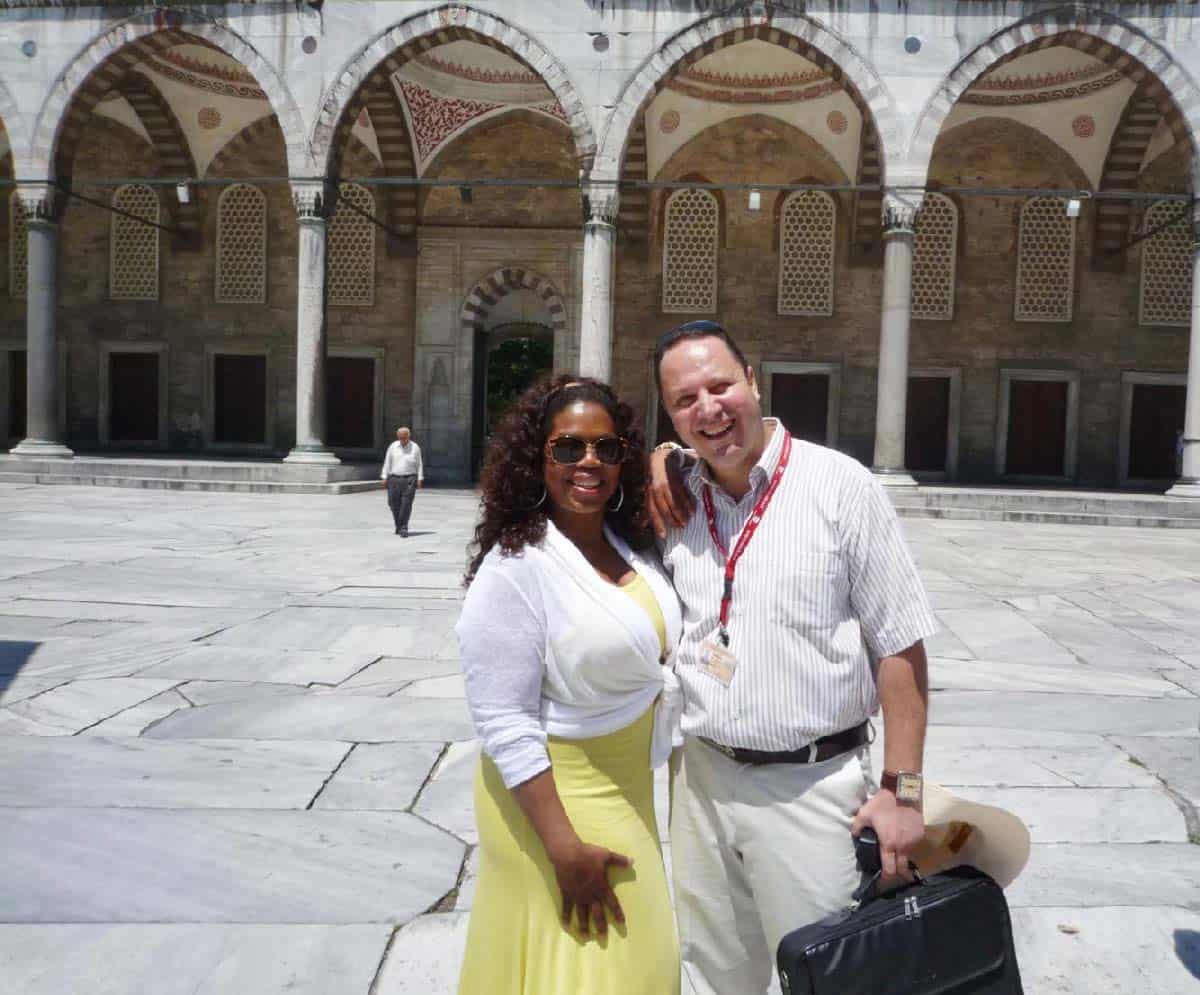 I contacted Serif and made arrangements to spend a day exploring Istanbul on a walking tour with him. I went in with excitement and an open mind without too many expectations. I left with a new appreciation of the city, a better understanding of its history, and a newfound respect for my host.

Serif didn’t take me on one of his standard tours, although I hear those are amazing as well. He studied my blog and developed a personalized tour he felt would most interest me. My custom tour featured lots of history and sites interwoven with plenty of stops to sample local dishes. He was able to perfectly design a day suited to my interests, and his thoughtfulness showed throughout the day.

We met in Taksim Square, a central location that made finding him easy work. As we made our way to the subway, Serif began explaining the complex history of the city to me — a history that dates back to 6,000 B.C.

As we descended underground to find our subway, he explained that Istanbul is the only city in the world that straddles two continents. I assumed there would be a noticeable difference between the two sides of the city in terms of culture or food, but Serif explained that this is not true. The Asian side is more residential and has fewer tourists but no real difference in the food. Both sides are distinctly Istanbul.

We found our first stop on the metro line: Istanbul University. The university dates back to the 15th century and hosts eighty thousand students at any given time.

We walked through the area, slowly making our way to the Sehzade Mosque. As we walked, Serif pointed out the neighborhood’s unique features, different stalls and shops.

The Sehzade Mosque is beautiful, absolutely stunning. The architect, Mimar Sinan, is one of Turkey’s most famous. I learned that the Sultan Suleiman the Magnificent commissioned the mosque for one of his sons. 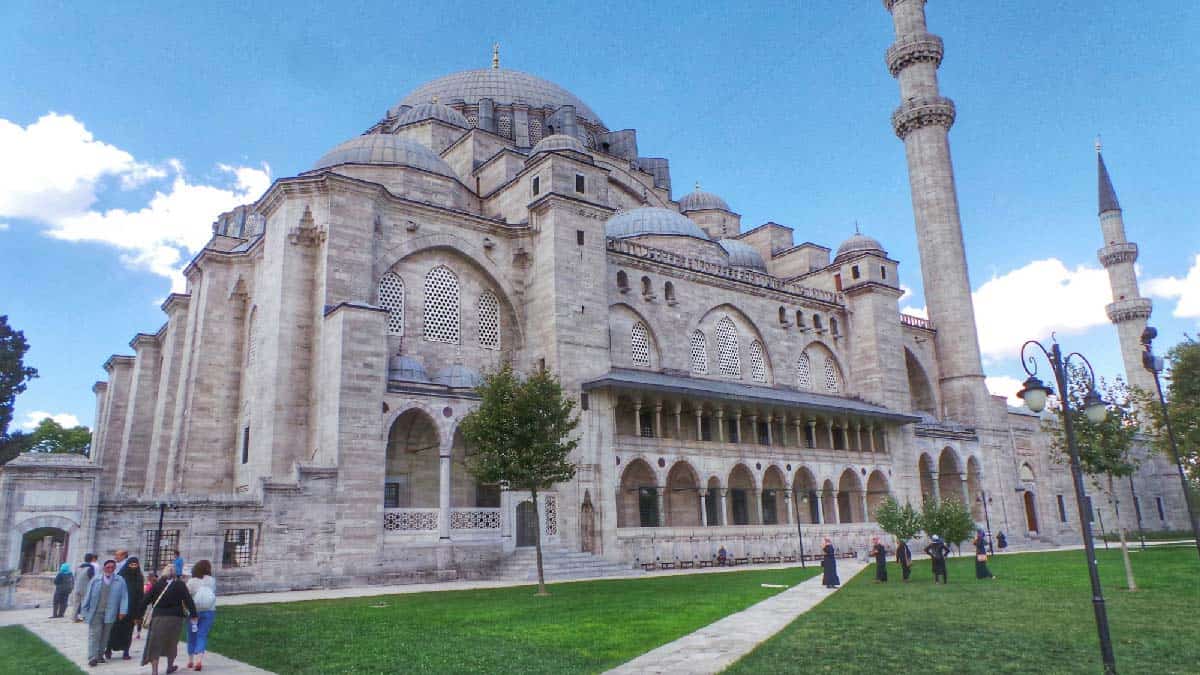 Instead of rushing through site and giving me the highlights, we sat for a while on the stone steps and took it all in. Serif explained the setting’s history to me, pointing out architectural features and design elements. 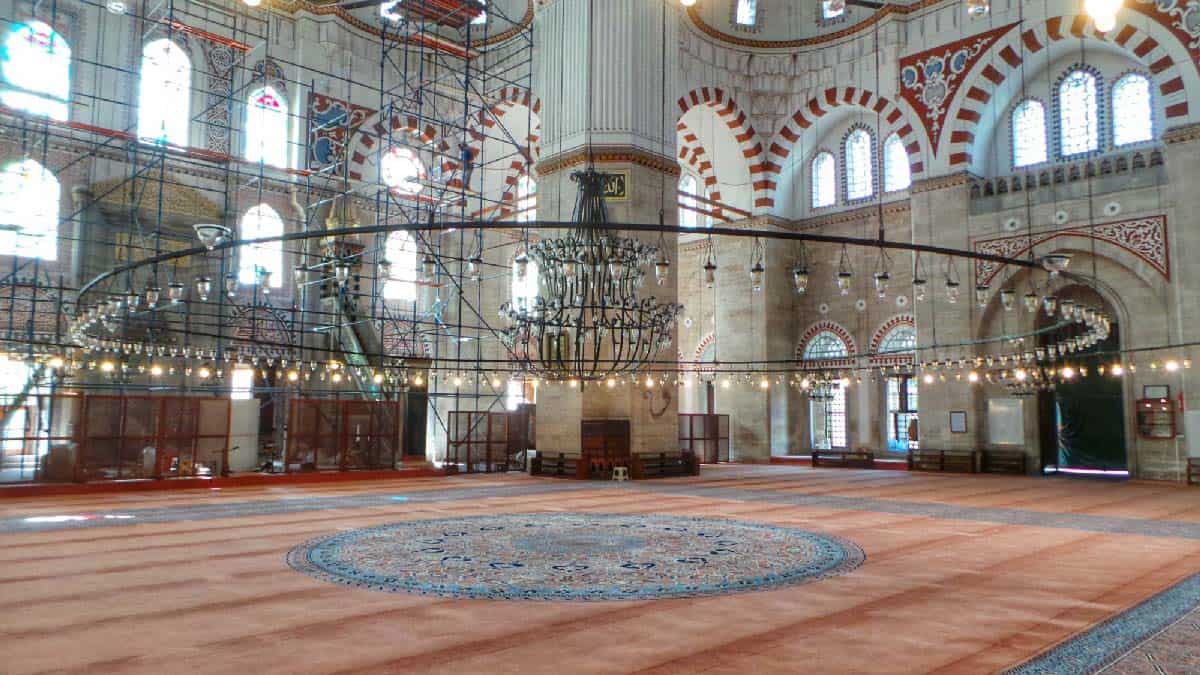 We discussed how wars and multiple empires had affected the city, changing and shaping its history. There was no hurry, no rush. Serif encouraged questions, and his answers were phenomenally thorough and knowledgeable.

As we exited the mosque, we toured the grounds and found a small cemetery. I had never seen headstones like these before. Apparently the smaller headstones indicate where children are buried. 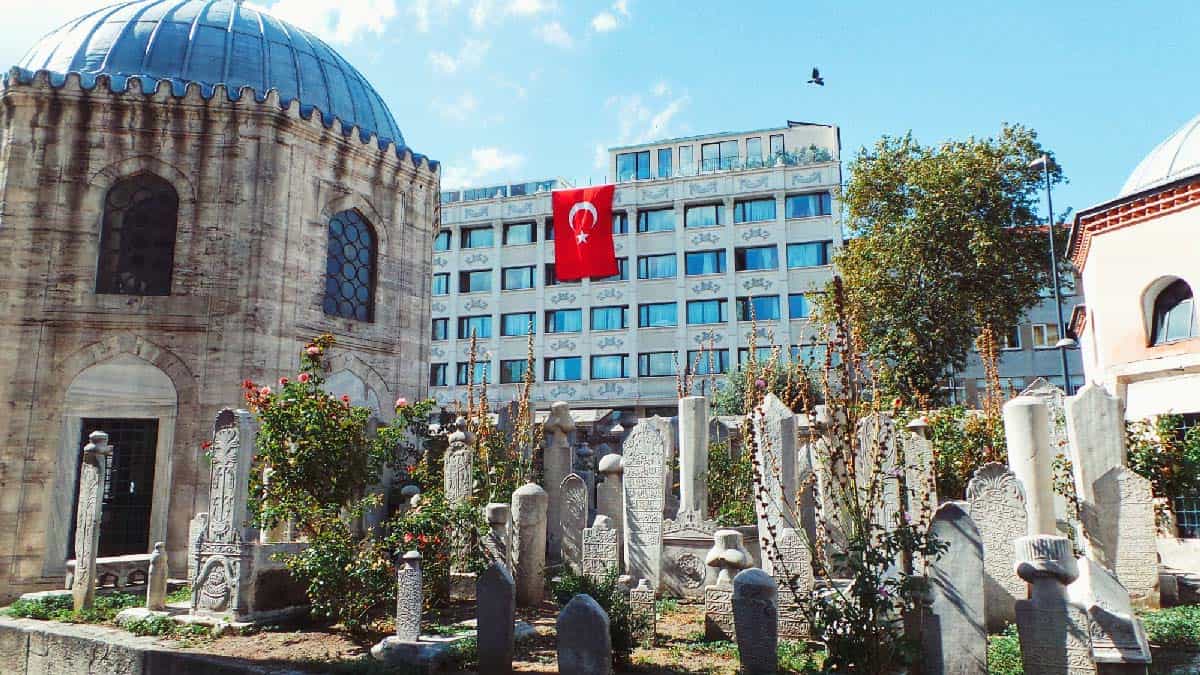 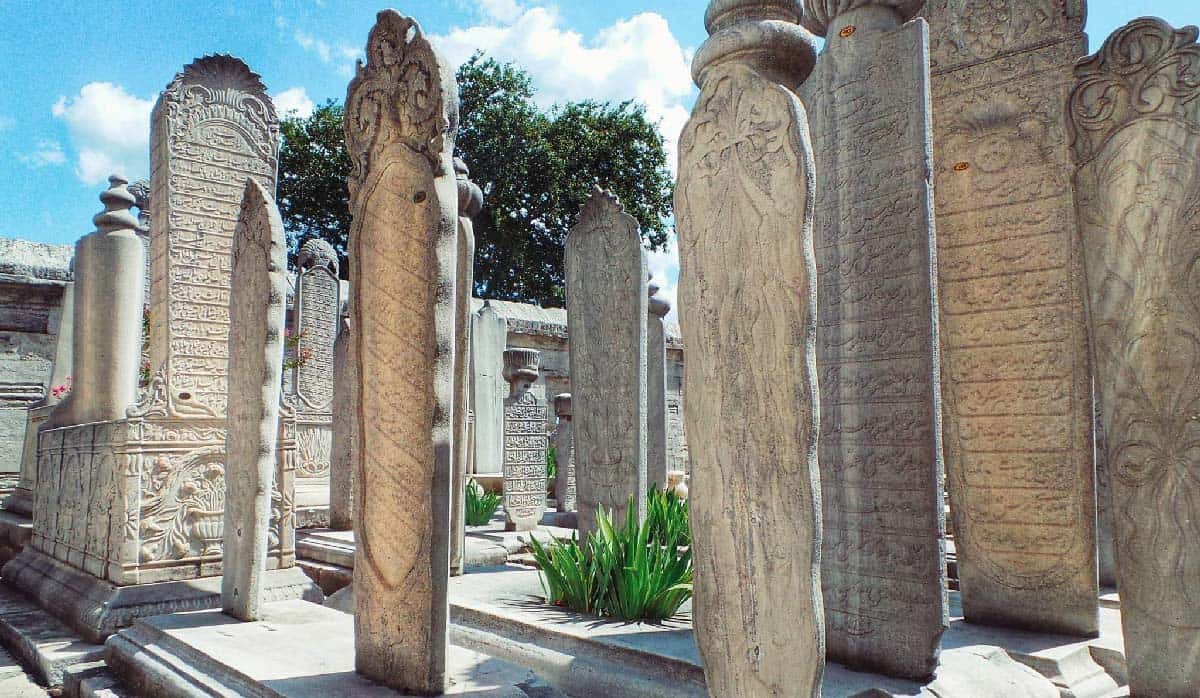 Our first foodie stop was for a simple dish, but one full of flavor. Serif explained that it is one of his favorites, and the restaurant he had chosen was famous for this particular dish. The dish, dry beans with rice, is known as kuru fasulye. It was hearty and filling; Serif playfully cautioned me not to get too full, as this was only the first of several stops. 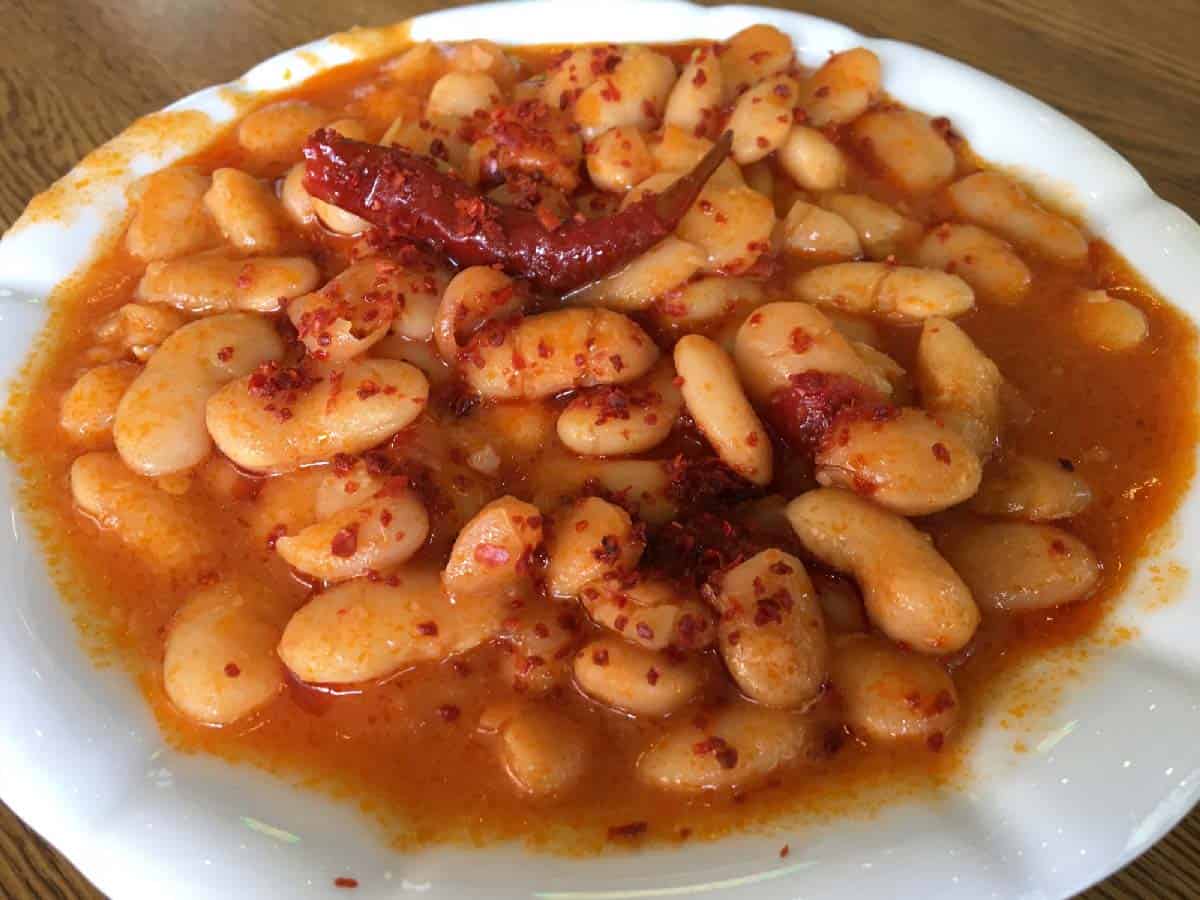 We exited the restaurant and strolled through the neighborhood. This area featured craftsmen at work. Serif explained how the neighborhood had changed in many ways over the years, yet still largely remains the same. 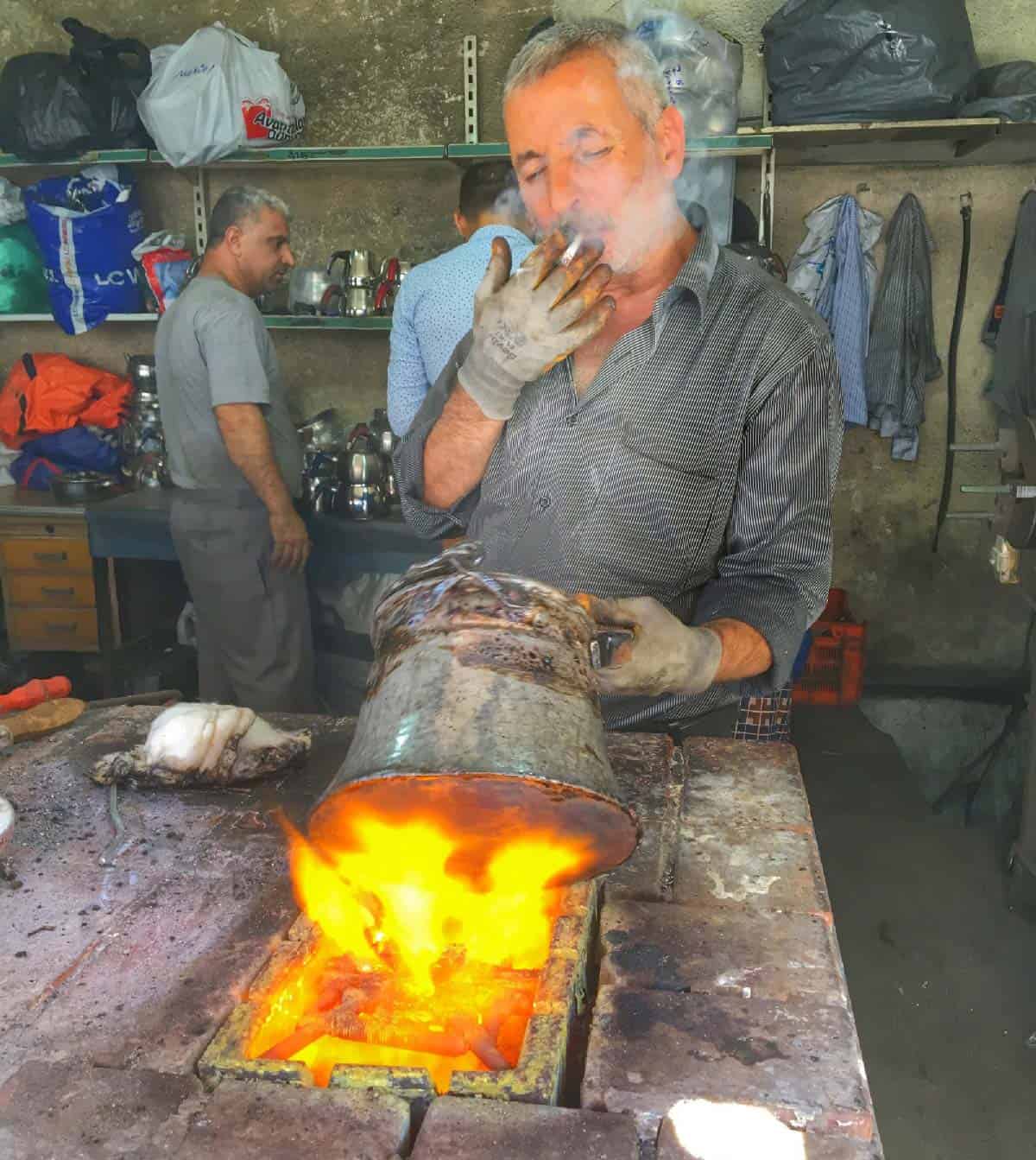 Our second stop was for boza, a local drink. Boza is an early form of beer that contains 1-2% alcohol and is primarily served in winter. The drink is fermented but not filtered in a process similar to beer. It’s thick and creamy and served sprinkled with cinnamon. I admit that at first I was skeptical, but I finished my glass. The shop Serif chose for us has been serving patrons since 1876, so it’s fair to say it’s established itself as one of the best in town. 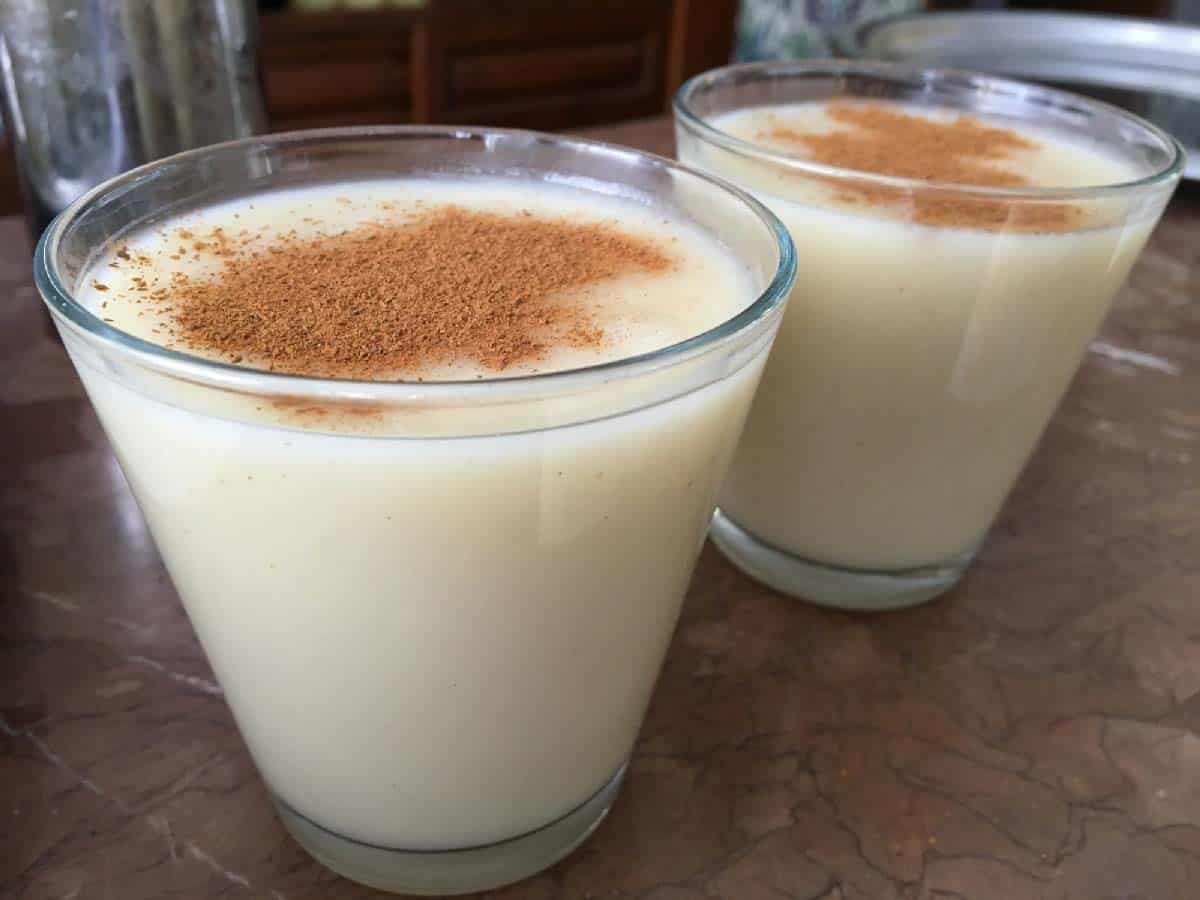 The next stop was at a shop selling a local specialty — the intestine sandwich. I had tried this before, and although it’s delicious, I usually have trouble enjoying a dish when I know it contains organ meat. Still, I loved the seasoning on this sandwich, and the bread was amazing. 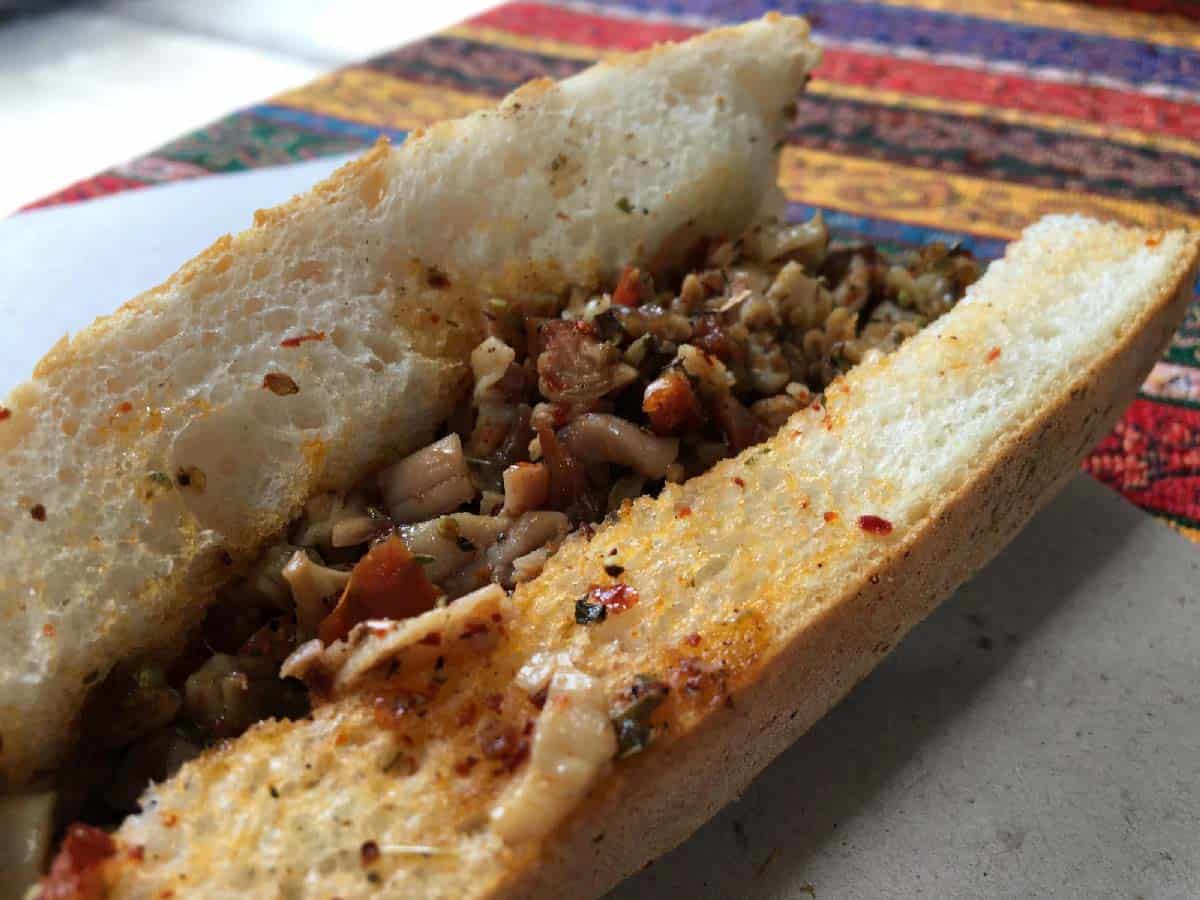 It was interesting to see the vendor assembling sandwiches. He was quick but efficient, as though he had made more sandwiches than anyone could count. He removed a skewer of grilled intestines from the roaster, quickly chopped the meat, and expertly slid it into the chewy bread. 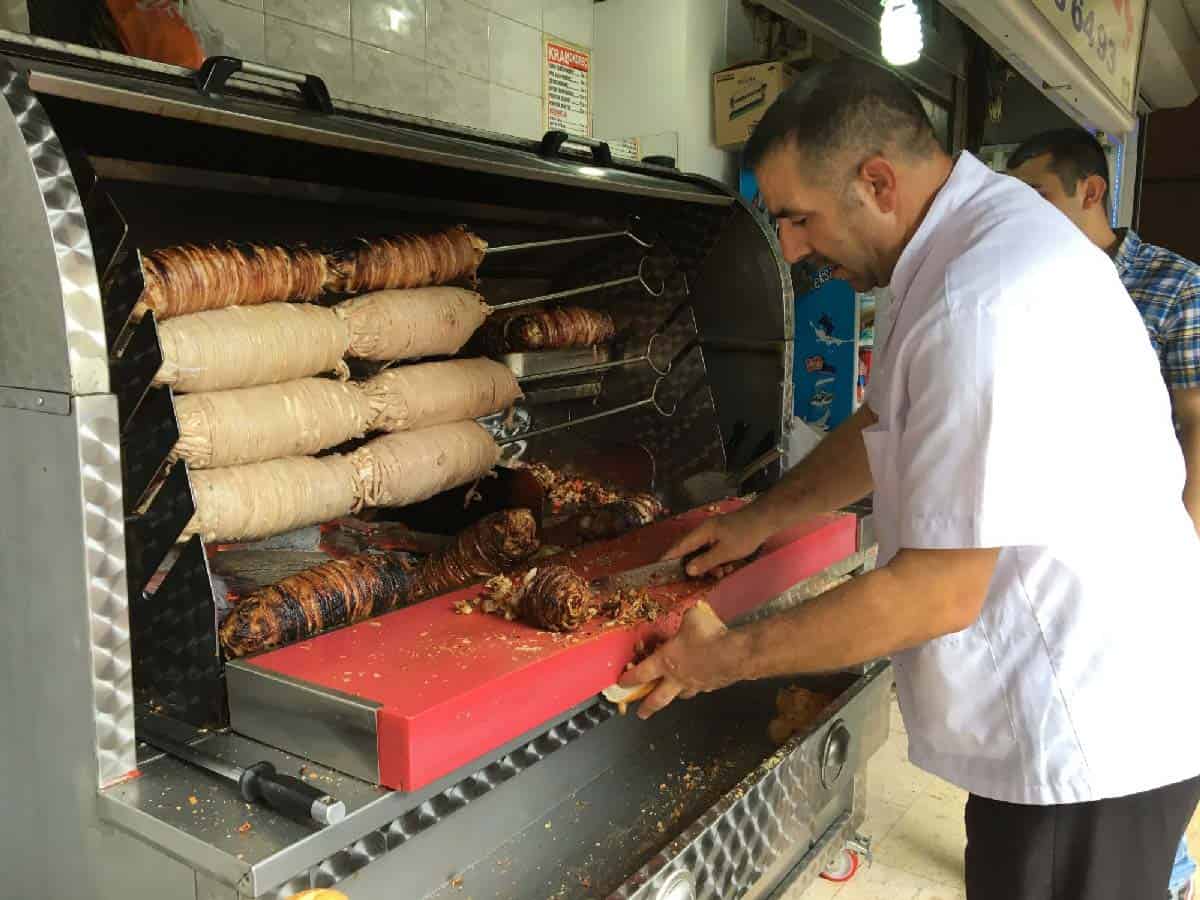 Serif then told me that our next stop was for a raw dish. I tried to pretend I wasn’t nervous, but I quickly found out it was a raw vegetable dish. This vendor was the biggest character of the day. A small crowd gathered around and watched him prepare and season the filling. He passed out lettuce cups to everyone before filling them with the mash. After a final squeeze of lemon, we all sampled his creation. The dish was so light, but also so full of flavor. 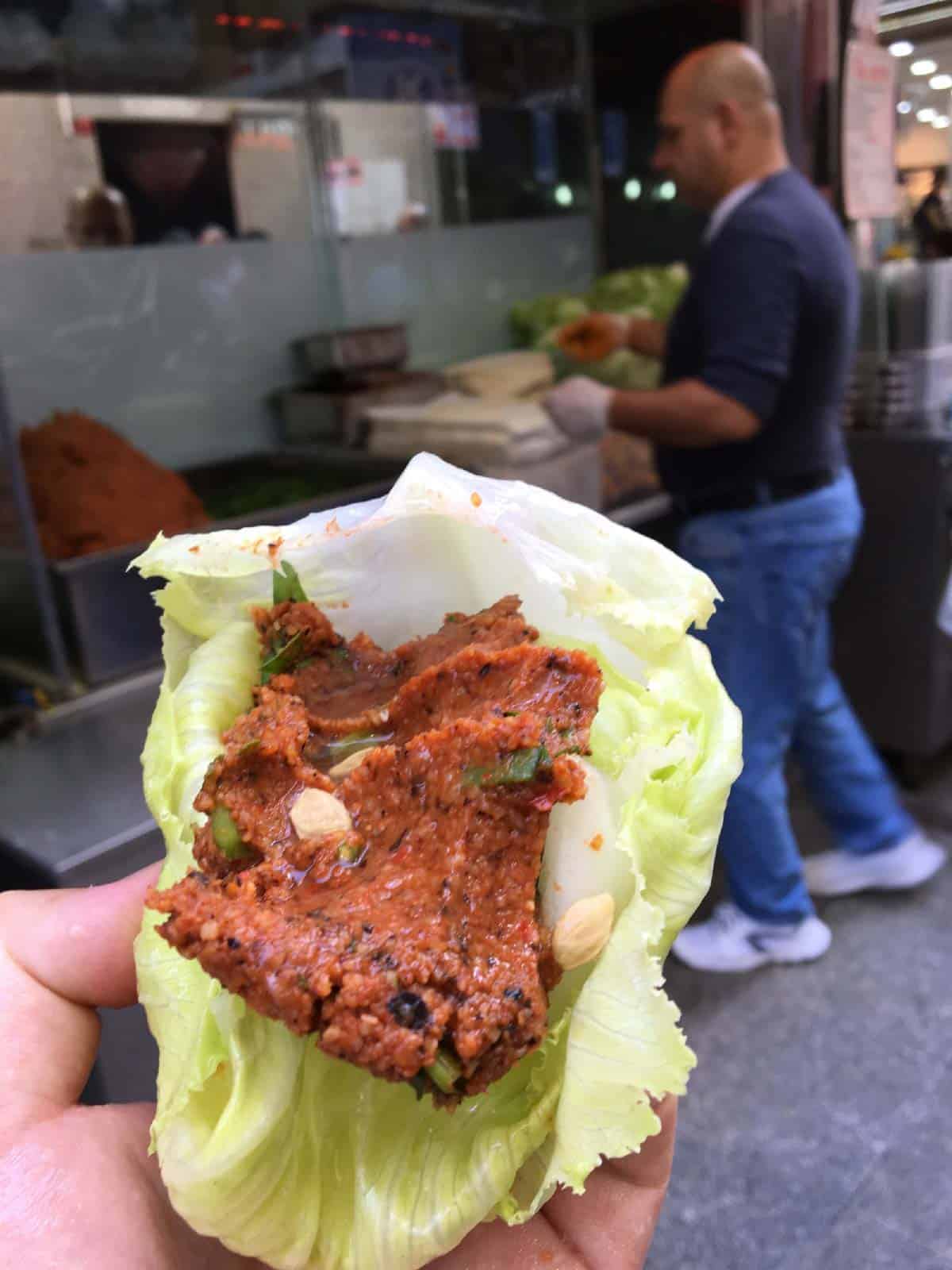 Next, we stopped down an alley I would have never noticed had I been alone. After a few quick turns, we settled in for the first of several Turkish coffees we would enjoy that day. Serif explained how to specify your sugar preference when you order.

I’m not big on coffee, but there’s something about Turkish coffee that I absolutely love. There’s an art to drinking it. You have to wait until the grounds settle in the bottom of the cup before sipping, and make sure to stop before you drink up the grounds. 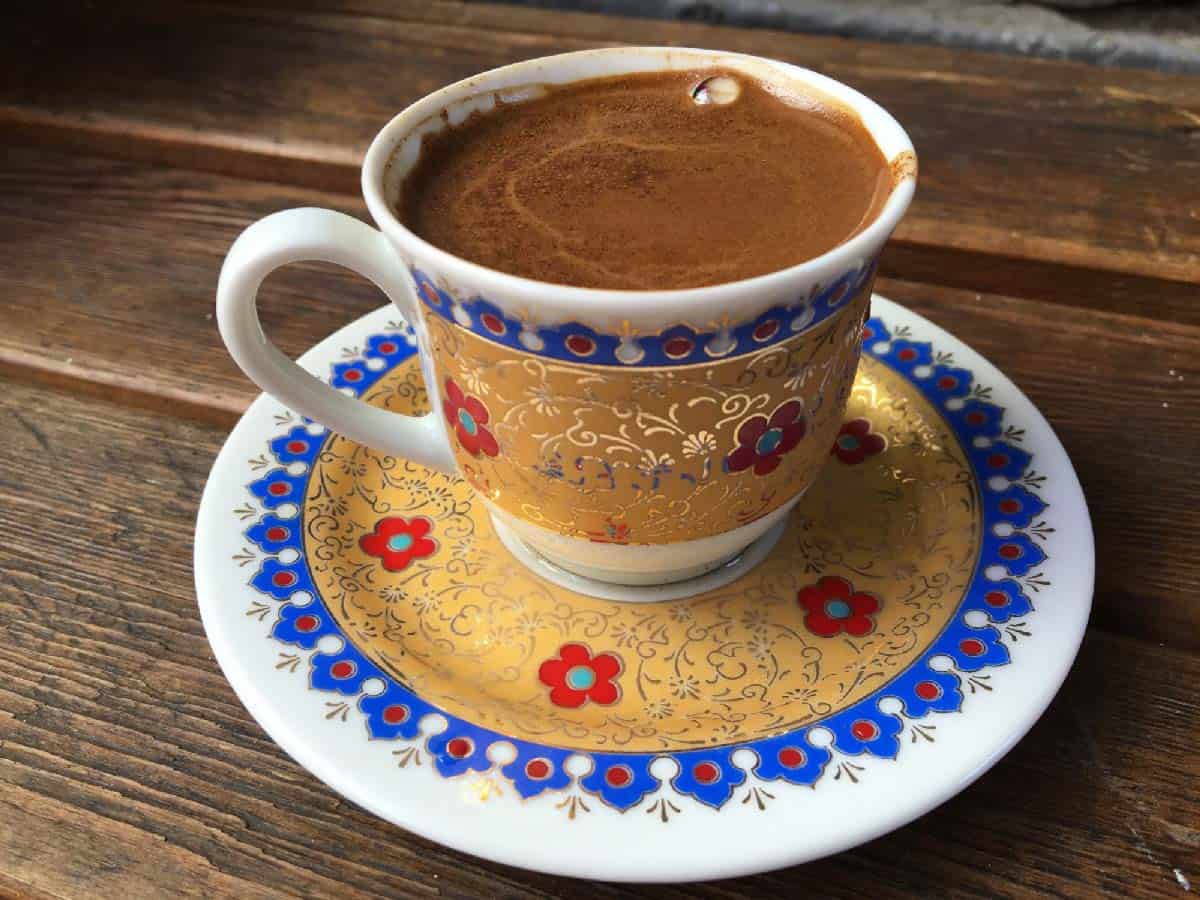 Again, there was no rush. We sat and enjoyed the coffee and watched the neighborhood pass by around us. People haggled in the streets, vendors cleaned their shops, and locals went about their shopping. it was a familiar scene in an unfamiliar city.

When I told Serif I wanted a nice shot of the city, he said he knew the perfect place. A short walk and a few flights of stairs later, I had my shot: 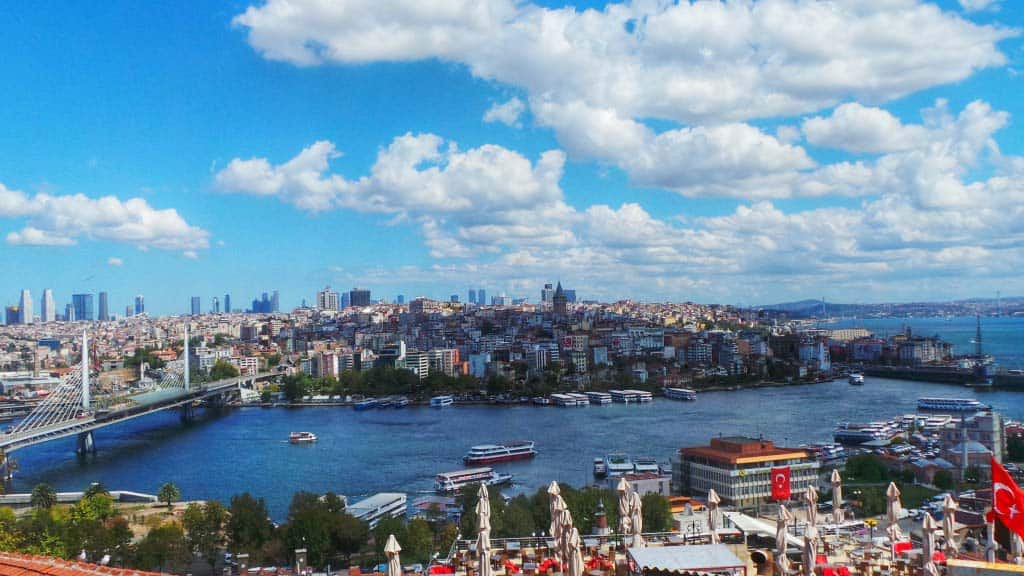 Our tour took us from the European to the Asian side of the city, and Serif was correct, there wasn’t a noticeable difference. The Asian side was less crowded, but after recent events, all of Istanbul is less crowded. We talked about how those events have affected tourism and his business.

Tourism is way down, by some estimates up to ninety percent. We discussed how, even after a terrible incident, life must go on. People must still return to work, to school, to their lives.

On this side of the city, we sampled traditional Turkish delights. If you get the chance, try the pomegranate double roasted pistachio version. For someone who claims to not like sweets, I had several of these. 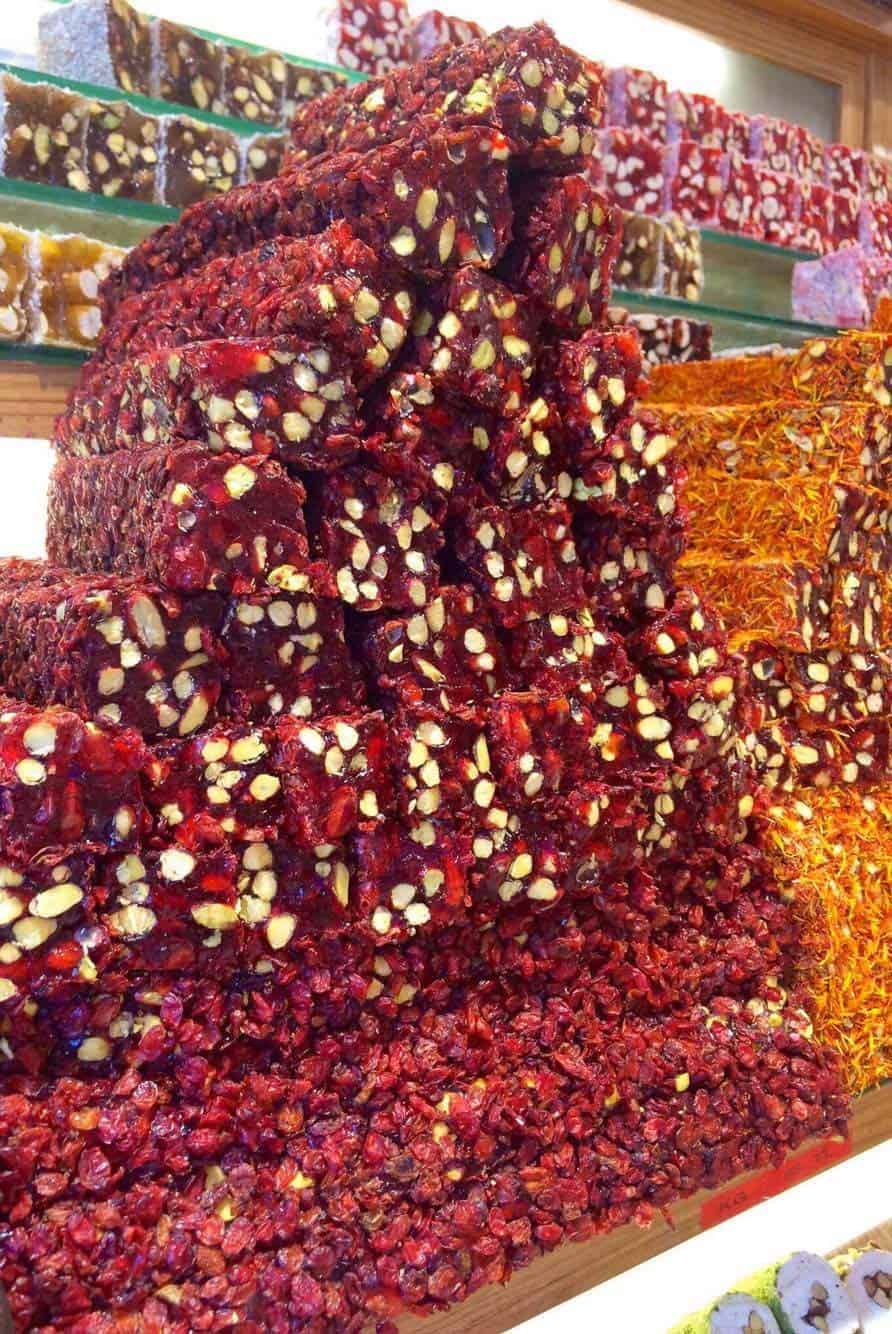 Walking along Istikal Avenue and returning to where we had met, Serif pointed out shops and businesses that have been around for more than a hundred years. In a city so thoroughly modern, the blend of old and new is nearly seamless. I can think of only a handful of cities I’ve ever seen with a similar character.

Saying goodbye and wishing each other well, I thought about how I had started the day with no expectations. But Serif had managed to set the bar for my future tours to a new high. The day was truly the perfect blend of history, both old and new, foodie stops and new knowledge of culture and traditions. I definitely encourage you to contact Serif to arrange your own tour when planning your visit to Istanbul.

If you enjoyed this post please consider pinning it using the image below: 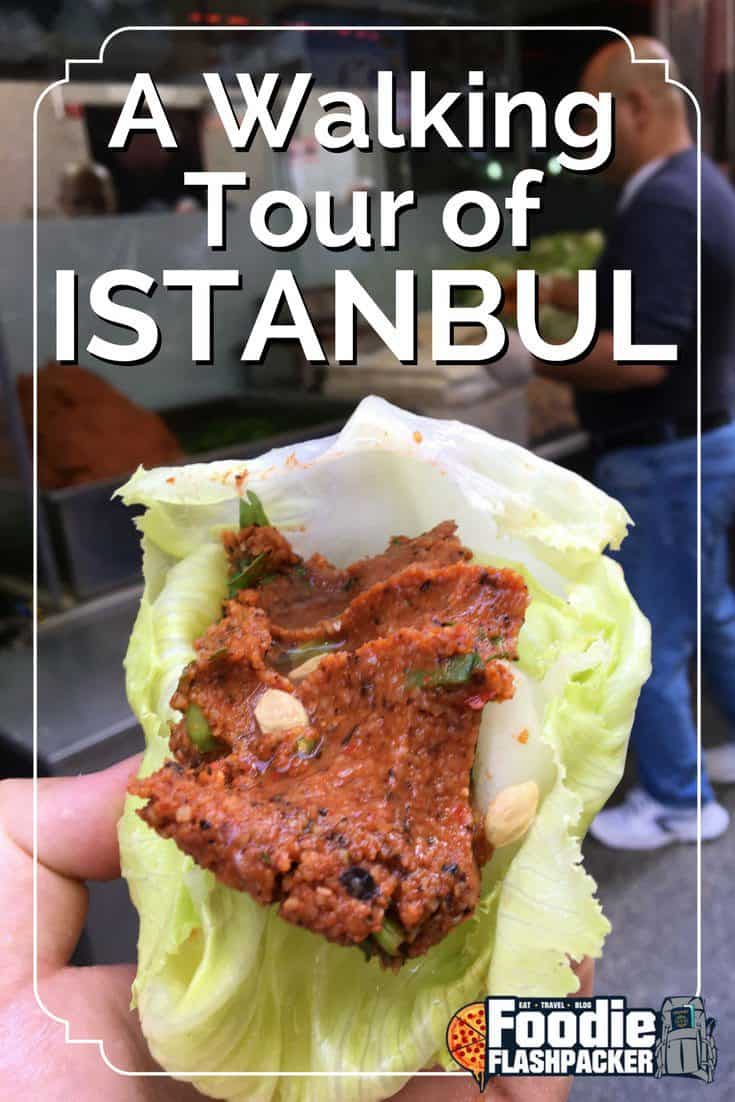 Disclaimer: I would like to thank Serif for having me as a guest on his tour. Although the tour was complimentary, as always, all opinions remain my own. 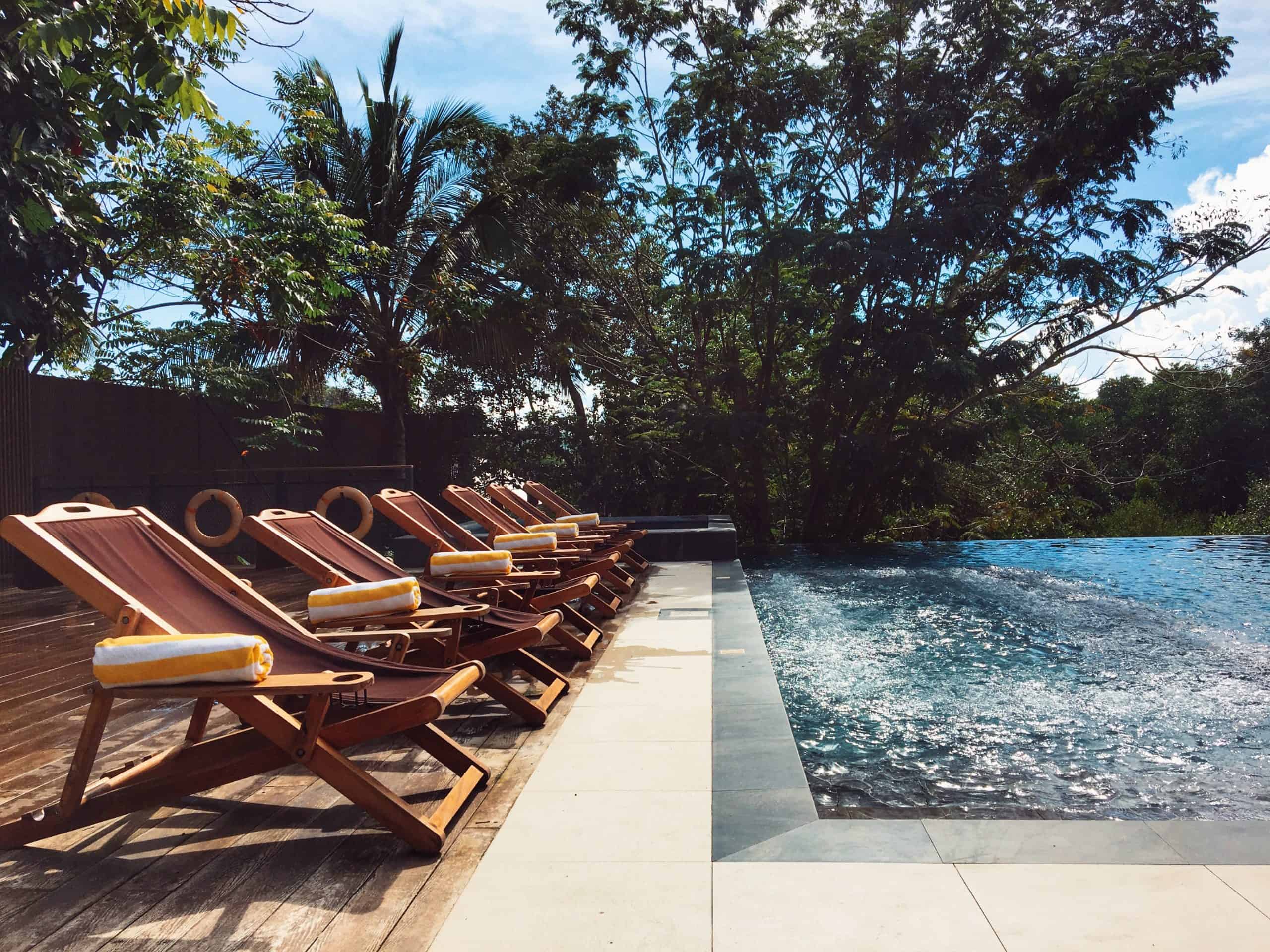 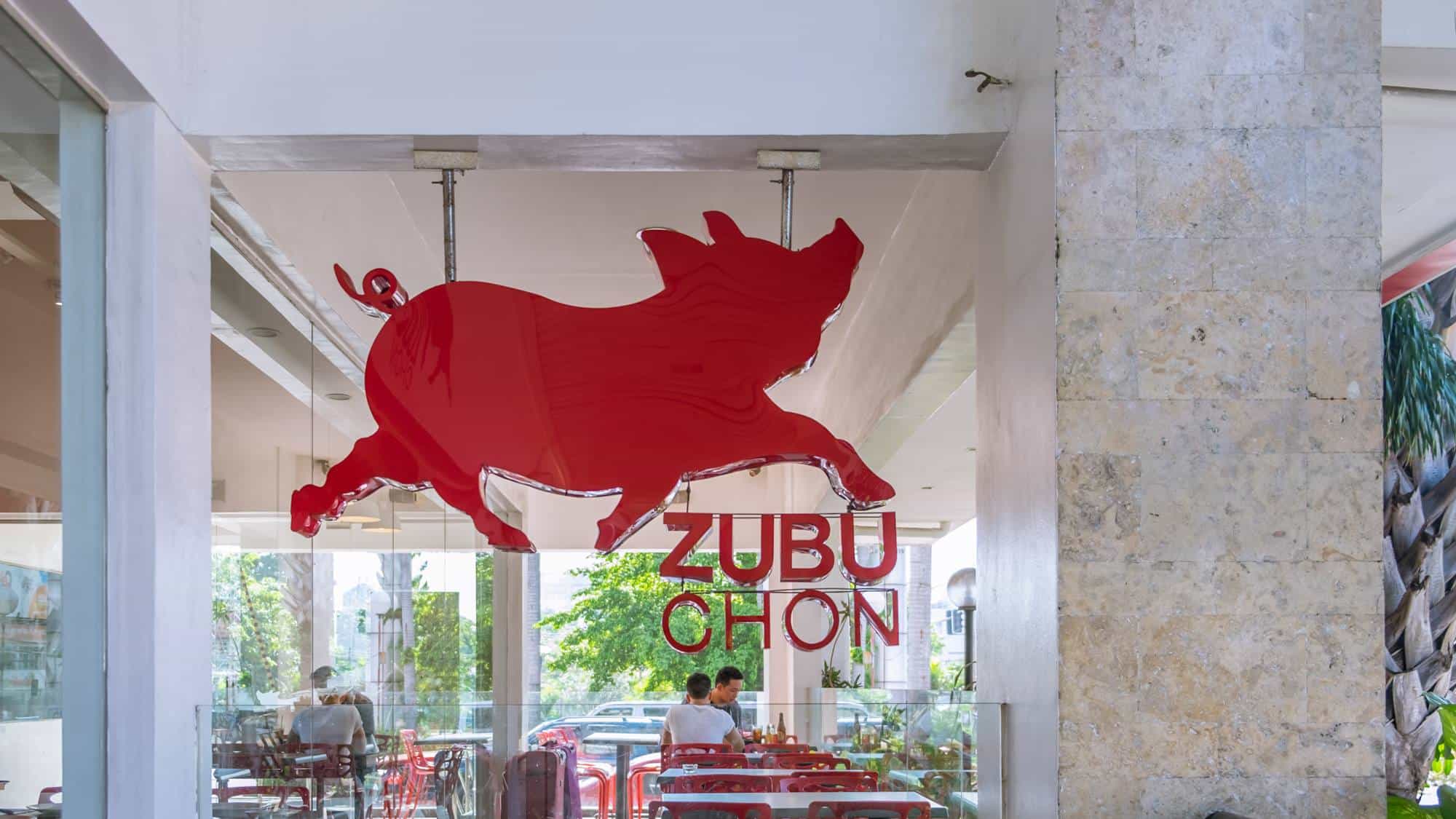 The Making of a Foodie or An Ode to Filipino Food
Read Next Post →
Click here to cancel reply.

Istanbul is simply amazing. I never knew it could be soo beautiful. I would love to explore it and gain a new perspective about the place. Walking tour of Istanbul is definitely on my list!

The only city in the world on two continents, fascinating! Thanks for this post, very enjoyable to read!

Yes- I love that fact about the city. We crossed back and forth between continents on our tour.

You had such an amazing tour, Nathan, You have captured all of the great moments from Turkish culture and architecture!

Thank you! It really is a great tour. I recommend you checking it out when visiting Istanbul.

I love walking tours! Any city I go to I try to find a free walking tour. This tour looks and sounds amazing! Especially all the delicious foods!

It was really a great tour! I recommend it if you get the chance to go.

What a wonderful way to learn about Istanbul. It sounds like we have similar tastes - history and food - so this customized tour would have suited me as well. If I head that way I will put a tour with Serif on my list!