Denver may be most well-known for its elevation (aka “The Mile High City”), having over three hundred days of sunshine each year (perfect rooftop weather), or being a big dog in the American beer scene.

But visitors may be surprised to find a bustling restaurant scene as well! Whether it’s breakfast, brunch (a particular favorite in the city), lunch, or dinner, you’re sure to find no shortage of amazing options for places to eat in Denver.

Which can make it tough to narrow down where to nosh. So a good place to start in any city is the iconic restaurants – the ones that put a city on the map food-wise, or are instantly recognizable within those city limits. And for Denver, that starts here.

The Thirteen Most Iconic Restaurants in Denver, CO

When it comes to the most historic restaurants in Denver, Buckhorn Exchange certainly rises to the top of people’s minds, and for good reason. Not only is this restaurant in its second CENTURY of operation, but it also is credited with having the first liquor license in the state of Colorado. In fact, it’s known as Denver’s oldest restaurant and steakhouse, having opened in 1893. 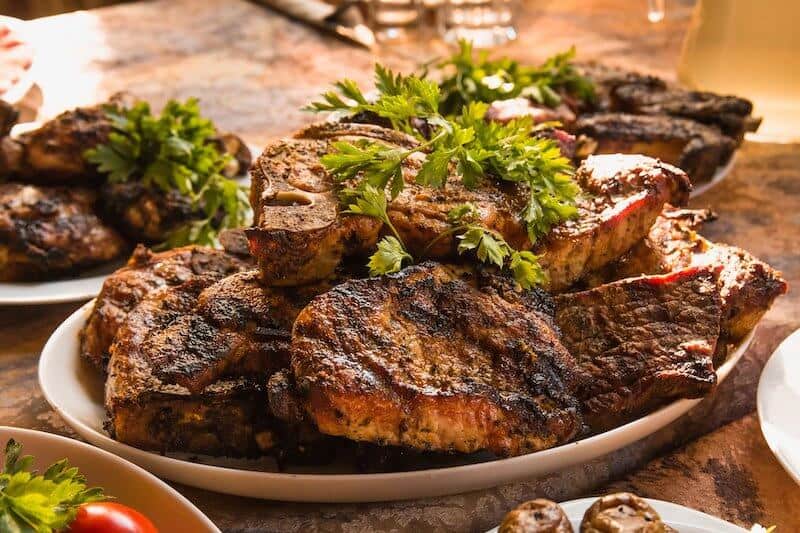 Today, people flock to this steakhouse in droves for their wide array of wild game. Sure, you can get your standard beef, chicken, or pork just like any other steakhouse. But what sets Buckhorn apart is the availability of meats like elk, yak, and alligator. And rocky mountain oysters, of course…a local delicacy. If the carnivore in you craves more and varied meat, make sure you visit this distinctive Denver steakhouse.

Sam’s No. 3: A Classic Denver Diner

Is there anything more nostalgically American than an awesome diner? A place where prices are typically lower, you can get breakfast all day, and the size of the menu means everyone can find something they like? 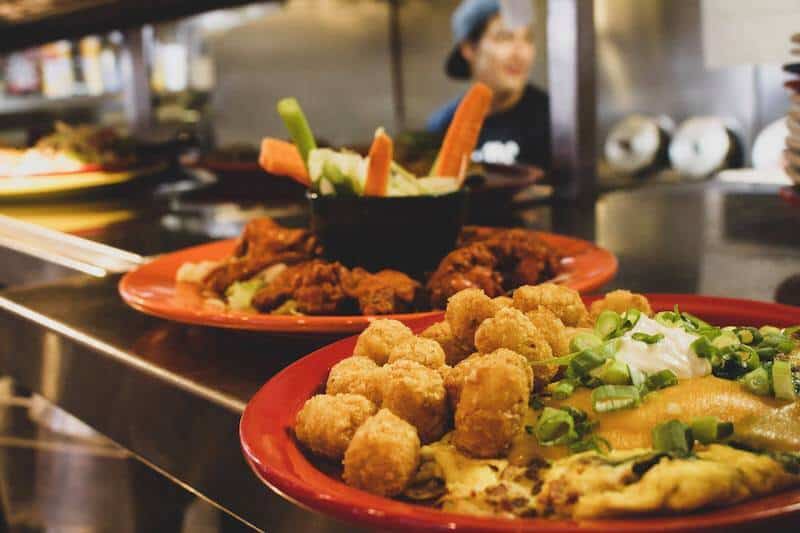 Sam’s No. 3 is the epitome of the classic diner in Denver. In fact, fans of Guy Fieri’s “Diners, Drive-ins and Dives” may recognize this spot, as Sam’s was featured on the show in 2011. And if the popularity wasn’t already there (it was), it has since skyrocketed!

Here you can find your typical diner fare: breakfast served all day, burgers, sandwiches, etc. But what Sam’s is REALLY known for is their amazing green chili and absolutely massive (and creative) breakfast burritos! 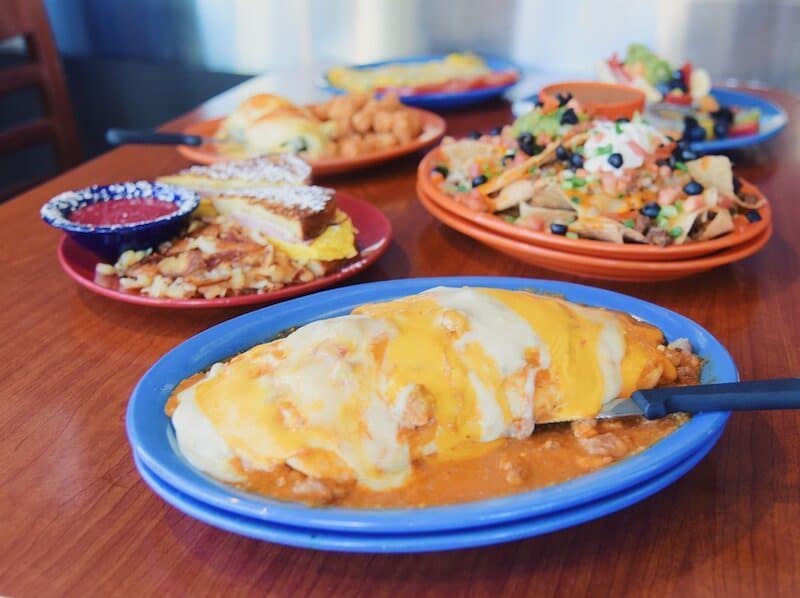 For an eating experience reminiscent of days past, make sure to try this classic Denver diner.

The Cherry Cricket has been slinging some of the best burgers you’ll ever taste in Denver since the 1940s. Back then, it was regaled as one of Denver’s very first sports bars. 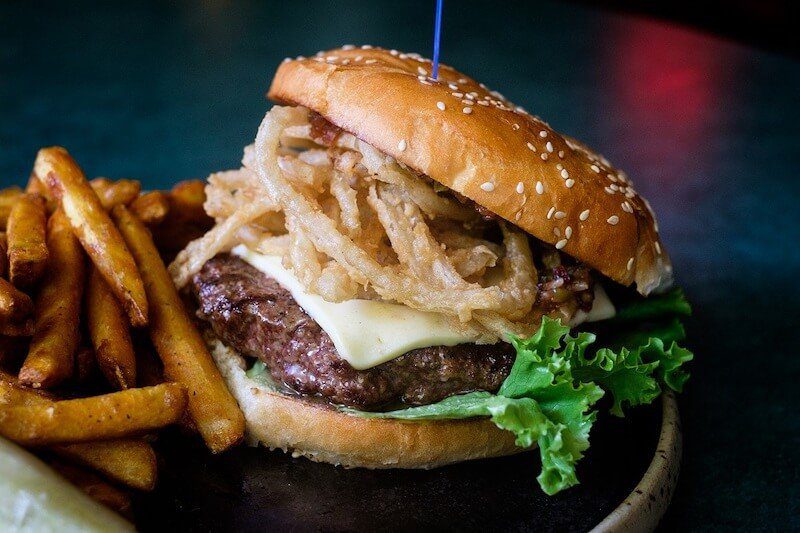 Flash forward to the 21st century, and the Cricket is so loved by the Denver community, that when a fire ravaged the building in 2016 the impacts were felt city-wide. Luckily their closure was short-lived, and they came back stronger than ever, even opening a second location in downtown Denver’s ballpark neighborhood. 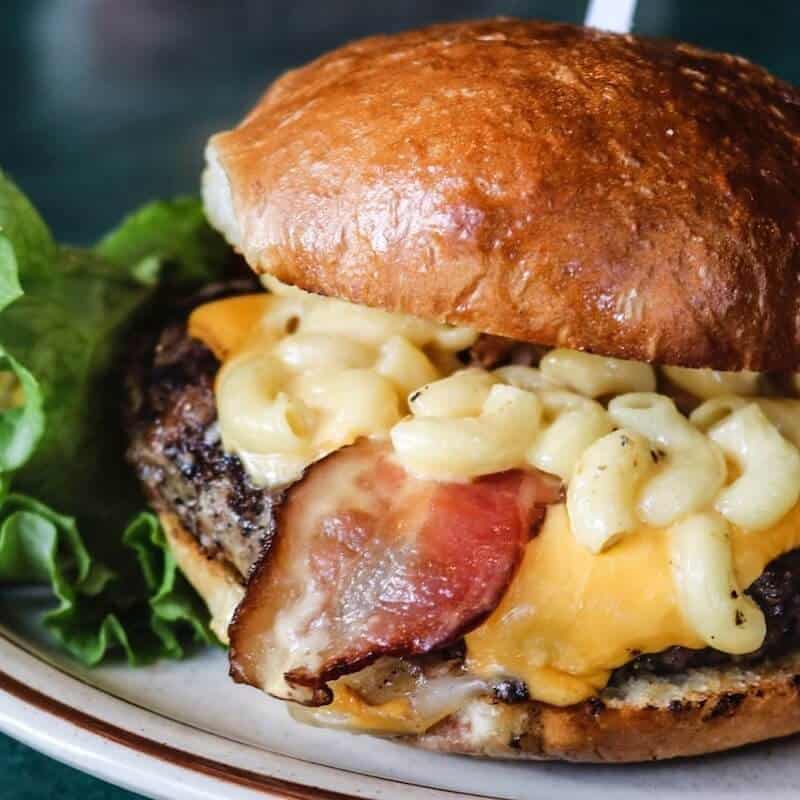 Check out one of their specialty sandwiches, or create your own from their massive list of potential ingredients. The possibilities are endless. Just make sure you get some fries on the side!  Great place, great fun, great burgers at this Denver restaurant.

Casa Bonita: The Most Fun Restaurant in Denver

When outsiders think of Denver restaurants, Casa Bonita may be THE most widely known. And we ultimately have South Park to thank for that. Because they certainly aren’t known for their food – it’s very basic cafeteria-style Mexican fare.

But however we got here, you simply cannot have a listing of iconic restaurants without including this one. Despite knowing the food shortfalls, people still frequent this establishment for the experience. 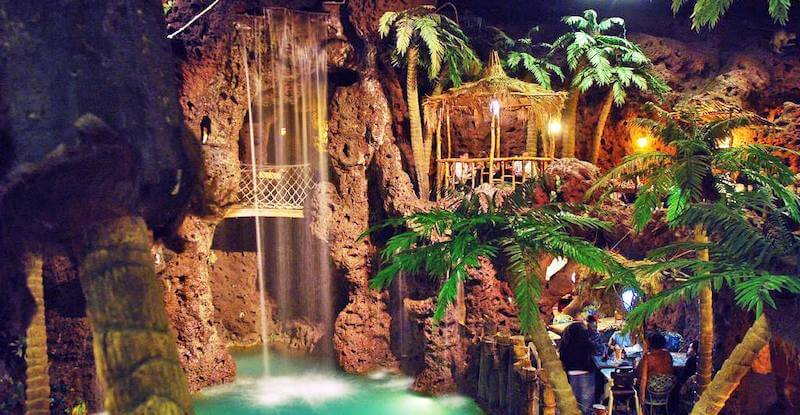 Casa Bonita has an extensive schedule of over thirty attractions. The most popular (and famous) being the dive show, where divers plunge into a fourteen-foot deep pool from a thirty-foot high indoor waterfall.  While it may seem strange to include an average Denver restaurant in this list, there is nothing average about the entertainment value here.

Gaetano’s was once owned by Denver’s most infamous crime family with known ties to the mob, the Smaldone’s. In fact, from the time it opened in what used to be Denver’s Little Italy neighborhood, it was widely known to be the mob’s hangout. 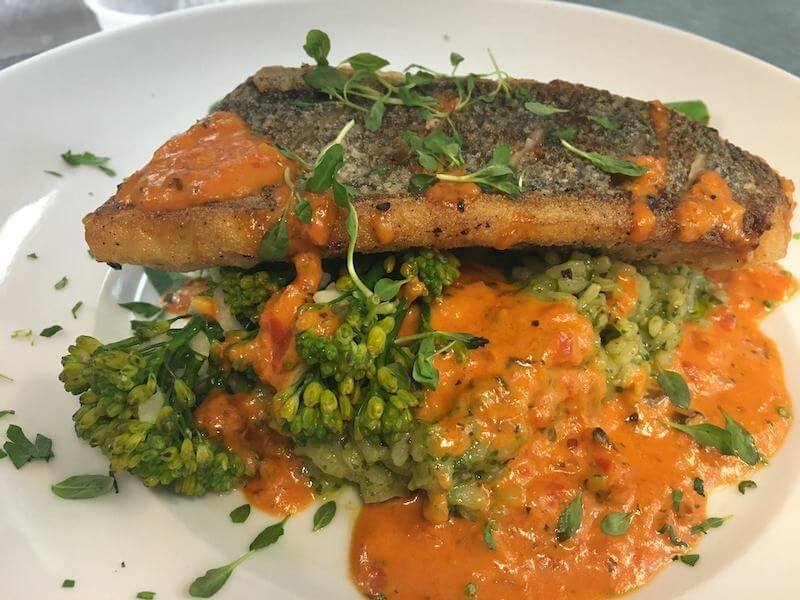 Today, it frequently receives accolades for being Denver’s best old-school, real-deal Italian restaurant. Their menu is bursting with all of your Italian favorites including burrata, hand-tossed pizzas, chicken parmigiana, and the best lasagna you may eat ever. 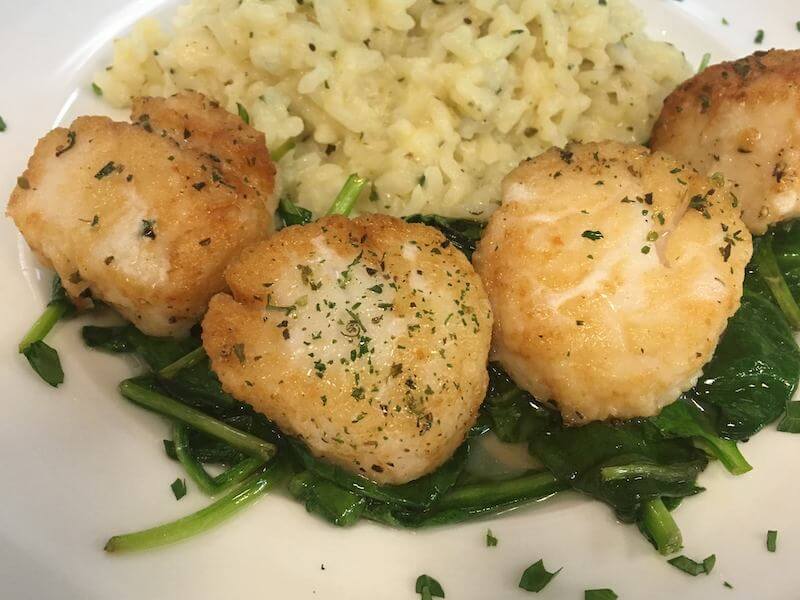 You may also get lucky and catch their Frank Sinatra impersonator entertaining the crowd. Quality food, outstanding history – check out one of Denver’s best Italian restaurants.

Another iconic diner in Denver, this one is open twenty-four hours a day and is quite popular with the after bar crowd (as you can imagine).

If you happen to find yourself here with the late-night folk, you are sure to have some of the best people-watching a diner can offer along with your meal.

But what keeps the people coming here is the old-school diner feel, with a wide-ranging menu that has become synonymous with the classic American diner.  And even though the people-watching experience may fall off a little during the day, don’t let that stop you from sampling this classic Denver diner.

Built in 1892, The Brown Palace is Denver’s second-longest hotel operating in the city, and its distinctive triangular shape makes its mark on the map of downtown Denver. A symbol of luxury, the hotel today is a popular “splurge” destination among tourists (read: not cheap).

With no expense spared, the dining options within the Brown Palace reflect that same level of luxury. Ellyngton’s, in particular, is known for hosting extravagant champagne brunches. 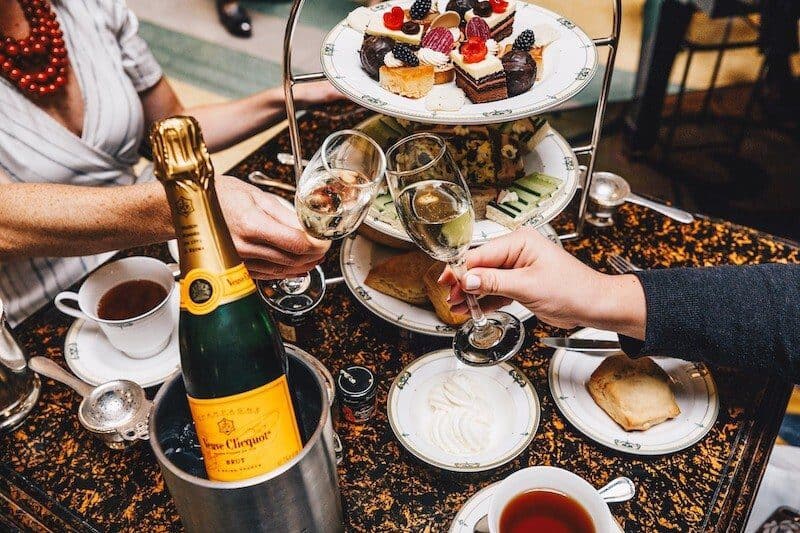 Or you can experience four-diamond fine dining among Napoleonic artifacts at the Palace Arms. The hotel even hosts a lovely afternoon tea, a la the United Kingdom.

For elegance with an international flair, make sure you visit the Brown Palace for an upscale dining experience.

Denver is a very sports-centric city, with professional teams in all major sports. For football, the city bleeds blue and orange for the Denver Broncos. And when it comes to the Broncos, there is no player/coach/whoever more loved and famous than John Elway himself. 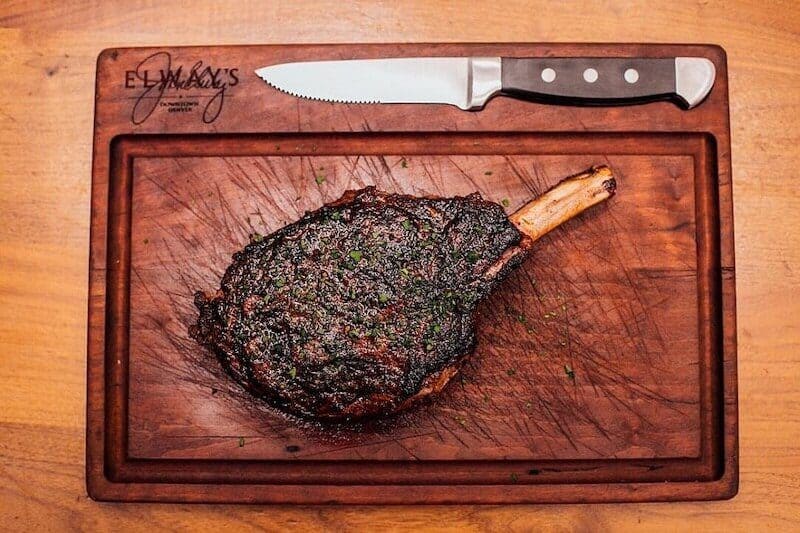 So it’s natural that a steakhouse opened by Elway would become a huge hit. But while the name may get people in the door, it’s the food that keeps them coming back. Hand-cut USDA prime steaks, amazing Colorado lamb, fresh seafood (for a land-locked state), and an amazing wine selection have all become synonymous with Elway’s Steakhouse. 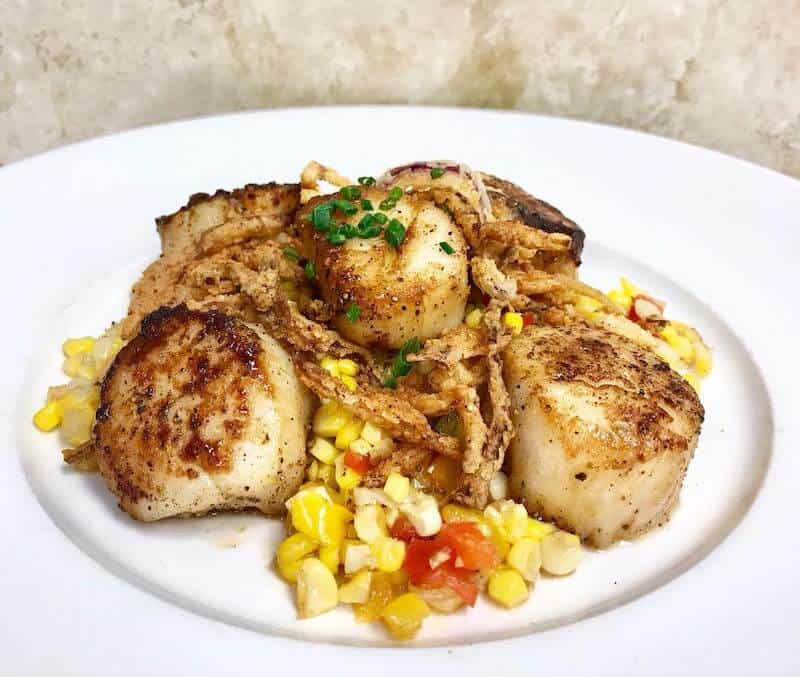 Even if you are not a Bronco fan, check out this “best of Denver” steakhouse.

The Fort is an iconic Denver restaurant with quite a peculiar history. It was originally constructed to be a family home, but the restaurant was added as an income-generator when the project went over budget. Once completed, they were open for business in 1963. 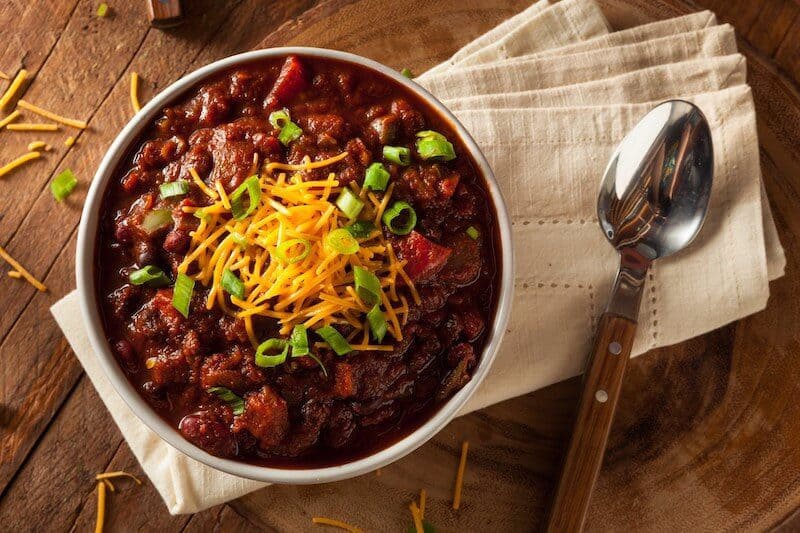 That same year, the family adopted a black bear cub (named Sissy) who wound up living at The Fort for nineteen years! She would greet guests and has even been memorialized into a children’s book.

Today, the Fort’s menu makes a contemporary twist on the same regional game mountain men and Indian tribes ate. Buffalo, elk, and quail are some of their staples, and they serve more than 80,000 buffalo entrees each year. 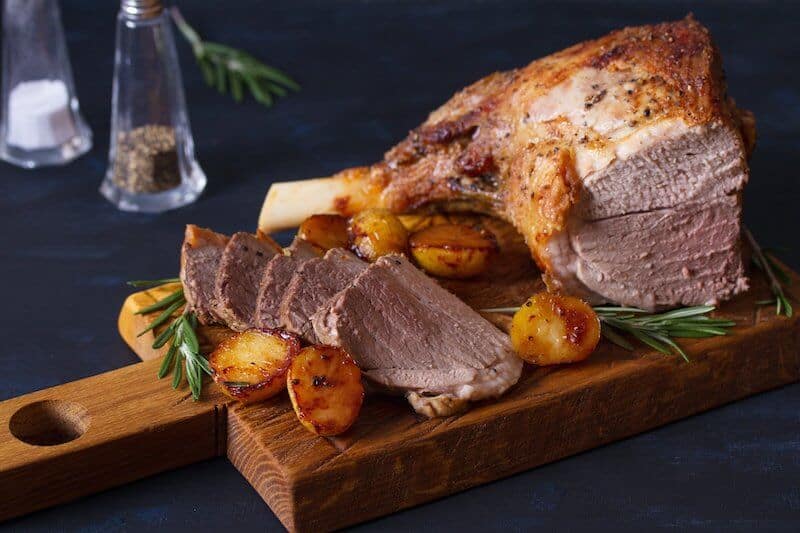 According to the restaurant, they are inspired by historic recipes and aim to reintroduce food trends of the 1800s into the modern era.  For a unique dining experience in Denver, visit The Fort.

You might not know it, but Chipotle was actually started right in Denver, CO. And while they have grown into a national delight, true Denverites will tell you there’s a bigger, better, more iconic dog in the fast-casual burrito game. And that, my friends, is Illegal Pete’s.

Serving up mission-style Mexican fare, Illegal Pete’s has all the usual suspects: burritos, tacos, quesadillas, etc. But here you can “spice up” your burrito with items like fried fish, queso, pesto sauce, or fried potatoes. It takes a little extra time to prepare (because everything is FRESH), but the Baja fish anything is to die for. 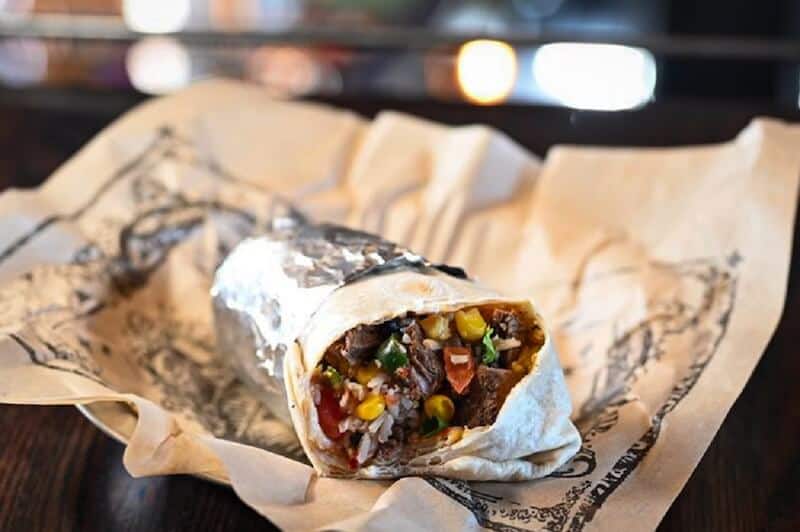 And, in addition to the amazing food, Illegal Pete’s also has a full bar and hours that cater to the late-night crowd. It’s no wonder this spot has such a cult following in Denver.  Look no further for great Mexican food in Denver.

Little Man is like a newborn baby compared to others on this list, having opened in 2008. But when it comes to amazing ice cream in the Mile High City, it just doesn’t get any better than this. 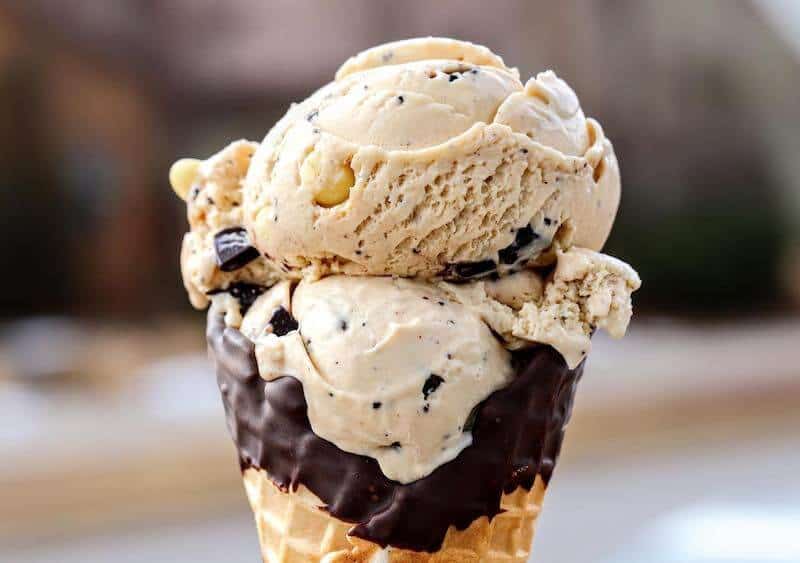 Known for their iconic milk-jug shaped building and inventive flavors, it is not uncommon to see the line wrapped all the way up the street. People flock to this spot in droves for fresh, homestyle ice cream and waffle cones made on site. 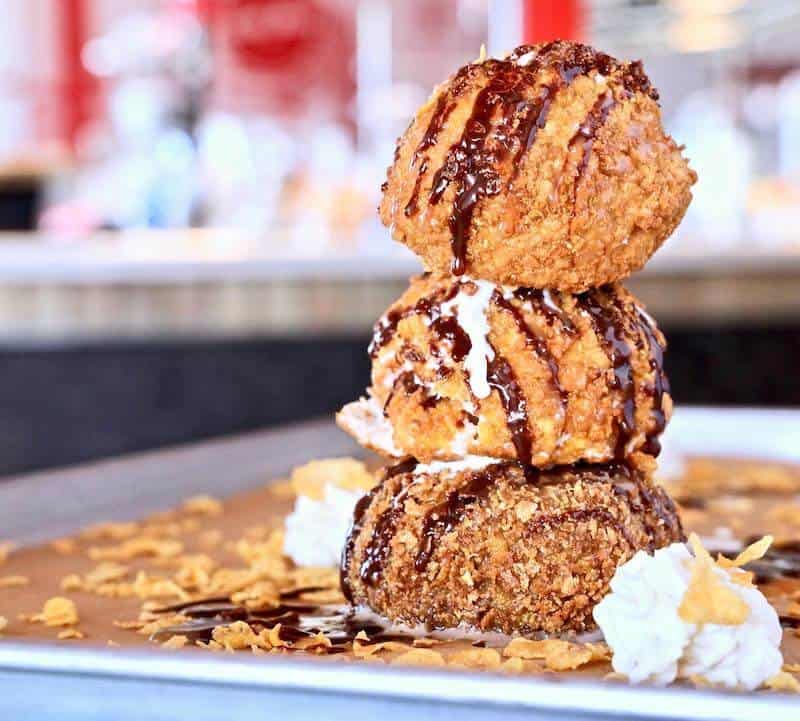 And while the flavors rotate, you’re sure to find something you will love. The salted Oreo is a particular fan favorite!  Sate your sweet tooth at this classic Denver restaurant.

Another historic spot on this listing, Charlie Brown’s has been around since the Prohibition Era. And when you walk in today, you can feel that it hasn’t changed much as time went on. The decor is somewhat dated and speckled with antiques and nods to their prohibition connection. 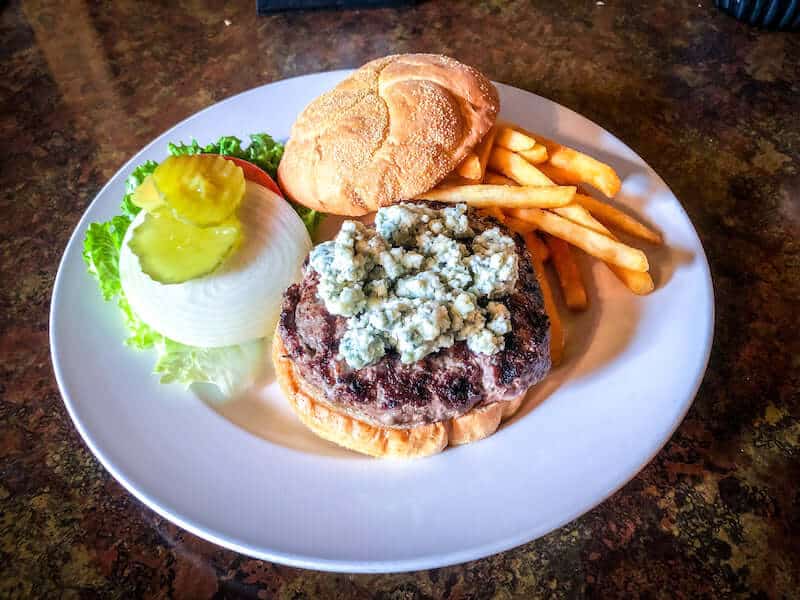 What you might be surprised to find out is that Charlie Brown’s is Denver’s oldest piano bar. And they still host nightly sing-a-longs!

As far as the food goes, you can find steak/chicken/seafood dinners, Greek specialties, or your standard burgers and pizza. 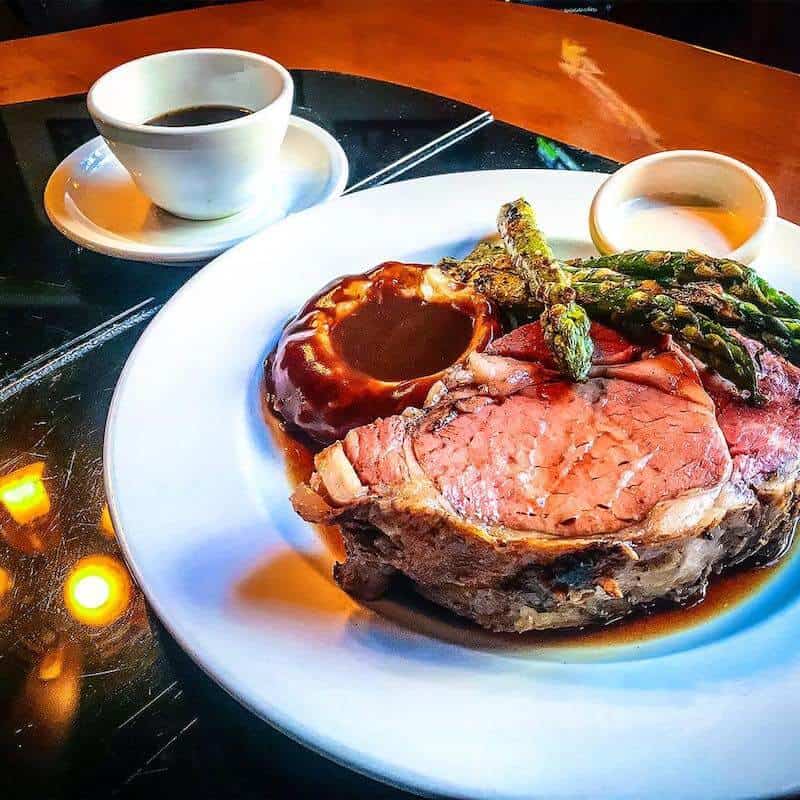 Whatever you order, it’s sure to be solid. And when it’s combined with live music and sing-a-longs with a lively crowd…does it get any better?

Pete Contos (RIP) was a Greek immigrant who came to Denver in the 1950s. He began working in local restaurants, and by 1962 he became a restaurant owner himself (his first of many) and began a legacy in Denver that is still alive and well today. 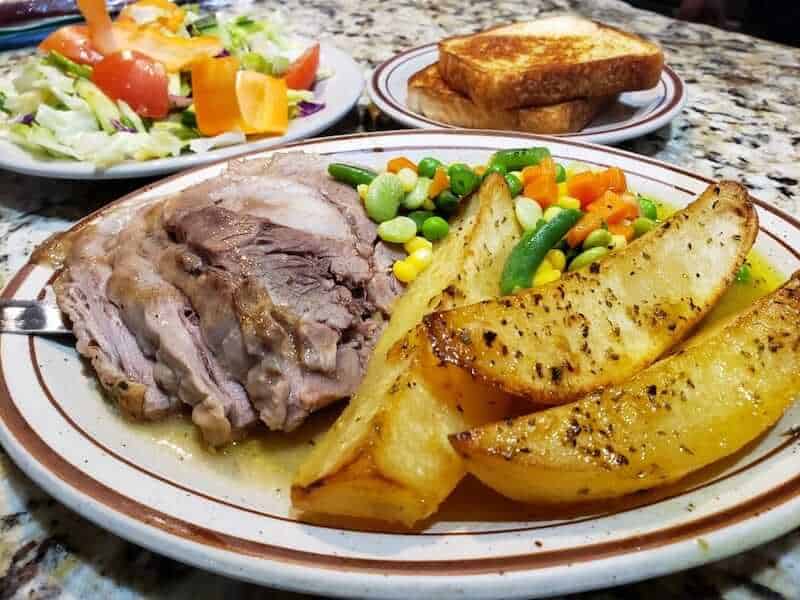 While you can’t go wrong at any of Pete’s restaurants, Pete’s Kitchen is a particular favorite in Denver. While the menu is diner-style and covers a wide array of items, you must try their Greek specialties. Whether it’s gyros, souvlaki, or kebabs, it’s guaranteed to be 100% delicious.  If you want to get super Greek food in Denver, Pete’s is the restaurant of choice. 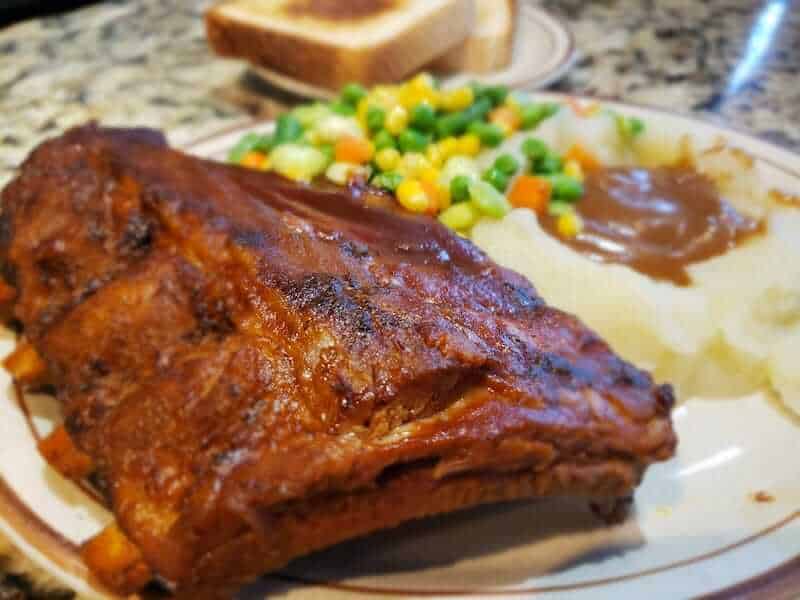 When it comes to eating in Denver, there is no shortage of amazing restaurants to try. But if you want to really dig into the history and significance of Denver’s restaurant scene, you simply can’t go wrong with any of these local icons.

Which of these iconic Denver restaurants do you most want to try? Let us know in the comments section below! 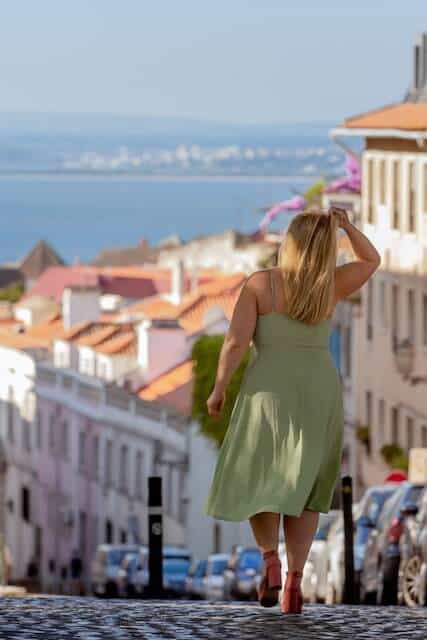 Kara is the one-woman team behind Destination: Live Life, a travel blog. After fleeing small-town life in Wyoming, she has called Denver, CO home for the last 12+ years. When it comes to travel, she appreciates traveling like a local, and never paying full price for a trip. And when she isn’t living that travel life, she can be found petting every dog that will let her, and laughing (loudly) at any opportunity. 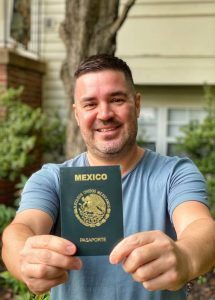