I just quietly completed a 30 day no drinking challenge. I didn’t announce on social media that I would be doing it. I didn’t even tell all that many people.

Why was I so quiet about taking on this challenge? Honestly, because I didn’t know if I would be able to finish. And, if I decided to quit or if I couldn’t finish, I knew I wouldn’t feel like answering a lot of questions about it.

Does not knowing if I can quit drinking whenever I want mean I have a drinking problem? I don’t know, maybe. Who’s to say? That’s probably a topic for another blog post, but I do know that I drink often and I often drink a lot.

As a food blogger, drinking’s pretty ingrained in the job. Tasting menus, wine pairings, happy hours, cocktail-making classes, vineyard tours, craft beer samples—the list of drinking opportunities goes on and on. But, to be honest, even before I started food blogging, I drank a lot. So, it’s not like my career path is to blame.

I thought about committing to Sober October or No Drink November, but I had events for both of those months, and I knew I’d be drinking at them. In the end, I came up with my own month long period: September 28th to October 28th.

I timed it so I would be able to start drinking again the day I fly to Mexico to take part in Dia de los Muertos, or the Day of the Dead festival in Oaxaca.

Most of the 30 days fell during a time I’d be traveling Peru with another blogger friend of mine. I approached him about the challenge, and he agreed to join me for my month of sobriety.

He didn’t do so well on the challenge—he was drinking by day 2. I won’t name and shame him, but if you kept up with me on social media while I was in Peru, it won’t be hard to figure out who it was!

So How Do You Think I Did On the Challenge?

I will say that when I started the challenge, I gave myself a small out. I was on the wait list for two of the literal best restaurants in the world in Lima—Maido and Central. I told myself that if I could get into those restaurants, there was no way I’d skip out on the tasting menus with wine pairings. They were once in a lifetime experiences.  But, other than that, I committed to no alcohol. 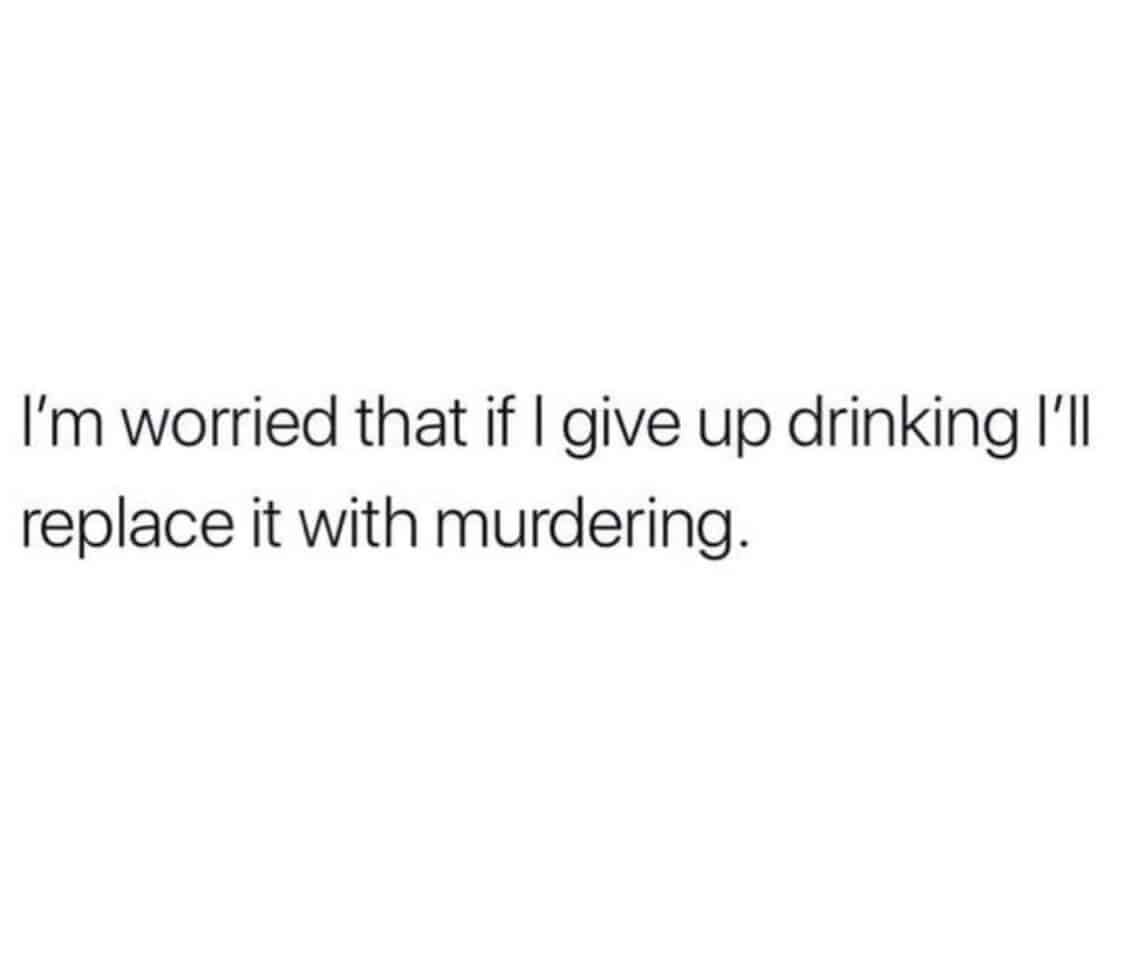 Of course, the night before the challenge, I went out. Probably because I knew it was my last night to drink, I had a pretty big night out. The next day, I started the challenge with a hangover. In a way, that was a great strategy. It was a good reminder why you should be excited for a sobriety challenge—a hangover-free month! 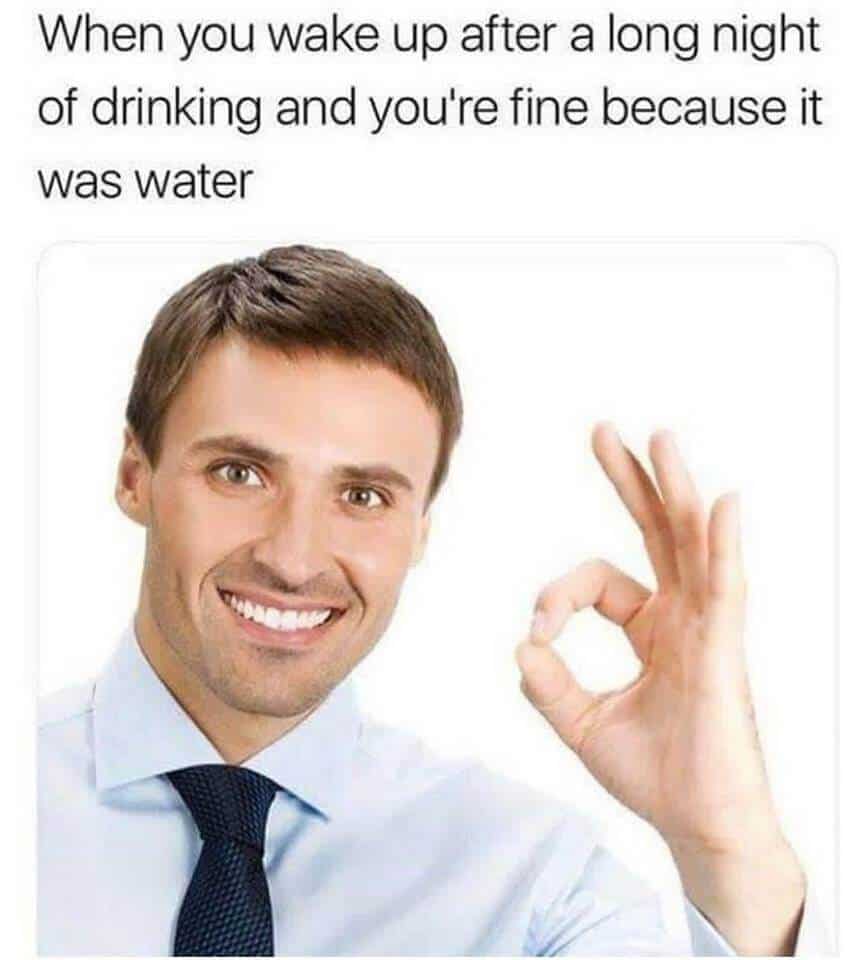 The first night of the challenge I went to a restaurant that serves typical Peruvian food. I ordered anticuchos (marinated grilled beef heart) for my appetizer. The entire time I was eating it, I found myself thinking about how much better it would taste with red wine. Some foods, like red meat, just really are better with a pairing.

I am fully convinced a steak tastes better when you wash it down with a glass of red wine.

Burgers and Mexican food are best served with beer.

Cheese plates must be served with wine.

But, I didn’t order wine with my meal. It was still good- if you haven’t tried grilled beef heart you should, but I maintain it would have tasted better with a Pinot Noir or Cab Sav to wash it down with.

Is It Difficult to Not Drink?

No, not drinking isn’t difficult at all. As it turns out, it’s actually quite easy. When the waiter asks what you’ll have to drink, you just say you’d rather have water, either flat or sparkling. You can also spring for whatever kind of juice you’re in the mood for, or decide if you want your tea served hot or cold.

In some ways, not drinking is easier- no perusing the wine list or trying to sort out pairings.  Red meat, white meat, fish, poultry—water goes with everything!

So, while not drinking turned out to be easier than I expected, I did find it a bit boring.

I’m not saying I have to drink to have fun, but I am saying I’ve had a lot of fun drinking. 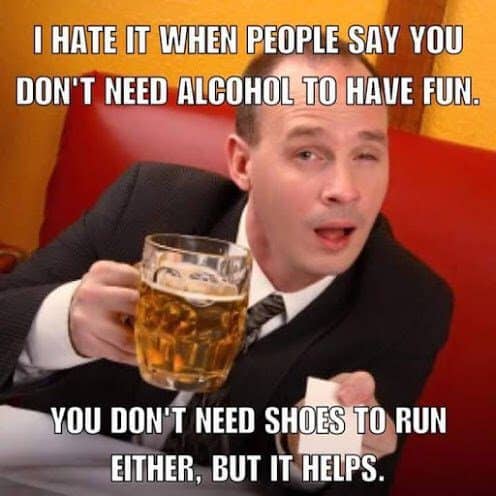 When you travel long term, drinking is almost a part of the culture. You’re always meeting new people, and they’re usually on shorter trips or vacation. It’s always someone’s birthday or first or last night in town. There’s always a reason to go out for drinks.

And I still did go out. I continued to visit bars and even a toured a pisco factory where free samples were handed out at the end of the tour.

Did I feel tempted or a strong urge to drink? Not really.

If anything, it wasn’t the alcohol that made it difficult to say no, but just the fact they were free. Turning down free drinks is just not in my DNA.

What About All the Benefits?

If you check out the (supposed) benefits of giving up drinking for a month, you’ll find things like better skin, better sleep, and weight loss.

Aside from better sleep, I’m going to call BS on everyone of those.

One friend who saw my Instagram stories commented that my face looked thinner, but that could also be because while in Peru, I’ve been doing a lot of hikes and trekking—literally climbing mountains.

But, weight loss from not drinking? I haven’t noticed any.

One sobriety study I read mentioned benefits like decreased blood pressure and healthier liver function. Maybe my challenge did improve those things, but I can’t say for sure. I didn’t work with my doctor on this. That’s mostly because, as a nomad, I don’t have a doctor.

I will say my sleep was better. I can’t argue this point. Over the last thirty days, I routinely got 8 hours of sleep a night, sometimes more. It turns out, when you don’t drink a liter of wine before bed, you don’t have to wake up to pee three times a night and you get more sleep.

One night, during the second week of the challenge, I slept more than nine hours—this never happens!

The same study also mentions how much money you’re going to save. I’m sure I saved some, but I don’t track expenses.

I have to admit that all the designer teas I drank weren’t  much cheaper than cocktails, but then again, I wasn’t having six to eight teas a night. So yeah, I probably saved some money. But that’s a bit of a no brainer, isn’t it?

Another study I read suggests you may start craving sugar. Fortunately, this didn’t happen to me either. If it had, that would have been a drastic change for me, as I don’t eat much sugar anyway. I’m more of a salty carbs kind of guy.

I know everyone is different, but if you’d like to set out on a challenge like this to lose a lot of weight, you might end up disappointed. If you’re doing it for better sleep, you’re going to love it.

So, How Many Times Did I Cheat or Slip Up?

Not once. Not even a half sip of anything just to say I tried it.

Not once during the month was I even overly tempted. My predominant attitude was, “this challenge is boring and a bit dumb, but I committed to it so I’m going to see it through.”

At one point, about halfway through, I thought “Ok, so you’ve show yourself you can do this. It’s not difficult, you’re not having issues with it, why keep it up?”

Because I committed myself to doing it, I didn’t want to be a quitter, and it’s only 30 days. It wasn’t a two week challenge, it was a month long challenge.

So What Did I Learn?

I learned it’s not difficult to not drink.

I learned some foods really do taste better with alcohol pairings.

I learned that keeping a promise I’ve made, even if that promise was just to myself, is more important to me than I realized.

And I also learned I do not have a problem with drinking. After all, I can just stop on a whim with no issues.

And, I learned I should practice everything in moderation, including moderation itself.

Will I start Drinking Again?

Yes, as soon as this challenge is over.

Like I said above, I timed this challenge so I’ll finish when I arrive in Mexico for a festival that’s been on my bucket list for years. There’s no way I’m headed to Oaxaca—the land of mezcal, and not partaking.

That being said, one of my friends (the same one who was drinking by day two of our challenge) sent me a German study that said something like 70% of people who gave up drinking for a month consumed markedly less when they took up the habit again. That wouldn’t be the worst thing ever.

Have you ever tried a 30 day no-drinking challenge? If so, how did it go for you- what changes did you see? If you haven’t, would you try it? Let me know in the comments section below! 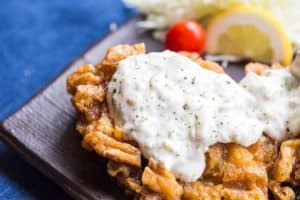